When you hear of Gwalior, you hear about the sprawling fort of Gwalior, Raja Man Singh Tomar and Rani Mriganayani, and other such details. There is one aspect that is not celebrated perhaps the way it should be. The Gwalior Fort complex is situated atop a hill called Gopachal Parvat. Between the 7th and 15th centuries, for the most part under the Tomar rulers, the entire hill, or rather the rocky cliff-sides of the hill were carved out to create about 100 towering statues depicting Jain Tirthankaras. Archaeologist James Burgess describes them as “The most extensive series of Jaina caves known to exist anywhere.”

There are as many as five clusters of monuments that surround the hill. As you drive up the gateway to the hilltop fort, on either side of the road is a group of caves known as the Urvahi group or the Siddhanchal Caves. The rock-cut figures are massive, and the tallest of them all is here: Rishabhanatha or Adinatha, the first Tirthankara, looms at over 58ft. 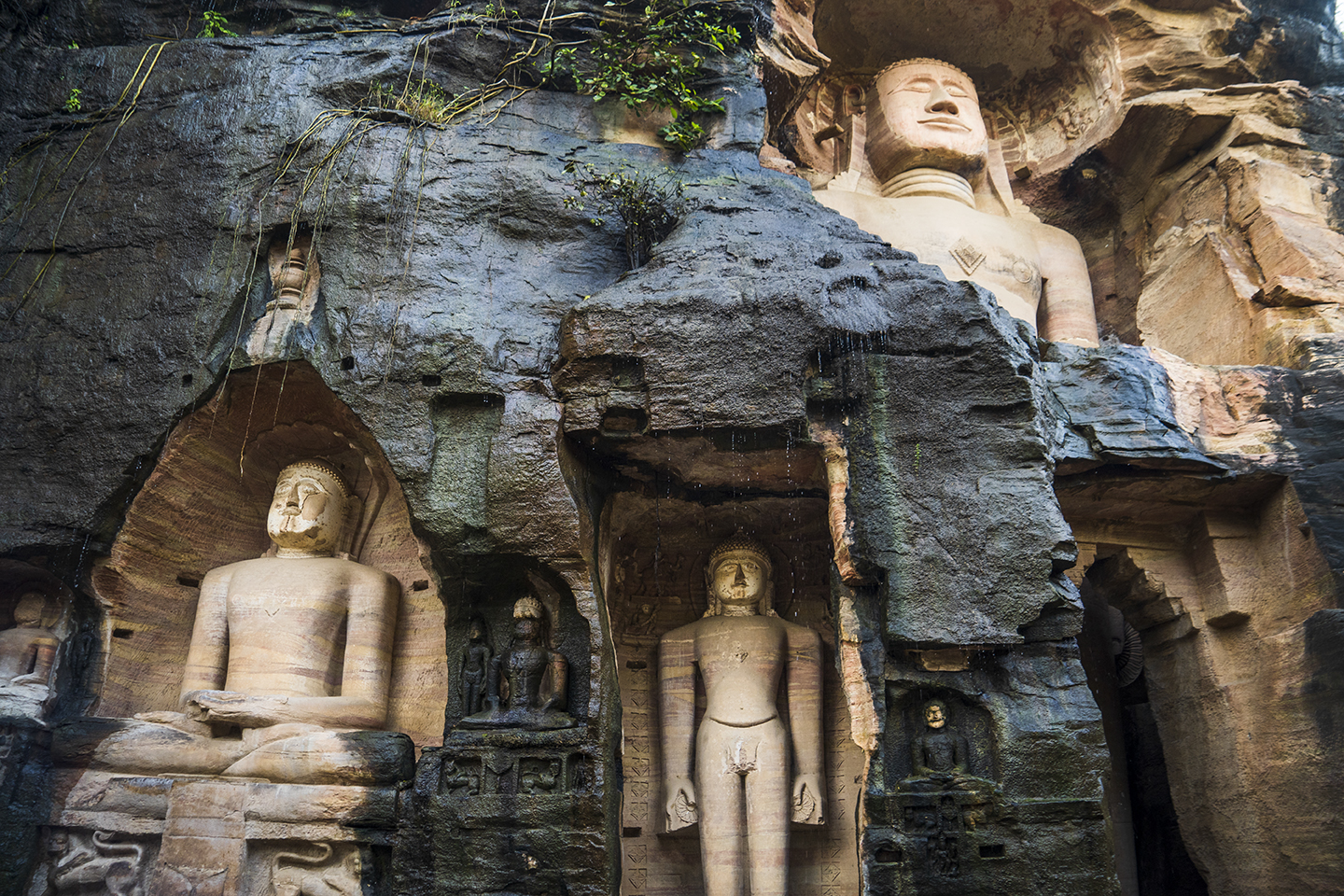 The south-eastern cluster falls under the care of the Gopachal Parvat Sanrakshak Nyas, a Jain community trust that has deemed the area to be an ‘Atishya Kshetra’ – a spot where something mystical has taken place. Over four decades, Ajit Variya, Trustee, has done heroic work in maintaining the environs and keeping them clean and safe from encroachments. Also called Ek Patthar Ki Bawadi, there are 26 caves here with pride of place occupied by Bhagwan Parsvanath depicted with a serpent cover over his head. The oldest structures, Trishalagiri, are to the south-west, and there are two other sets – all relatively difficult to access.

In the typical style of Jain iconography, the sculptors used naked forms to honour their spiritual teachers. However, a few decades after they were completed, the statues offended Babur. He notes in his memoir: “…these figures are perfectly naked, without even a rag to cover the parts of generation… I directed these idols to be destroyed.” The statues were defaced and desecrated around 1527, mutilated by chopping off faces, limbs and sexual organs.

Some of the damage has since been restored, but what the stunning Jain colossi of Gwalior really needs is a stronger spotlight shining on them. 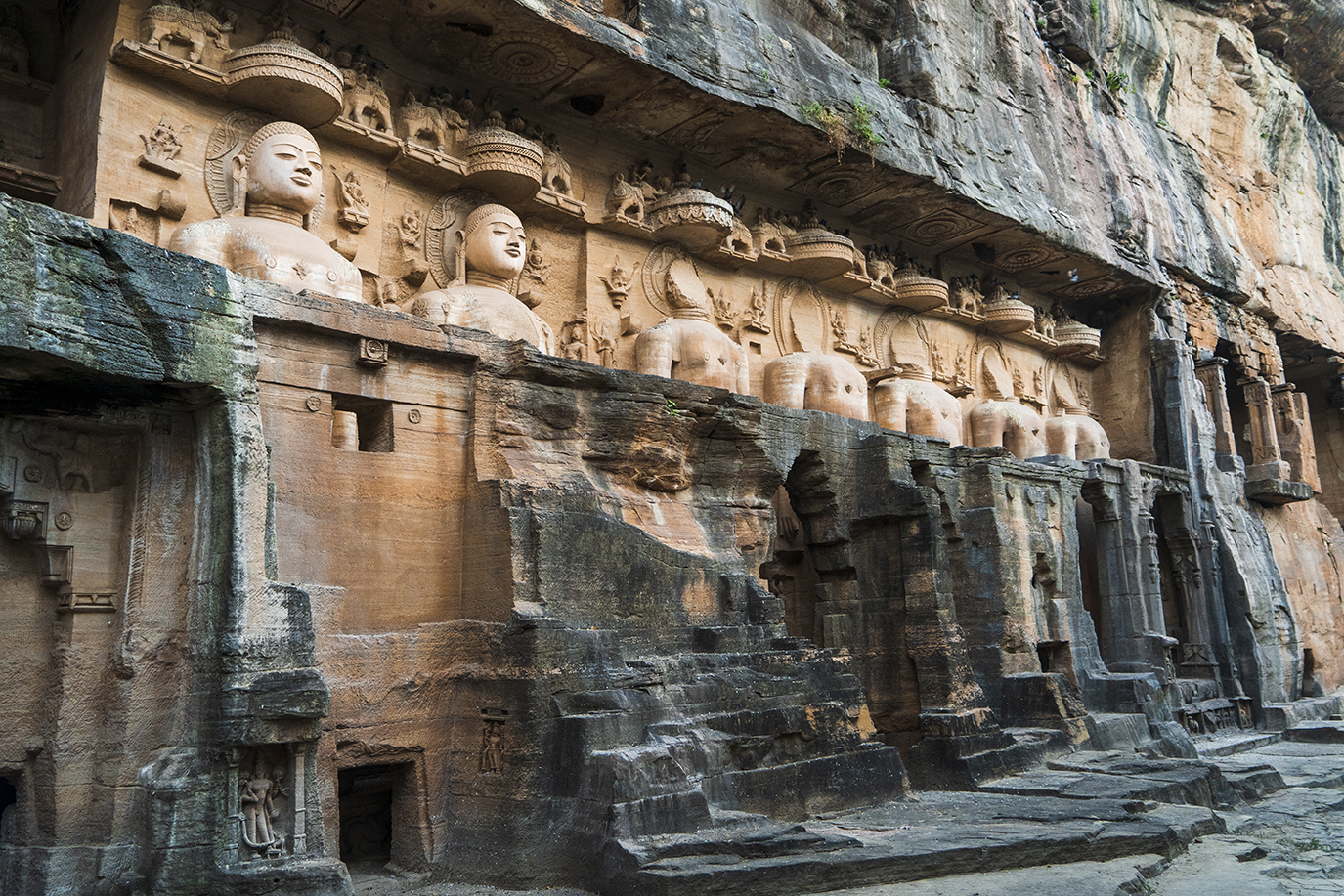 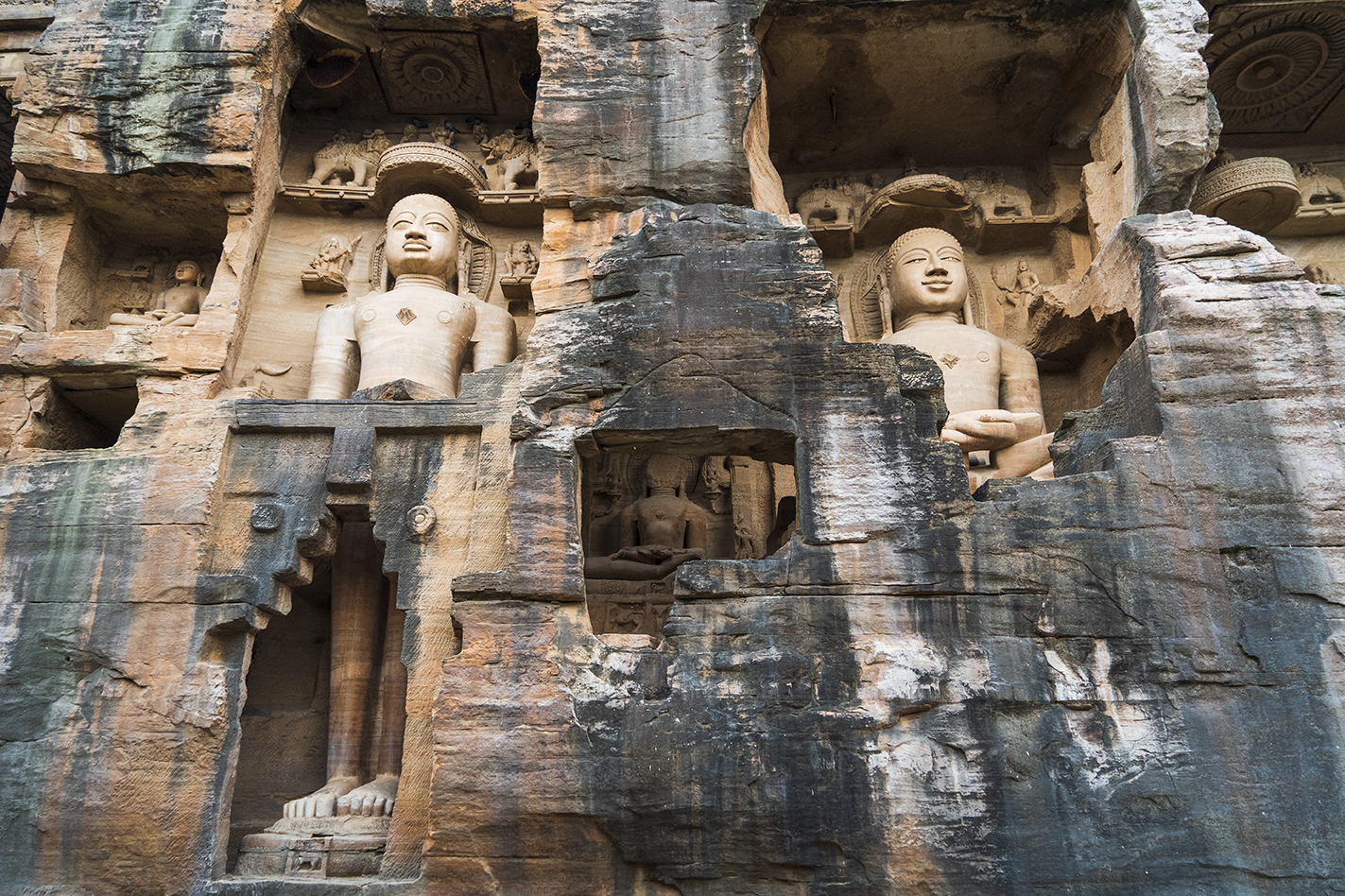