Most tourists to northern Madhya Pradesh definitely include Gwalior and Orchha in their plans. A little more time on their hands and they would also include Chanderi. However, there is a town on the way that is of great antiquity and significance that somehow gets overlooked in most itineraries. We are talking of Datia, which has been referred to in the Mahabharata as Daityavakra. The city once had numerous ancient temples and was so prominent a spiritual centre that it was dubbed ‘Laghu Vrindavan’ or ‘Small Vrindavan’.

If you happen to be approaching Datia from the north along NH44, you are very likely to pull up short in sheer surprise. A magnificent structure, built on a hillock, will meet your eyes and you will wonder why no one told you about the amazing seven-storeyed Datia Palace. An amalgam of Mughal and Rajput styles, this many-arched structure with 440 rooms, has a history to match. It was built by Bundela king Bir Singh Deo in honour of his friend and ally Jahangir. The emperor and his troops, it is said, only spent one night here before proceeding to Orchha. No one has ever occupied this palace but for that one night, the local guide declares. 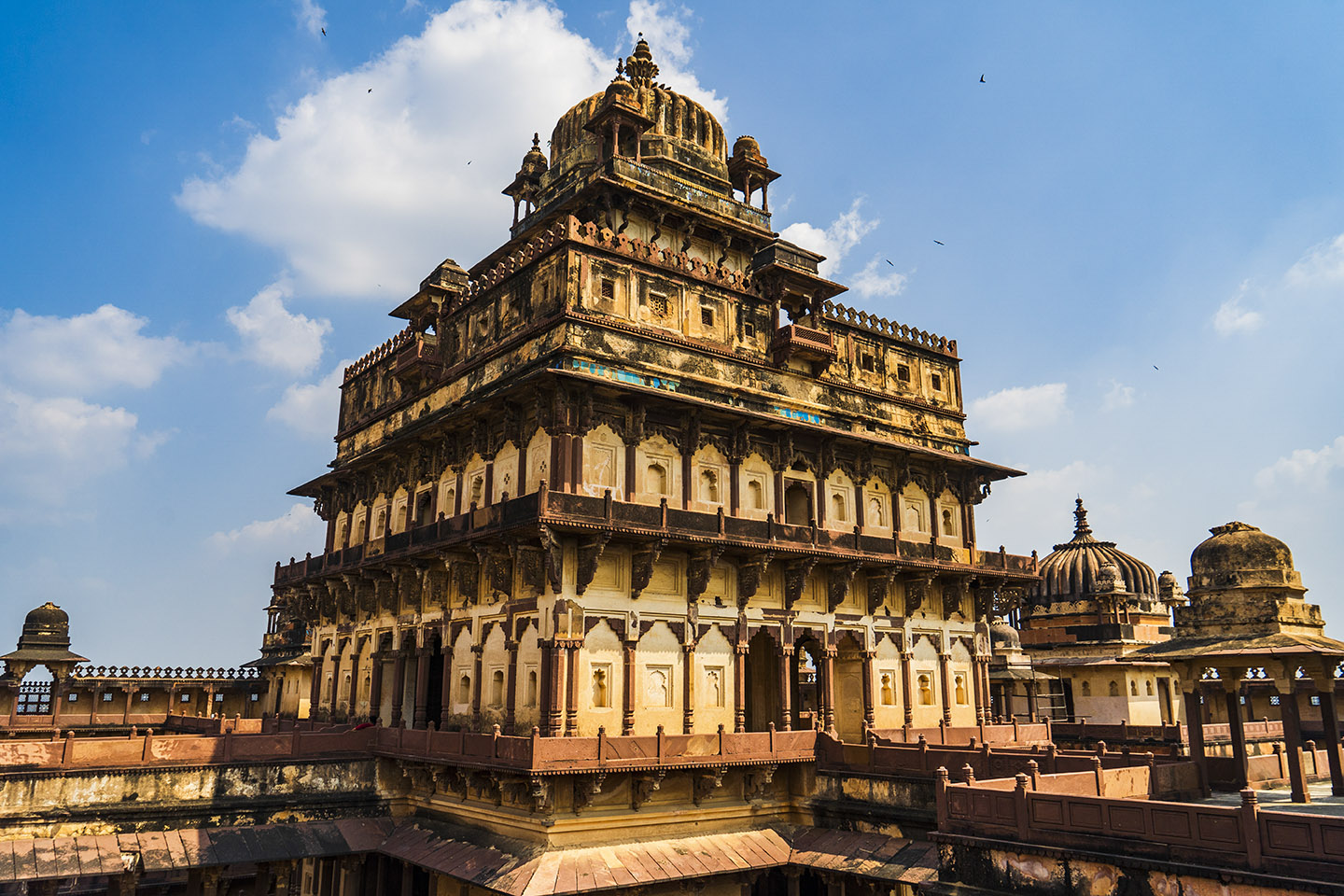 Datia also has the sacred Shaktipeeth Pitambara Mata Mandir where, apart from the main Goddess, there is also Vankhandeswar Shiva in the form of a shivalinga that has been dated by Archaeological Survey of India to belong to the same period as the Mahabharata. The temple continues to be a major centre for Vedic learning.

Do make some time for this hidden gem.

Datia is 77km/2 hours from Gwalior and 49km/1 hour from Orchha. The town can be visited as a day trip from either city.

Datia station falls on the Delhi-Chennai mainline and hence is well connected.

Reaching Datia by road is most convenient as buses from all the major cities run to this town.

Gwalior Airport which is 67 km away is the nearest airports from Datia.