From a distance, we spot Devi Vasini, the lofty hill at the centre of the town of Dewas. We are drawn to it, perhaps in the same way the famous English novelist EM Forster must have been over a century ago. For locals however, this is a sacred hill. It is “Mata ki tekri” (mother’s hill), where goddesses (devi) reside.

From the lower terminal on AB Road near Bhopal Square, we take the Maa Chamunda ropeway, launched in July 2017, to the summit. We walk along the parikrama (path) to the temples. One is dedicated to the goddess Tulja Bhawani (Badi Mata) and the other to Maa Chamunda (Chhoti Mata), the latter’s image carved into the rock face. A circular path connects the two temples. “Devon ka vaas—Dewas” says the priest to us, as he explains that the town’s name means abode of gods and that Chamunda Devi is a manifestation of the collective energies of all the gods.

Priest at the Maa Chamunda Temple.

But beyond the religious, there is another aspect of this hill of the Devi that holds our attention. What prompted an English novelist to come all the way from Surrey to this part of the country? EM Forster we learn visited India at the invitation of his friend Syed Ross Masood, whom he had once taught Latin. And it was Sir Malcolm Darling of the colonial Indian civil service, who introduced him to the Maharajah of Dewas.

The deity, Maa Tulja Bhawani, at the temple on Devi Vasini, the hill at the centre of the town of Dewas
Abhinandita Mathur

Forster had read many books on India and was bowled over by the lyrical beauty of Kalidasa’s Sakuntala. Following Kalidasa’s footsteps he’d travelled to Dewas in October 1912 (and Ujjain later that year), hoping to find some material connection to the Sanskrit poet. However, he admitted defeat, noting: “Old buildings are buildings, ruins are ruins.” He chronicled his journeys to various other sites in his travel essay Adrift in India: The Nine Gems of Ujjain. In 1921 he returned to India and worked as private secretary to Tukojirao III, the Maharaja of Dewas Senior. He’d brought the unfinished chapters of what was later to become his most famous book, A Passage to India, hoping the surroundings would inspire him. On the contrary, the exact opposite happened. Only when he returned to England, did he eventually complete A Passage to India in 1924.

Dewas was founded in the early 18th century by Tukaji Rao and his younger brother Jivaji Rao of the Puar clan of Marathas. They came to Malwa with the Maratha Peshwa Baji Rao in 1728. The brothers divided the territory between them, and their descendants ruled as two branches of the family. After 1841, each branch ruled his own dominion as a separate princely state—Dewas Senior and Dewas Junior. In the capital town of Dewas, the two sides of the main street were under different administrations, and even had different arrangements for water supply and lighting!

Based on his experiences at Dewas, Forster wrote a non-fiction tale The Hill of Devi, in 1953, which was set in this nondescript kingdom. The book offers an insight into the life of Indian royalty and revolves around the internal feud between two royal scions. The first edition of The Hill of Devi also includes plates with photographs of Forster’s visits, including a portrait of him and the Maharajah in traditional Indian clothes.

A curious traveler looking for material evidence of Forster’s stay in Dewas may face the same disappointment he experienced when looking for Kalidasa. There are no memorials or plaques commemorating Forster’s visit. The only legacy is the writing he left behind.

Getting there: Dewas is 32 km northeast of Indore and 40 km southeast of Ujjain. A drive from Indore to Ujjain can be routed via Dewas.

Hill of the Devi

Walking: There are two walking routes to the summit: 300-odd steps that take 30 min to climb, and a path that is longer but less steep and easier to negotiate.

EM Forster’s books based on this region 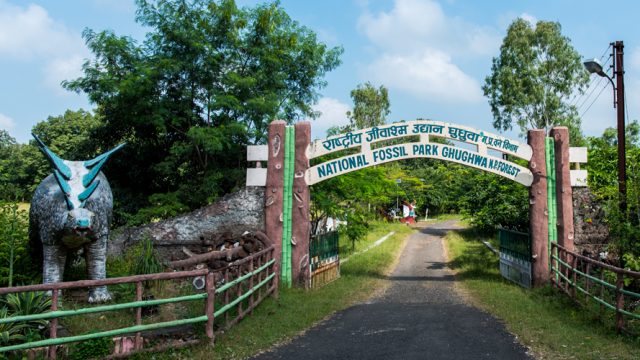 At an under-the-radar fossil park, examine 65... 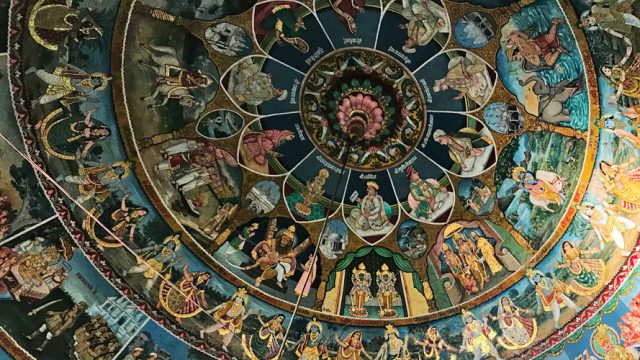 Burhanpur was once the cultural capital of the Mughals.... 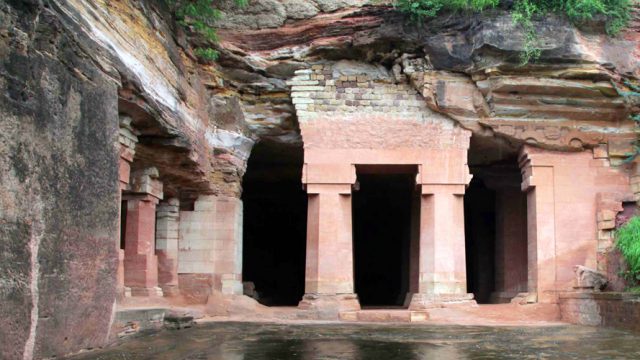 The endangered Buddhist frescoes of Bagh have been...