Some 45km to the north of Gwalior, in Morena district, in a quiet, sun-lit little town of Mitaoli, on an ancient rocky hillock sits a temple. Even though you reach the temple after climbing 100 steps, the view from the top is spectacular. This perfectly round temple has 64 small shrines along the circle, and at the centre, on a raised plinth, is a sanctum which was once occupied by Shiva and is locally known as Ekttarso Mahadeva. The open courtyard, in the centre, may have been used for rituals. The shrines all along the pillared veranda were made to worship and honour 64 female deities – known as yoginis, or alternatively, dakinis, shaktis or bhairavis. Embodying spiritual grace and harmony, a yogini is a practitioner of yoga representing divine energy that exists in all things.

The temple, barring a shivalinga in the central shrine, is abandoned today none of the others have the idols that must have been installed here when the temple was built in 1323 CE by the Paramara King Devapala. An important monument marking yogini worship that prevailed between the 7th and 15th centuries CE, this structure is very much on the lines of the Chausath Yogini temple in Jabalpur. The architecture is stunning, and it is believed that the Indian Parliament Building must have been inspired by this tantric temple (there is no evidence to make that connection, however). Alternately, it is also said that the temple was the venue for providing education in astrology and mathematics based on the transit of the Sun. 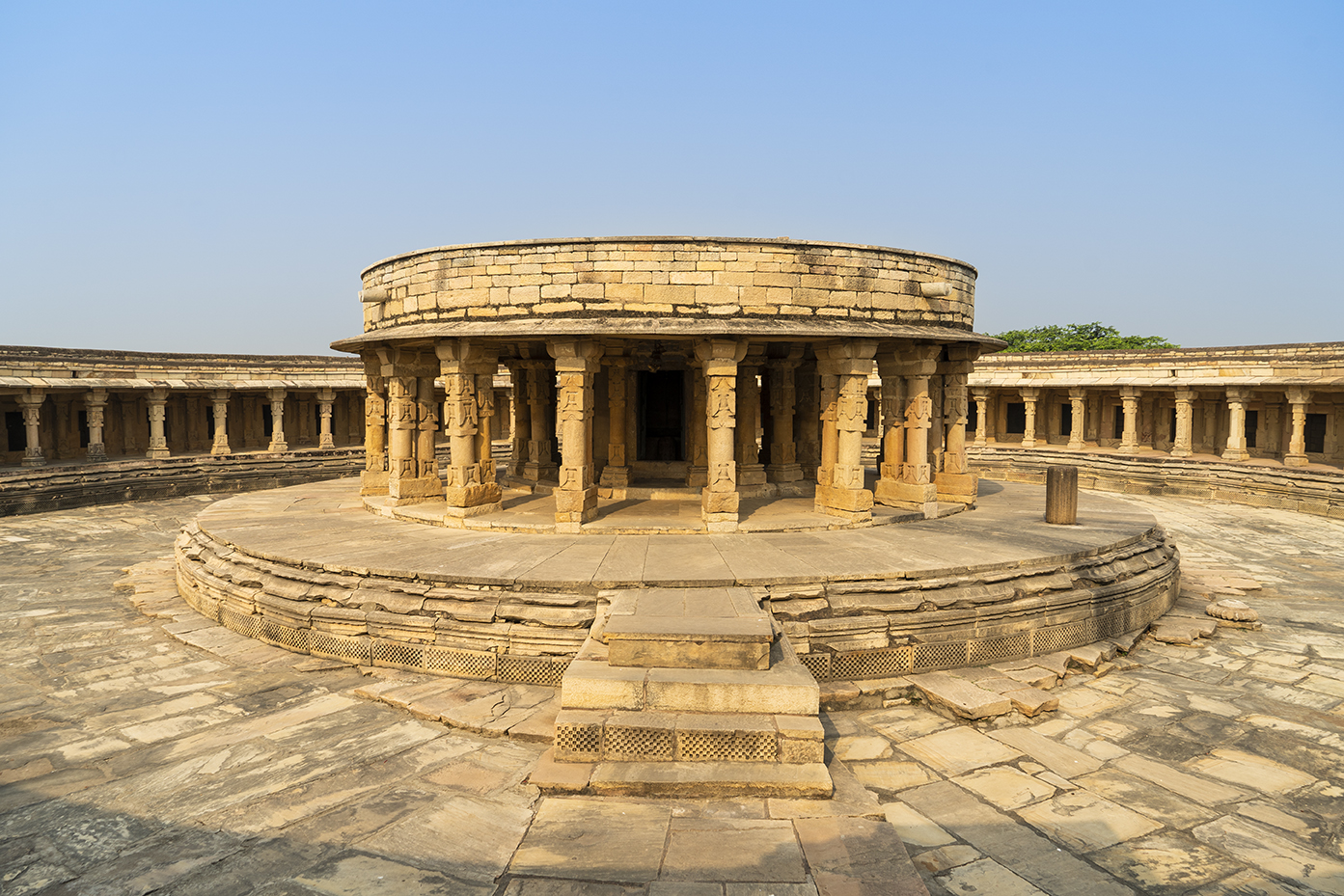 One of the outstanding features of this temple is a huge underground water storage facility that collects rainwater run-off from the main shrine through drain pipes – a proof of engineering and architectural expertise.

It is a strange place. Standing aloft a lone hill, this is not the forlorn shrine it could have been. It gives off a prickling energy, perhaps remnants of the power wielded by the 64 tantric goddesses who were once enthroned here.

Mitaoli is 45km/1hour 30 minutes from Gwalior via the Bhind Road. Alternatively, use the Gwalior Road and NH 44. Entry to the temple is free.