The northern regions of Madhya Pradesh are dotted with temples. Typically constructed with blocks of soft sandstone that is available here, these are intricately carved with every available surface filled with images of deities, social themes and narrations or floral motifs. It stands to reason that the craftsmen of this region were supremely talented, and that the art of stone sculpting was passed down generation after generation and to their disciples and. 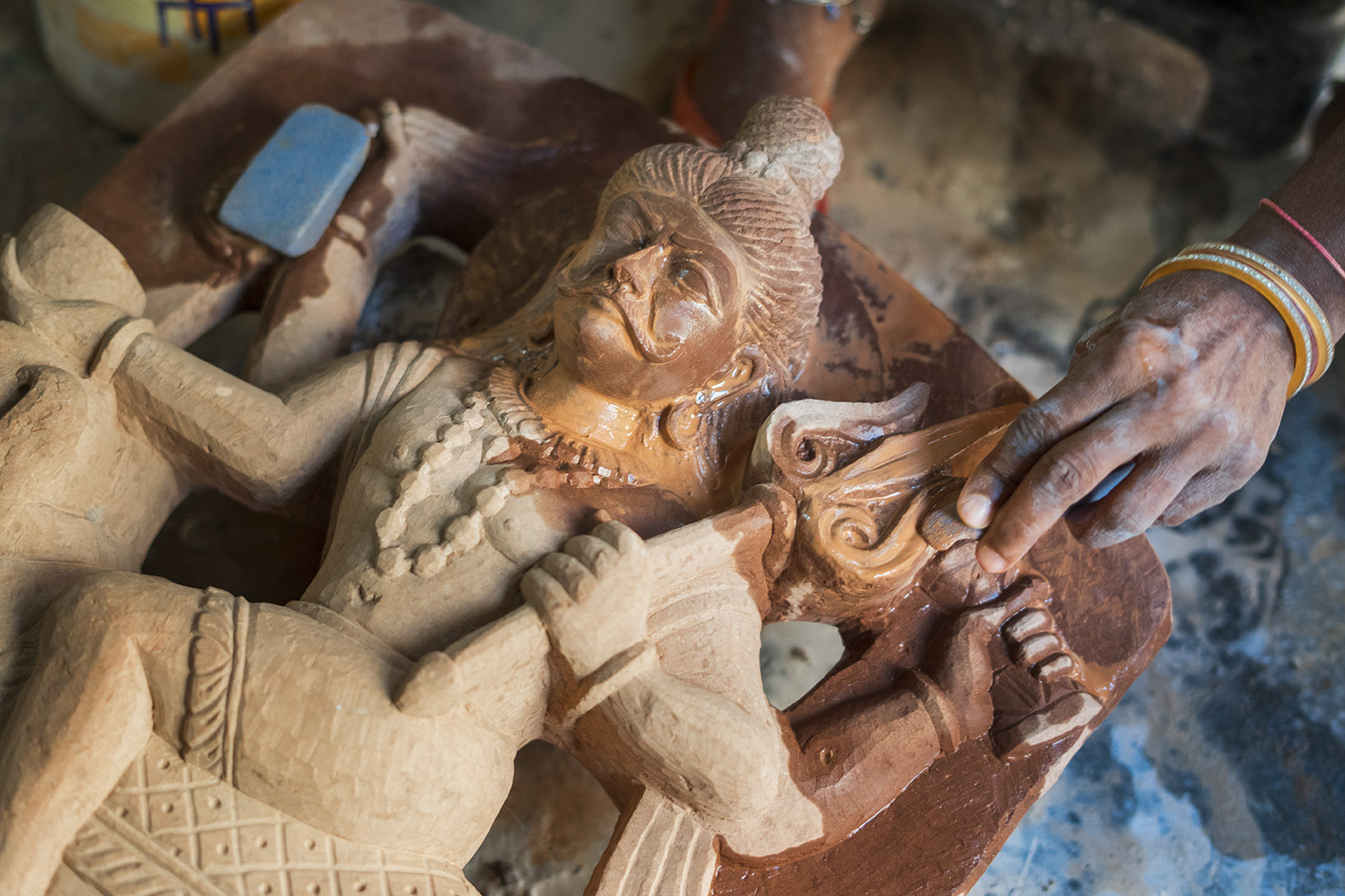 A woman polishing a Shiva sculpture

Of course, times have changed, and sculptors have dwindled. However, there is one corner of Gwalior, where the people of the Vishwakarma community still live and work. The very name is rife with legend. Together with other kinds of craftsmen such as carpenters and metal smiths, the stone masons claim the lineage of the deity Vishwakarman, the divine engineer of the Universe. 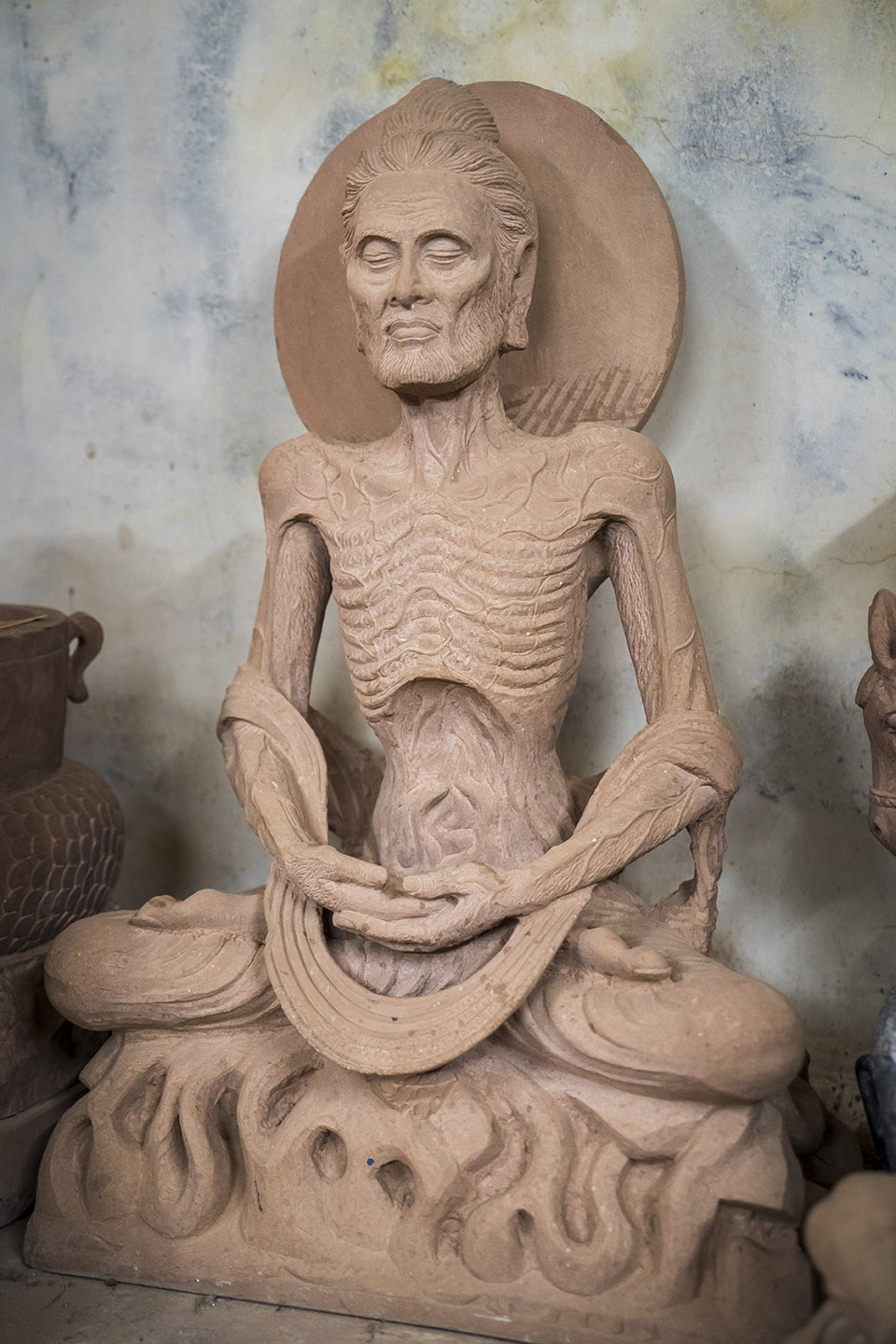 Sculpture of the fasting Buddha

Plunging straight into the chaotic bustle of Gwalior, find your way to a street called Gendewali Sadak. Traverse through the narrow market road, and ask your way to the Moortiwala Mohalla, the locality of the stone carvers! Reports vary but there could be as few as 30-50 sculptors here who still follow their traditional craft.
What is the work they do? Fortunately, there are still temples being made, people often commission small shrines for their home. In another workshop, a young man is making deft striations into the stone, referring now and then to a photograph of an old man. Someone’s father has passed away and they would like a memorial. This one is costing the family INR10,000 and will take eight days to make. 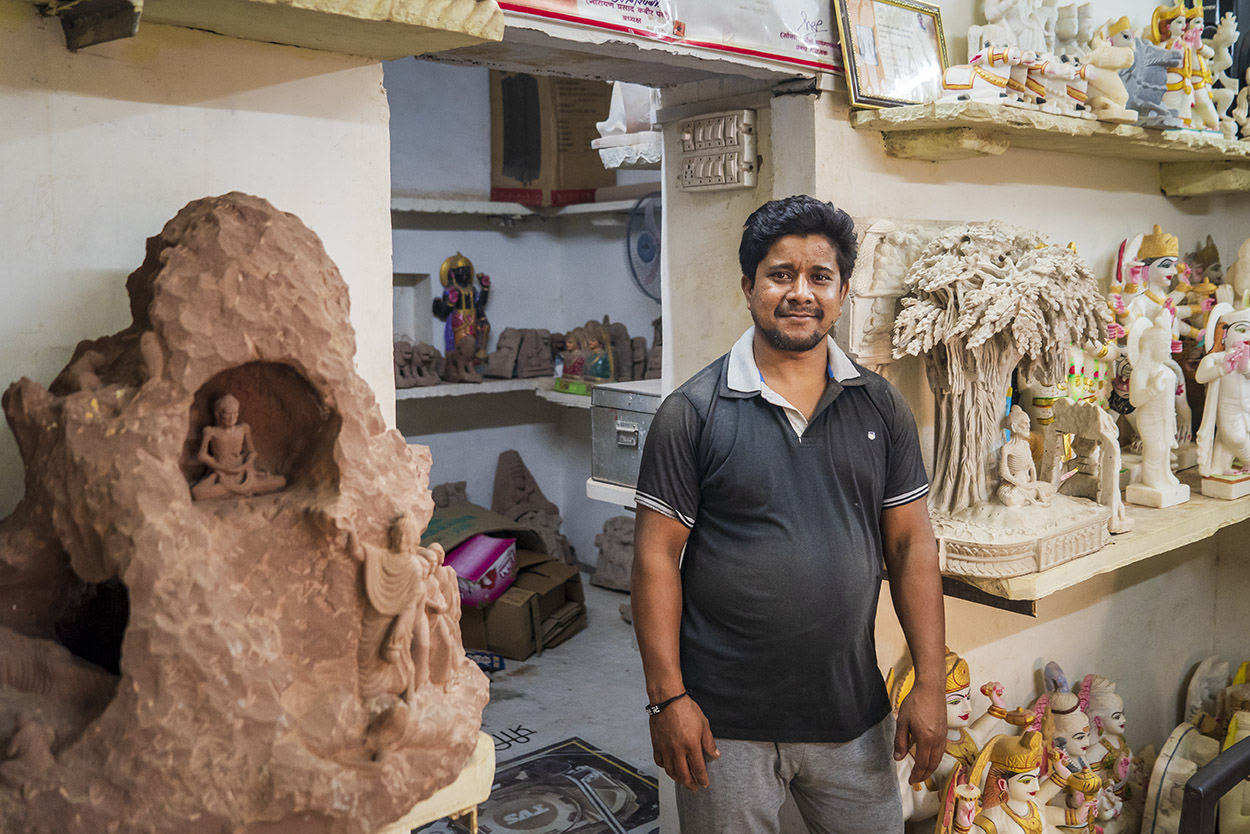 There are a few collections on display for sale. Standard images of Hindu deities, a few models of the Buddha, some made with marble from Jabalpur, some local sandstone. “My son won’t continue with the craft,” says Manoj Vishwakarma, “He goes to college, and stone carving with all the dust… it’s messy work.” In another shop, Satish Vishwakarma shows off his award-winning work: two finely made pieces illustrating episodes from Gautama Buddha’s life. Other sculptors too are preparing their inspired work for submission for state awards.
These are not conducive times for their art but these artists are keeping the art alive.

IMPORTANT INFORMATION
Getting There
Gendewali Sadak is situated in a locality called Sheikh ki Bagiya. It is near the better-known area
Shinde ke Chhawani.