Under the benevolent gaze of the Maa Chamunda temple in Dewas, the renowned Hindustani vocalist Kumar Gandharva built his home, Bhanukul, more than half a century ago. Today, this home has become a veritable museum, a monument to his legacy, and receives visitors from around the country. Like many before us, we reverentially enter the leafy compound in hushed tones, as if entering a shrine.

“Kumarji always used to say ‘Main Malwe ka aur Malwa mera’ (I am from Malwa and Malwa is mine),” his daughter Kalapini Komkali, also a noted Hindustani classical singer, tells us. Though he was born in Belgaum and raised in Bombay, he considered Dewas his “karmbhoomi” (place of work), she added.

We spot a swing in the veranda. It was his favourite spot in the house, we learn, and to this day family members avoid sitting on it—in deference to him. Kumarji’s nephew Bhuvanesh, also an accomplished singer, says, “All the trees in the compound were planted by him.” His dream was to have a house where the garden is always filled with blooms. And so it remains, to this day.

Kumarji’s entry into music was as sudden as his adoption of Dewas. He was a child prodigy. One day, after listening to some records of Abdul Karim Khan sahib of the Kirana gharana with his grandfather, he suddenly took to singing. He gave a stellar public performance in Belgaum when he was only seven, wowing the public with his musical genius. Though his real name was Shivputra Komkali, the audience bestowed on him the title “Chinna” (young in Kannada) or Kumar Gandharva (divine musician). The name stuck. By the time he was 9, he had already built a reputation across undivided India from Karachi to Hyderabad.

In one corner of the hall we see a captivating portrait of Kumarji as a young boy, wearing medals and an ornate cap. The story of that image is fascinating. After a performance in Kolkata in 1934, aged just 10, people showered him with medals. K.L. Sehgal, Pt. Omkarnath Thakur, and other luminaries of the music world were in the audience. Ustad Faiyaz Khan sahib, the distinguished Agra gharana vocalist, was so impressed that he went on stage, grabbed the mic and said “Beta mere paas koi jagir nahi hai, par agar hoti to aaj tum pe luta deta” (Son, I have no wealth or personal estate, but if I did, I would readily bequeath it to you today). He then took the cap off his own head and place it on Kumar Gandharva’s. All these medals, the sherwani he wore that day, the cap, are carefully preserved by the family.

Kumar Gandharva came to Dewas because he was suffering from lung tuberculosis and doctors had advised him to live in a place with a dry climate. Even though he could not sing for the first six years after he moved to Dewas, he found inspiration around him. The climate suited him immensely and he was eventually cured, though much damage had already been done. After six years without singing, he retrained himself to sing again, in madhya laya (mid-tempo), with just one lung intact. Inspiration came to him from many sources. The sight of farmers resting under the bakula tree while returning from the Friday market, inspired him to compose “Rukhwa tale”. He spent days with a local weaver, minutely observing the clatter of his loom for Kabir’s “Jhini Jhini Bini Chadariya”.

Bhanukul contains a wealth of memorabilia—compositions, letters, notes, recordings, his personal music library of 2,000 books, and his music collection. “We’re trying to make a separate museum to house all of this” his daughter explains. “People come here any time—from early morning to late at night. We feel very good about it, but sometimes we have to tell them, that it’s our home!” she adds.

On the walls of this home are photographs of the maestro shot by Raghu Rai, some with Vasant Acharekar, his long-time tabla accompanist. We see a silver tanpura and medal gifted to Kumarji’s wife Vasundhara, Kalapini’s mother, given to her for singing when she was only 14. A leading exponent of the Khyal tradition of Gwalior gharana, Vasundhara tai performed as a vocal accompanist to Kumar Gandharva for thirty years, solo performing after his death in 1992.

Another wall displays a first-day cover and stamp released in 1984, with Kumarji’s portrait by artist Vishnu Chinchalkar. Also on display are Kumarji’s Padma Bhushan and Padma Vibhushan, and Vasundhara tai’s Padma Shri. They were a rare husband-wife duo to bag these top civilian honours.

Another intriguing photo on the wall features Pandit Jawaharlal Nehru when he came to Madhya Pradesh in the 1950s, and Kumarji performed for him in Mandu. Ramubhaiya Date, the Collector of Indore and a father figure to Kumarji, is said to have introduced the two with the quip “Aap to politics ke Nehru hain, ye sangeet ke Nehru hain! (You are the Nehru of politics, he (Kumar Gandharva) is the Nehru of music!”

“We just cannot imagine any other place besides Dewas where he would have settled” says Kalapini. He is known to have moved classical music out of the rigid structures of gharanas. But as a singer, what he did for Malwa’s folk music and Kabir’s nirgun bhajans (formless devotional songs) is path-breaking. At one time, nobody knew anything about Dewas, Malwa, or Kabir, but Kumarji brought many of these traditions to the classical stage. Locals began calling him “Maharaj” as a mark of respect. Another title that stuck.

It began to rain as we bid goodbye to Kumarji’s kin. We set off from Dewas, cranking up “Sunta hai Guru Gyani” on the car stereo, thankful to both Malwa and Kumar Gandharva.

* Call and request a visit before heading over. 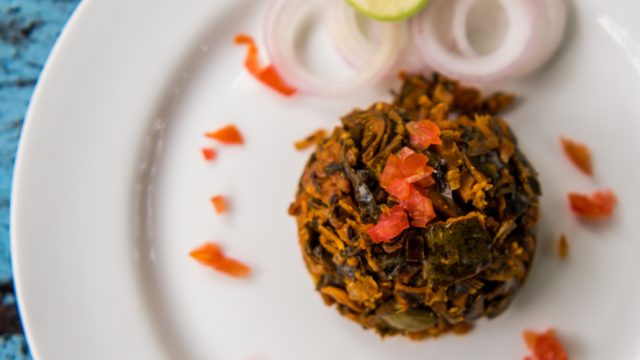 An evening walk through Jabalpur’s Sarafa Bazaar can... 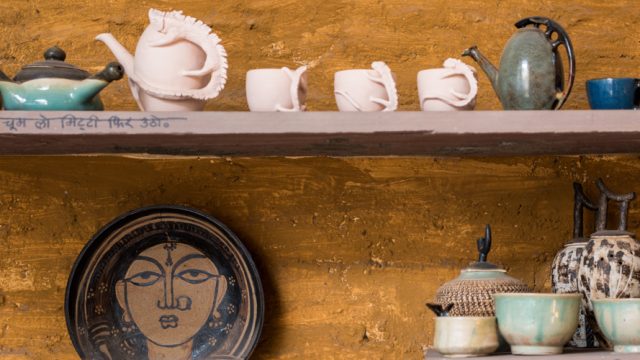 The little town that was once the home of the famous... 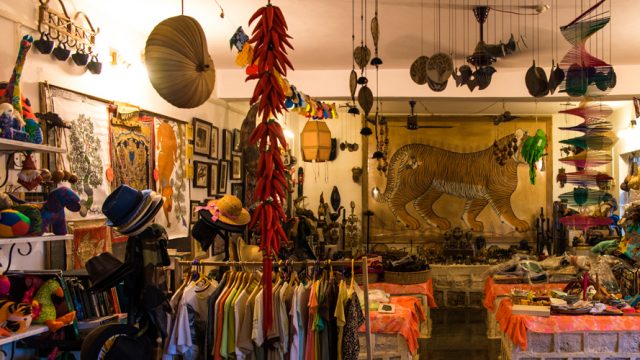 On the fringes of Bandhavgarh’s forests, local craft...