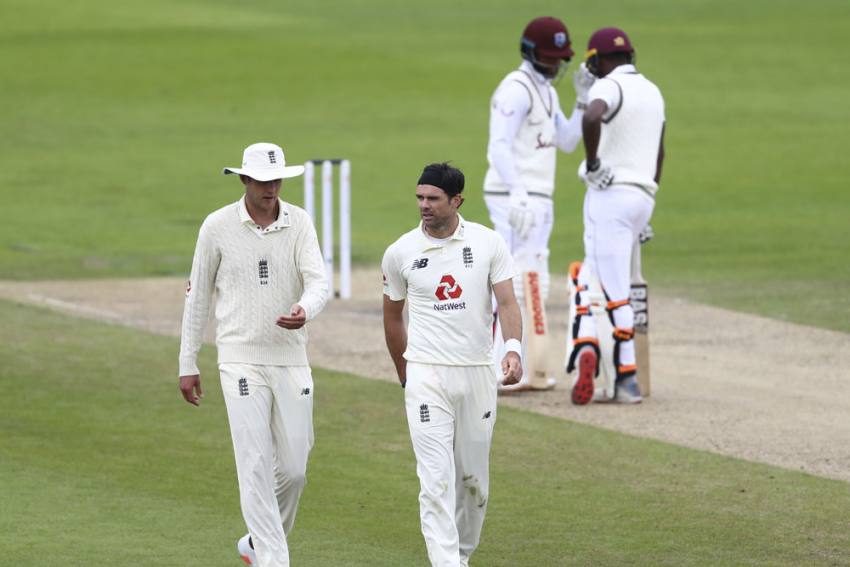 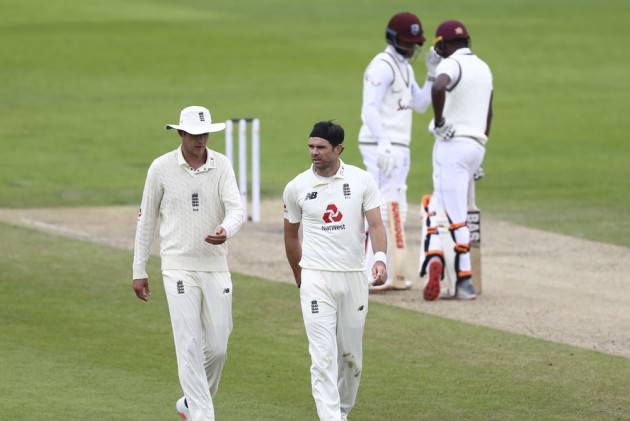 England pace battery overwhelmed the West Indies as the hosts take complete control of the third and final Test at Old Trafford, Manchester on Saturday. And it was England's veteran duo, James Anderson and Stuart Broad, who did the damage to the visitors. (More Cricket News)

When bad light forced an early end to second day's play for the second successive day, Windies were precariously placed at 137/6 in 47.1 overs with skipper Jason Holder and Shane Dowrich on 24 and 10 unbeaten respectively.

Anderson and Broad claimed two wickets each to rock the Windies top-order, then other pacers Jofra Archer and Chris Woakes chipped in with a wicket each.

Anderson, in the process, became England's leading wicket-taker against England. The 37-year-old right-arm pacer now has 87 wickets, one more than Fred Trueman's 86 scalps.

England still lead the Windies by 232 runs and once can sense an early finish to the match.

England resumed Day 2 of the series decider on the overnight score of 258/4 then witnessed a batting collapse with milestone man Kemar Roach ably leading the Windies attack.

But Broad played a counter-attacking knock of 45-ball 62-run to help England score 369 all out. Young middle-order batsman Ollie Pope top-scored for England, but the 22-year-old failed to reach his second Test hundred.

Pope was involved in a crucial 140-run stand with Jos Buttler for the fifth wicket. Buttler, who has been struggling, scored 67 off 142 balls.

Ben Stokes, England's hero, was noticeably missing from the action, scoring only 20 runs in the first innings. Skipper Joe Root has opted against overburdening the star all-rounder. The result, no overs for Stokes.