Chidambaram told Outlook that the government is active as far as containing the pandemic is concerned, but the efforts must be backed by a clear strategy and good planning. 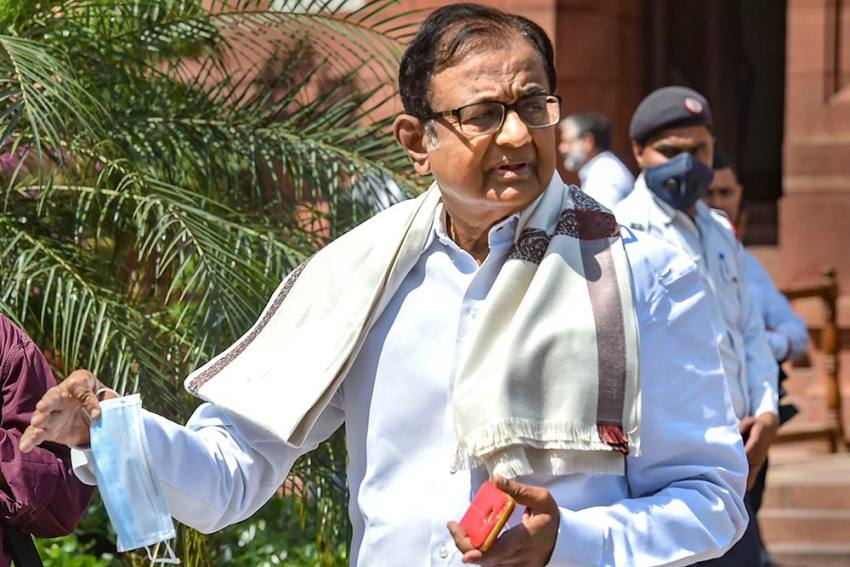 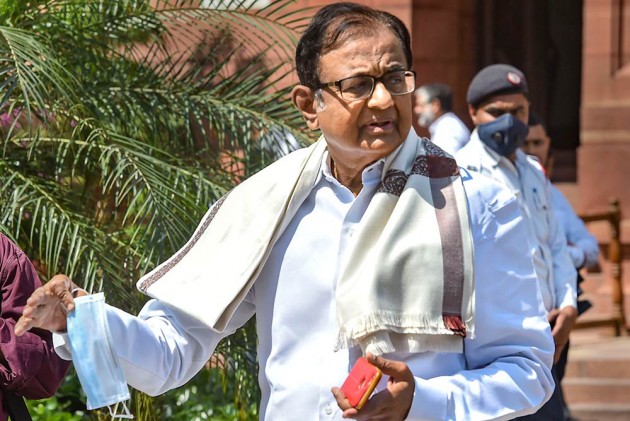 Congress leader and former Finance Minister P. Chidambaram has expressed disappointment over PM Narendra Modi’s video message in which he asked the people of India to voluntarily switch off lights between 9:00 p.m to 9:09 pm on April 5. The Prime Minister had further suggested the people light candles, lamps and use flash torchlights standing in their balconies or at their doorstep.

In an interview to Rajat Mishra, Chidambaram said the government is active as far as containing the pandemic is concerned, but the efforts must be backed by a clear strategy and good planning.

1. You tweeted that people are waiting for Financial Action Plan 2 but Finance Minister Nirmala Sitharaman has already announced a package worth 1.7 lakh crore that includes PM Gariba Kalyan Yojana for poor. Why are you not satisfied with that financial package? What more did you expect?

Economists and commentators have almost unanimously described the finance minister’s Financial Action Plan dated 25-03-2020 as miserly, hopelessly insufficient and leaving out several crucial sections of the poor and vulnerable. The FM claimed that she will transfer under the plan Rs 1.7 lakh crore; she is wrong. We have costed the plan. The actual additional cash that will be transferred is Rs 60,000 crore plus the imputed value of Rs 40,000 crore of food grains from government stocks. Whichever number you take, the amount is less than 1 per cent of GDP, the lowest funding by any country. The categories of poor that were left out includes-tenant farmers, landless agricultural labour, MGNREGA workers who have not been allotted MGNREGA work, laid-off workers in industrial and service sectors, self-employed, self-help groups, male Jan Dhan account holders, pensioners, street people and destitute. That is why we have demanded an enlarged, generous and more inclusive FAP II

2. According to you what were the crucial steps economically and socially that the govt should have taken to contain the pandemic? How do you see the situation unfolding in a few days from now?

The government had ample time between March 11 (when WHO declared COVID-19 as a pandemic) and March 24. The consequences of a lockdown should have been anticipated and mapped out. For example, if there was no livelihood support and cash-in-hand, large scale migration will take place. That should have been anticipated and the livelihood support package should have been announced, and money transferred before a lockdown was declared. Other preparatory and preemptive steps should also have been taken. I cannot predict how the events will unfold. The next 2-4 weeks will be critical.

3. The Indian govt has taken some preemptive measures; one step was nationwide lockdown. How has the Modi government fared and where has it failed?

I was among the earliest to call for a near-total lockdown of all towns and cities. In my view, the lockdown of towns and cities should have been declared, after preparatory work, on March 17/18. Be that is it may, what were the preparatory steps taken to deal with the consequences of a nation-wide lockdown? None. Even the transfer of Rs 500 to women was done only on April 3, while FAP was announced on March 25! Both in preparatory work and post-lockdown management, the Modi government did not prove itself to be sufficiently competent. On post-lockdown management, a lockdown will not yield the desired results unless it is accompanied by extensive and aggressive testing. As of today (April 4), the government is still mulling over the idea.

4. You tweeted on that now it’s conclusively established that the lockdown was declared and enforced in 4 hours without any preparation. Amit Shah, a few days, said Congress should stop their petty politics over COVID-19. Your reaction?

I have answered the question. Congress offered unstinted support on the first day. On 02-04-2020, the CWC pledged to continue its unstinted support. Unstinted does not mean that we will not espouse the demands of the people or not point out the shortcomings, and that is what we are doing, just as the media is also expected to do. The BJP’s stock criticism is “petty politics”. Next will be “anti-national”, and they said so today!

5. The major increase in the number of cases in India is due to the congregation of Tablighi Jamaat in Nizamuddin Do you think the government could have been more proactive dealing with it?

Firstly, convening a meeting of the Tablighi Jamaat, after WHO declared a pandemic on March 11, and continuing the meeting were highly irresponsible acts. The blame must be equally shared by the organizers and the administration which gave permission to hold the meeting and did not stop it on March 12.

6. In an interview to India Today, you said that workers must be paid, the employer must be told by law, by a notification that you have to maintain current levels of employment and ensure that if the employer pays wages during the lockdown, he will be reimbursed. Do you think this is economically feasible for a country like India?

Yes. Several employers have offered to maintain current levels of employment and wages — some for a month, some for three months, some for a year. The economic costs can be worked out later and shared between the employer and the exchequer. It is imperative, so we must make it feasible.

7. You are criticising the government but Karti Chidambaram said in the Parliament that the government should be complimented for its efforts to deal with Coronavirus...

Karti stated his views. I have also complimented the government. I described the prime minister as the Commander and the people as foot soldiers and exhorted the people to offer their total support to the government. Does that mean I should not point out the shortcomings, e.g. the flawed strategy of limited testing? The government is active, but the activity must be backed by the correct strategy and good planning

8. Under the UPA regime and the NDA regime, the health spending achieved are nowhere close to what is required to meet the goal of raising public health spending to 2.5 per cent of GDP by 2025. Do you think that COVID-19 has one lesson for the governments that don’t take public health care for granted?

I agree, and we are willing to share the blame with other parties (national and regional) that have governed India and the states. We have learned hard lessons in the last 100 days.