Partho Dasgupta has claimed this in a handwritten statement to the Mumbai police, according to the supplementary chargesheet filed in the TRP scam case. 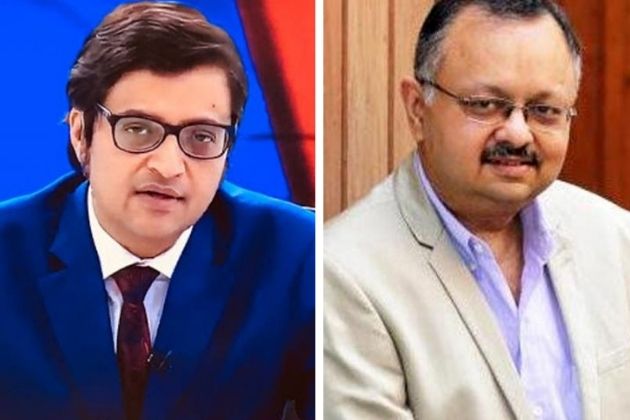 Republic TV editor-in-chief Arnab Goswami allegedly paid US$12,000 to former CEO of BARC Partho Dasgupta for two separate holidays and a total of Rs 40 lakhs over a period of three years for manipulating ratings in Republic TV's favour, according to a report by The Indian Express.

Dasgupta has claimed this in a handwritten statement to the Mumbai police, according to the supplementary chargesheet filed in the TRP scam case.

The Mumbai police filed a 3600-page supplementary chargesheet on January 11 against Dasgupta, former COO of BARC Romil Ramgarhia, and Republic Media Network CEO Vikas Khanchandani for alleged manipulation of channel ratings. The first chargesheet was filed in November 2020 against 12 people.

The second document details Dasgupta's statement, which was recorded on December 27, 2020 at 5:15 pm at the office of Crime Intelligence Unit in the presence of two witnesses. The chargesheet also includes a BARC forensic audit report, statements of 59 people, and purported WhatsApp exchanges between Dasgupta and Goswami. The audit report names channels like Republic, Times Now, and Aaj Tak amongst others for alleged "pre-fixing" of ratings by BARC's executives.

Dasgupta’s statement reads: “I have known Arnab Goswami since 2004. We used to work together in Times Now. I joined BARC as CEO in 2013. Arnab Goswami launched Republic in 2017. Even before launching Republic TV he would talk to me about plans for the launch and indirectly hint at helping him to get good ratings to his channel. Goswami knew very well that I know how the TRP system works. He also alluded to helping me out in the future.”

Dasgupta's statement has been refuted by his lawyer Arjun Singh.