Doctors at North Delhi's Hindu Rao hospital have decided to withdraw their Outdoor Patient Department (OPD) services in a mark of protest after a colleague was assaulted by the relatives of a deceased patient. 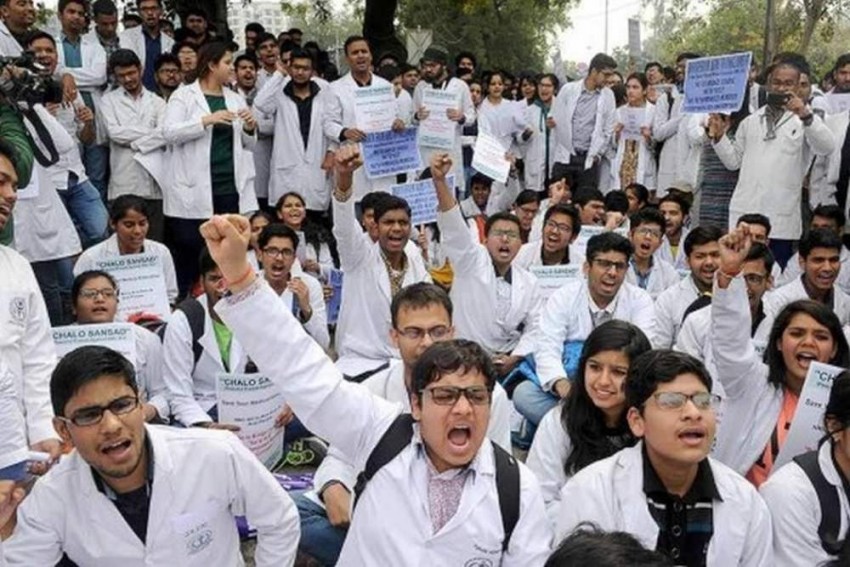 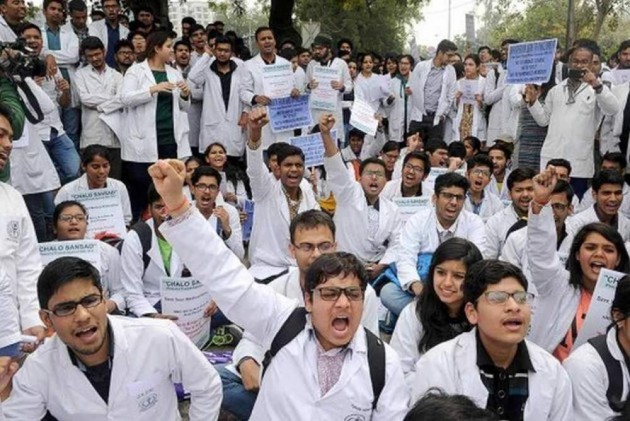 Doctors at North Delhi's Hindu Rao hospital have withdrawn their Outdoor Patient Department (OPD) services to protest against the assault on a colleague by the relatives of a deceased patient.

According to police, Rajbala, a resident of Roop Nagar was suffering from chronic kidney failure and admitted to the casualty ward of the hospital on Saturday at around 11.40 pm, reported the PTI.

The patient died during treatment, following which her husband, son and other relatives started quarrelling with the doctors on duty.  Two doctors, Rajesh Kumar and Pranay, sustained injuries after the relatives targetted them, police said.

Reacting to the assault, the doctors staged a protest and were seen raising slogans such as "Save the Saviour" and "Band Karo OPD Band Karo", according to ANI.

"We will not let any OPD work take place unless the safety of doctors is ensured. Only emergency services will be functional," Abhishek Bhatia, a junior doctor told ANI.

The demand for greater protection for doctors in hospitals was raised earlier in June when in a similar case,  a junior doctor in NRS Medical College and Hospital, Kolkata, was seriously injured after being beaten by the family of a deceased patient on account of alleged negligence.

"The government should enhance rules and regulations for ensuring the safety of doctors," ANI quoted another junior doctor as saying.

The doctors of NRS hospital had launched a cease-work strike that had quickly spread through the state of Bengal and had later triggered nationwide protests.

The strike was called off on June 18 only after West Bengal Chief Minister Mamata Banerjee agreed to their demands and assured them greater protection.

MG Hector vs Tata Harrier vs Jeep Compass vs Hyundai Creta: What Do The Prices Say?