Asserting that rapid infrastructure growth has ushered in transformative changes, Goyal said, "India is the fastest highway developer in the whole world" with 27 km of highways being built every day. 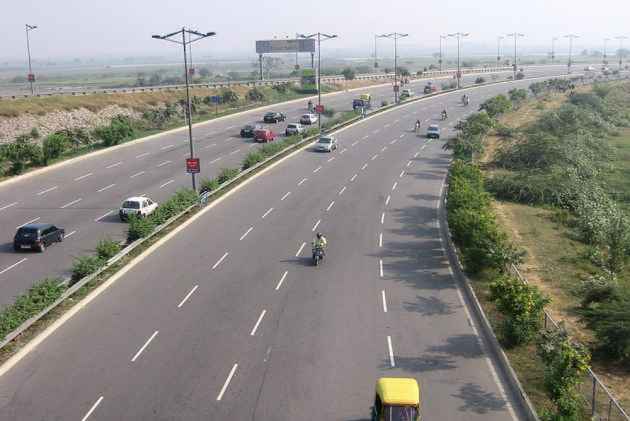 Highlighting the importance of infrastructure in nation's development and the NDA government's achievements, Finance Minister Piyush Goyal said India is the fastest highway developer in the world with 27 km of highways being built every day.

Presenting the Interim Budget for 2019-20 in Lok Sabha, Goyal said there are now 100 functional airports in India under UDAN scheme with the latest addition of the airport in Sikkim.

Asserting that rapid infrastructure growth has ushered in transformative changes, Goyal said, "India is the fastest highway developer in the whole world" with 27 km of highways being built every day.

Mentioning the government's ambitious Sagarmala project for port-led development, Goyal said for the first time container cargo was moved on Kolkata to Varanasi stretch and now work is on for container cargo movement to the North East.

He said Sagarmala can usher in a blue economy and waterways will be developed.

Goyal in his budget speech also said that for a 10-trillion dollar economy which India aspires to become, physical and social infrastructure will be developed.

To cut on imports, he said stress has been given on alternative fuel and India will lead the world through a transport revolution via electric vehicles.

Next generation infrastructure for rail, sea, urban transport, inland waterways will be developed, he said.

Goyal said to make life better for people living in remote areas, the government has enhanced allocation under Pradhan Mantri Gram Sadak Yojana (PMGSY) to Rs 19,000 crore from Rs 15,500 crore in the revised estimate for 2018-19.

He said construction of rural roads has tripled under PMGSY and 15.8 lakh out of total 17.84 lakh habitations have been connected with pucca roads under PMGSY.

Highlighting the UDAN scheme, Goyal said there are now 100 functional airports in India under the scheme and promised that huge jobs will be created with domestic passenger traffic doubling.

The minister said, on the railways front all unmanned level crossings in broad gague network have been completely eliminated.

Capital expenditure programme of Railways, he said, is at an all-time high of Rs 1.58 lakh crore in the next fiscal.

He said introduction of first indigenously built Vande Bharat Express is in line with Make In India drive.