'Your Tears Have Shaken Many Hearts': J&K Police Officers To Daughter Of Deceased Sub-Inspector

SP Pani, deputy inspector general of police (DIG), south Kashmir where Rashid was gunned down, gave vent to his anger and anguish in a Facebook post. 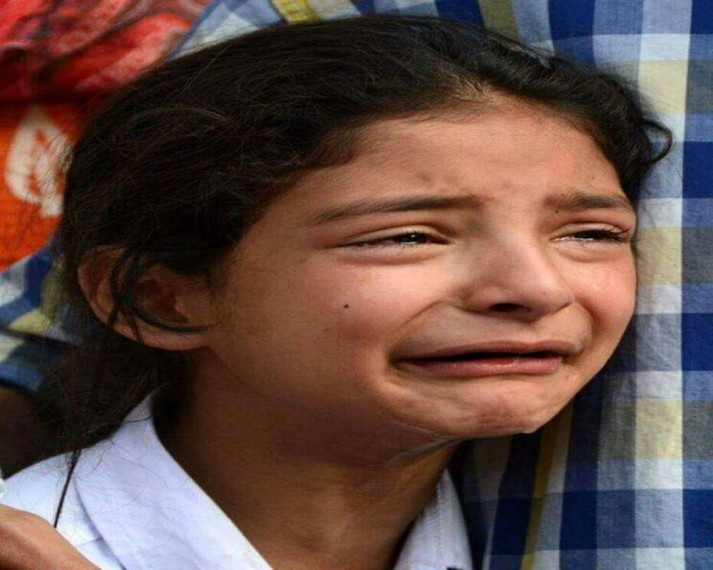 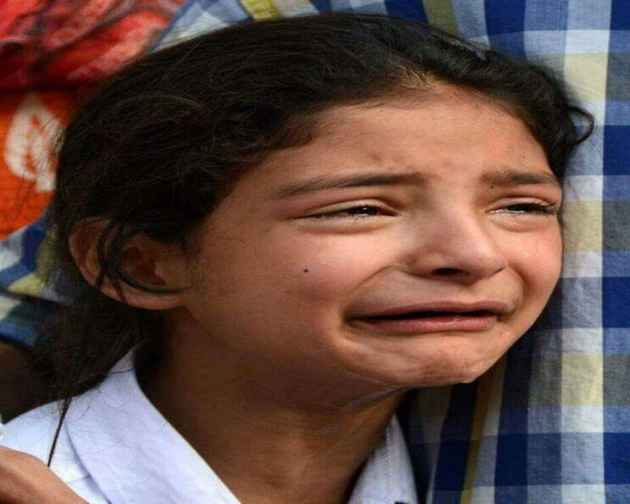 "Your tears have shaken many hearts....Every drop of your tear sears our heart."

These were the lines written by a top official of Jammu and Kashmir police for Zohra, the five-year-old daughter of assistant sub-inspector Abdul Rashid who was killed by militants yesterday in Anantnag district of south Kashmir.

SP Pani, deputy inspector general of police (DIG), south Kashmir where Rashid was gunned down, gave vent to his anger and anguish in a Facebook post.

Javaid Gillani, an IGP-rank IPS officer hailing from Kashmir, also expressed his views on the Facebook, condemning the killing and questioning how it could lead to so-called 'Azadi' (freedom).

He also questioned the silence of the separatists and their "intellectual cronies" over the killing.

The images of Zohra crying her heart out as police personnel bid adieu to her slain father yesterday have been widely circulated on various social media platforms.

"The sacrifice made by your father will always be remembered. You are too young to understand as to why this happened," Pani wrote.

"People responsible for such violence who attack the lawful symbol of the state and society are indeed insane and enemy of humanity.Your father like all of us represented Jammu Kashmir police force - a hallmark of valour and sacrifice," the DIG said.

Pani said many police families have suffered and undergone irreparable trauma defending the common good of the society.

"All those faces and stories indeed create a rich history making us proud. We cannot forget our heroes, our dear ones with whom we lived and worked all these years," he said.

"Remember we all are one family at this critical phase. Every drop of your tear sears our heart. May almighty give us the strength to go ahead with our mission of rendering services for the betterment of the society. The vow that we have taken when we donned the uniform stands supreme.

"Let our sprit and commitment become the harbinger for change, let it be the message of peace and harmony for the fellow citizens," Pani wrote.

He said Rashid's memory as a true policeman who sacrificed his life in the line of the duty will always be cherished.

Gillani wrote a longish post on the Facebook, saying Rashid had joined more than 1500 of his other martyred Jammu and Kashmir Police colleagues yesterday.

"He (Rashid) was shot at and killed in the name of 'Azadi'. How does killing a 59-year-old get us closer to the Azadi? In whose name we are killing the very people for whom we seek this Azadi," he wrote.

Gillani said Rashid, like more than a lakh people of this state, have joined the police service to serve the people and earn an honest living to feed their families.

"(I) am sure none of the self-styled leaders of the 'movement' or their intellectual cronies have the courage to condemn the killing. Even if they do, it won't be without caveats.

"At the least, I wish they had the guts to own up the killing that they have sanctioned and justify the killing to their 'own people'," he added.

Gillani said the "paid apologists" of the separatists would use their "chicken brain" arguments to justify and explain the murder.

"It all goes on expected lines. First they would try and malign the martyred policeman. Then they would argue that policeman deserve to die because they are part of the oppressive machinery. To them it doesn't matter whether the one killed was culpable of any wrongdoing or not.

"The other argument would be what about so and so killing. Why wasn't their any hue and cry then?

"Last but not the least they would question the credentials of the person asking questions. The fact is no one would talk about the actual act," Gillani wrote.

He called for an end to the killings on orders from across the Line of Control.

"As long as we continue to reason out or at best remain silent on any killing sanctioned from across, we would continue to bleed and die. A day won't be far when death reaches every house. The time to stop it is now. We owe this much to children like Zohra, the martyred Rashid's daughter," he said.

He said a journalist has summed up Zohra's pain in three lines.