You Have Become Closest Buddy Of RSS: Kerala CM To Congress

Pinarayi Vijayan said that the protests in the state opposing Sabarimala verdict showed “who was Chennithala's leader. It is not Rahul Gandhi, but Amit Shah”. 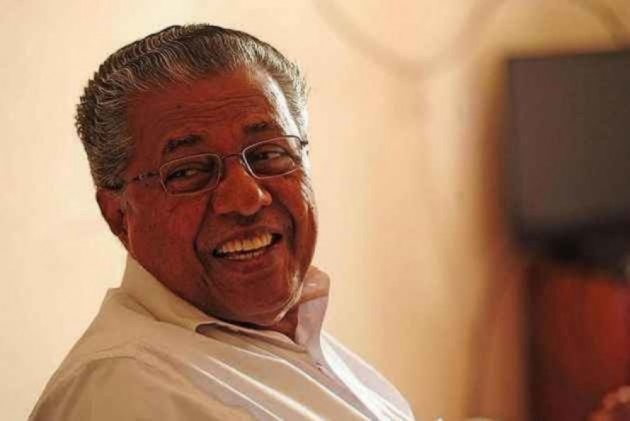 Kerala chief minister Pinarayi Vijayan had a rift with the Leader of Opposition Ramesh Chennithala on Monday.

This came as Pinarayi said that the protests in the state opposing Sabarimala verdict showed “who was Chennithala's leader. It is not Rahul Gandhi, but Amit Shah”.

Pinarayi was in state assembly and was replying to an accusation made by Chennithala that RSS leader Valsan Thillenkary has been given a free hand to run the show on the hallowed 18 steps of Sabarimala temple last month.

As things went out of control, the Speaker adjourn the House till Tuesday.

At the outset of the question hour, Chennithala had said the Congress would cooperate with Speaker P. Sreeramakrishnan, but announced that three of its legislators would commence an indefinite hunger strike in front of the Assembly's main door to protest the Vijayan government's callous attitude by refusing the party's demands in Sabarimala town, where they had been pressing for an end to prohibitory orders.

Ramesh Chennitala, Opposition leader on opposition's protest in Kerala assembly over Sabarimala: Opposition has been raising this demand for last 3-4 days but govt isn't ready to discuss this.That's why we raised this in the House.We've decided to stage a dharna before the House. https://t.co/6quC3eSRTh

Vijayan immediately retorted saying that there was no difference between the saffron brigade and the Congress. "While the Bharatiya Janata Party was stationed in front of the state secretariat, you have started it here. This clearly shows the relation you have with the BJP/RSS," Vijayan added.

"One cannot cheat all the people all the time and now you have been exposed, as you have become the closest buddy of the Rashtriya Swayamsevak Sangh," said Vijayan, that was greeted with loud thumping by the treasury benches.

To which, Chennithala replied: "Everyone saw how RSS leader Valsan Thillenkary was controlling things standing at the hallowed 18 steps of Sabarimala temple in November."

But Chennithala was prevented from ending his discourse as the Speaker said the question hour cannot be turned into a debating session.

This infuriated the opposition MLAs who immediately rushed towards the Speaker's podium and started shouting slogans.

Angry young legislators from the treasury benches were also up on their feet and started advancing towards the podium. However, timely intervention by State Transport Minister A.K. Saseendran avoided a clash as he pulled his party colleagues back.

When the sloganeering increased, Sreeramakrishnan asked the opposition  to return to their benches, warning that he would be forced to adjourn the house.

With things refusing to subside, the Speaker was forced to rush through the listed business of the day in 21 minutes and adjourn the House till Tuesday.

This was a repeat of last week, when for three days in a row, the assembly ended in chaos. The Congress-led opposition's kept repeating its demand of suspension of the question hour allowing adjournment to discuss the "poor facilities" and an end to the prohibitory orders in Sabarimala, which were refused everyday by the Speaker.

The prohibitory orders clamped in the temple town were earlier extended till Tuesday midnight, even though they were earlier set to end by November 30 midnight.

The orders were clamped to allow smooth visit to the hilltop temple after the two month long pilgrim session began just days after the apex court on November 13 refused to reconsider its September verdict.

The Kerala government has promised to implement the court's verdict that struck down a hitherto tradition of not allowing girls and women within 10-50 years from visiting the temple.