Yes, You Can Fax It Now

In a major policy change, government decides to allow 100 per cent foreign direct investment in facsimile editions of foreign newspapers. 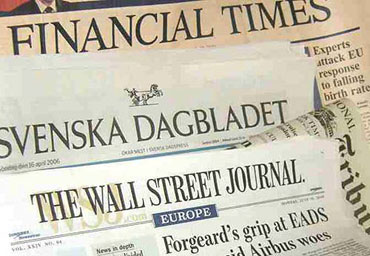 The following is the full  text of the press statement issued by Rajeev Jain, Director (M&C), ministry of commerce and industry.

On a review of the extant policy on Foreign Direct Investment, Government of India has decided to allow foreign investment in publication of facsimile edition of foreign newspapers and Indian editions of foreign magazines dealing with news and current affairs.

All Yours: Our Business, Their Employees