Yamuna And The Art Of Dying

Why India Should Look at the Aralkum desert, which was the Aral Sea half-a-century ago 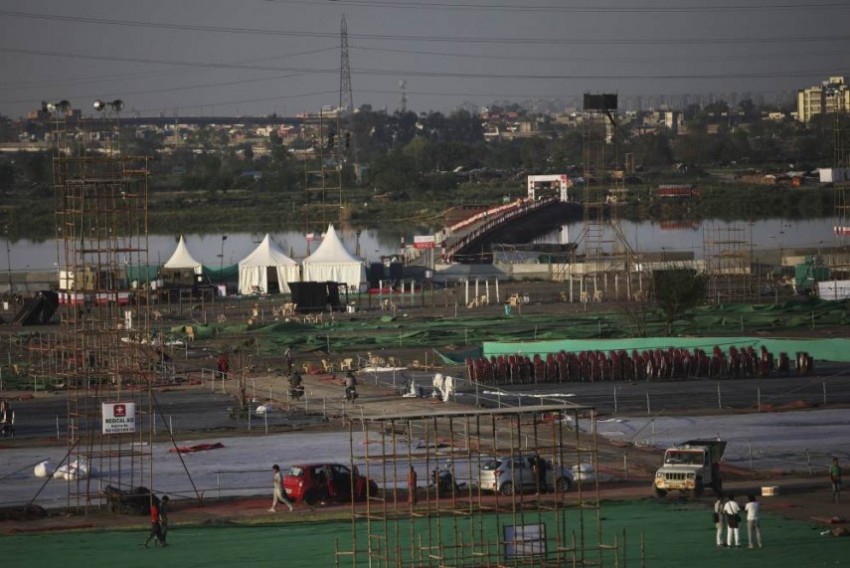 Workers dismantle stadia temporarily erected for massive three-day cultural festival organized by the Art of Living Foundation on the banks of the river Yamuna.
AP Photo/Altaf Qadri
Dipsikha Thakur 2016-03-25T18:06:04+05:30 Yamuna And The Art Of Dying 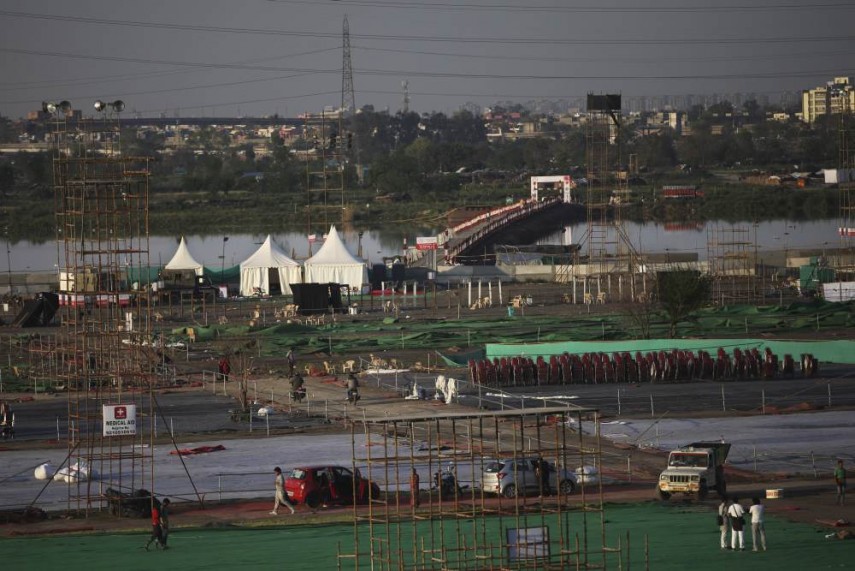 Sri Sri's recent army and politician-studded Art of Living festival on the floodplains of the Yamuna has left the country in a struggle to come to terms with its own aspirations. The technocratic, urban, wealthy India cannot understand why sources of foreign investment, temporary employment and public spectacle are being frowned upon in the name of the ecosystem and land rights.

The more intelligent members of the Right have astutely pointed out that the Yamuna was a sad morass of industrial waste and sewage even before a godman's antics touched it. And they have a point. Besides, right now, the most important thing to do is not to blame people. There is work at hand, and that work, unfortunately, is more urgent than dishing out the devil its due.

We need to clean up and revive the Yamuna and we need to do it fast. The loss of Yamuna will not only mean hell for farmlands around it, the remaining life within it and the groundwater levels of the adjacent lands, it will also alter the landscape as we know it. So, now is a good time to remember the case of the Aralkum and what human activity meant for it and ask ourselves whether it an acceptable price.

Not many people know or care about this place. Unless you are an environmental activist or a Kazakhstan enthusiast, chances are you haven't heard of the Aralkum desert. It's also possible that you don't know about the Aralkum desert because only half a century back it was known as the Aral sea, and some atlases and textbooks still manage call it by that name. You can still find it as a blue blob somewhere in southern Kazakhstan, on the right of its more famous (and still alive) cousin, the Caspian Sea. Now, the thing about both the Aral and the Caspian is that they are not really seas. Both began their lives as saline lakes. The Aral was nourished by the rivers Amu Darya and Syr Darya, and till the 1960s, it was the fourth-largest lake in the world.

And now it's a desert. 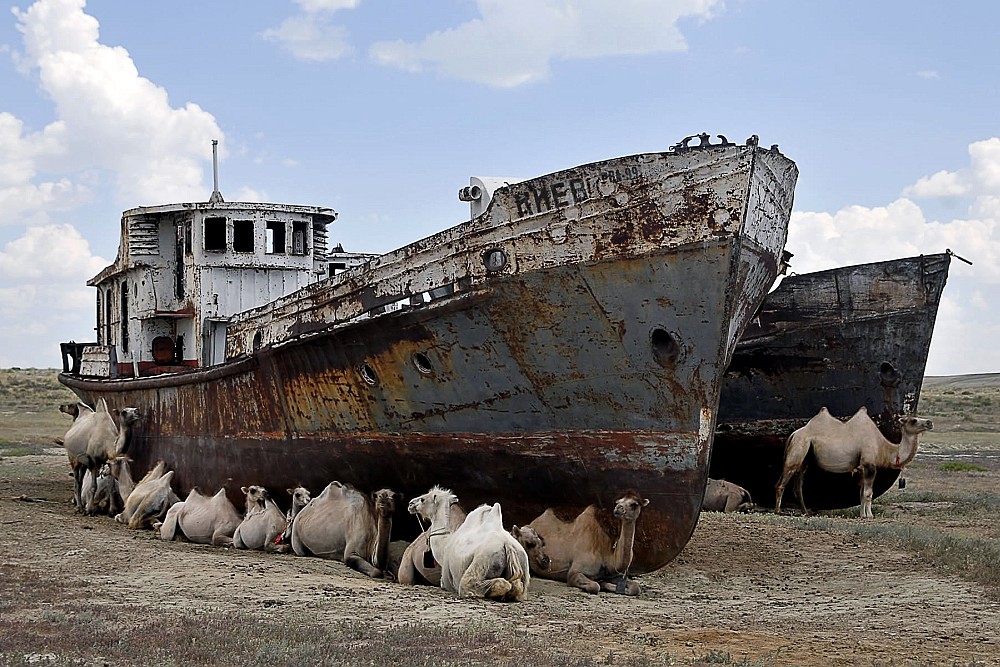 In the last four decades of the 20th century the salt content in the water of the Aral has gone from 10g per litre to a deadly 100g per litre. The lake that was home to a robust fishing industry producing 50,000 tons of fish and fed over 100,000 people across nine different countries, dried up into a bleak wasteland of sand, violent storms and skeletons of abandoned ships.

The reason? Well, in the late '60s, Soviet Russia embarked on a massive water project. They got the two rivers that fed the Aral to be directed towards the Kyzylkum Desert. They wanted the desertland to be irrigated and become fit for cotton farming, and the rivers were necessary for that. Sure, they got fertile lands, but at the cost of losing the fishing industry and communities around the Aral. Without the inflow, the salt in the lake made it evaporate faster than it could be filled up and by 2009, what water remained was full of pesticides and dust. The dust from the bared lakebed blew into storms and became a public health hazard. The highly saline dust formed a cover on the arable fields, and denuded the soil. Croplands had to be cleaned with river water in increasingly greater quantities.

And that wasn't all—with the loss of a huge waterbody like that, the local climate lost its humidity. The seasons got more extreme and windy and by the last decade, it had become entirely uninhabitable. Today, the southern Aral sea is completely gone. It has been declared beyond repair and instead the surrounding countries decided to invest in a dam in 2005 that tried to revive the northern part of the lake at the cost of giving up on the other part completely. And it cost the Kazakh government a loan of $85 million from the World Bank in 2003 when the project began. The expenses can only go up. That's the price of corrections.

And the only source of income from it now? Not large government-funded programs, not spectacles, not even proper fisheries. The dirty lakefloor is only habitable to the brine shrimp, and it is harvested by the local people and sold in cyst form to suppliers of home aquarium food. That's right: the fourth-largest saline lake on the plant, one that Alexander the Great's courtiers mentioned during their invasion of central Asia, is now a desert that only houses rattling skeleton ships and fish food.

It's time to take lessons from the histories of nations making mistakes and gambling with their ecosystems. It's time to care of the Yamuna as diligently as we can. Otherwise, the employment opportunities and tourism money that Sri Sri is shouting about will literally turn into dust.