The incident was reported from China's Yunlong county on Friday. 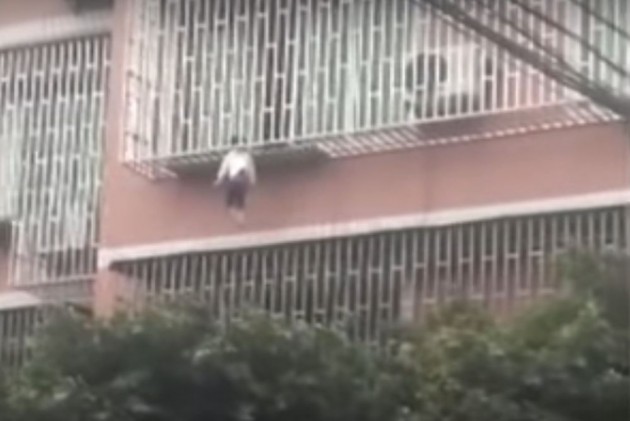 In a video going viral on the internet, a girl was seen hanging from the third floor of the building, caught between the iron grills by her neck. Two men came to her rescue and she was saved unharmed.

The video was posted by Chinese media, CGTN. The incident was reported from China's Yunlong county on Friday.

CGTN on Youtube wrote, "A little girl accidentally fell from her third floor apartment, trapping her neck between the railings in Yunlong county, SW China’s Sichuan Province. Two men climbed to the second floor to try to save her. She was rescued unharmed."

The child was alone at home when the incident took place.

Two men were seen borrowing a ladder and climbing up the building to reach the girl and rescue her from trouble. They were heartily applauded on the social media for their bravery.