The move is likely to impact several Indian companies which send their technology professionals on B-1 visas for a short stay to complete jobs on-site in the US. 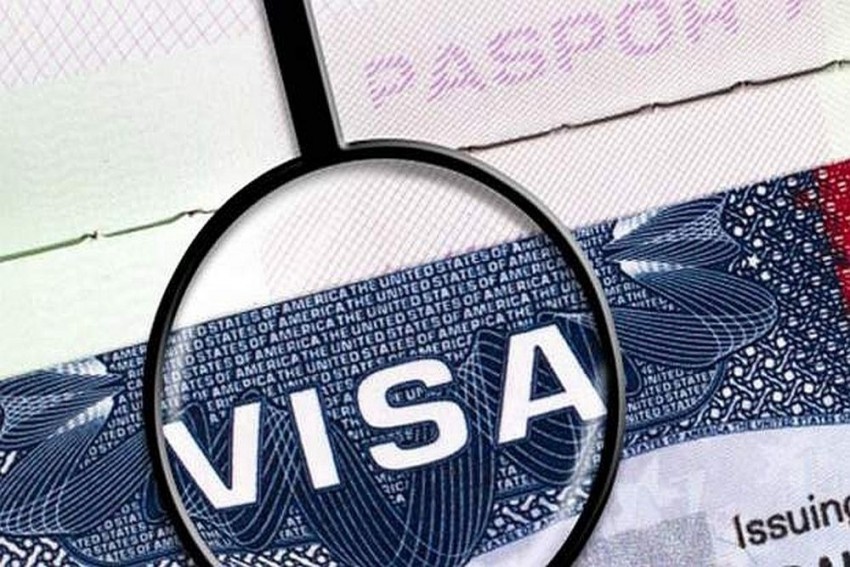 The State Department has proposed not to issue temporary business visas for H-1B speciality occupations which allowed several companies to send their technology professionals for a short stay to complete jobs on-site in the US, a move which could affect hundreds of Indians.

The proposal, if finalised, will eliminate any misconception that the "B-1 in lieu of H policy" provides an alternative avenue for foreign professionals to enter the US to perform skilled labour that allows, and potentially even encourages them and their employers to circumvent the restrictions and requirements relating to the H non-immigrant classification established by Congress to protect the US workers, the State Department said.

The move, made public on Wednesday, less than two weeks ahead of the November 3 presidential election, is likely to impact several Indian companies which send their technology professionals on B-1 visas for a short stay to complete jobs on-site in the US.

On December 17, 2019, the Attorney General of California announced a USD 800,000 settlement against Infosys Limited to resolve allegations that approximately 500 Infosys employees worked in the state on Infosys-sponsored B-1 visas rather than H-1B visas, the State Department said.

"The proposed changes and the resulting transparency would reduce the impact of foreign labour on the US workforce of aliens performing activities in a speciality occupation without the procedural protections attendant to the H-1B classification," it said.

In its federal notification issued on Wednesday, the State Department said the US architecture firm seeking protection from rising labour costs in the country might believe it could lay off its US architects and contract for the same professional architectural services to be provided by a foreign architecture firm.

If the foreign firm sought H-1B visas for its architects, it would be required to pay the prevailing wage for architects in the area of intended employment in the United States, presumably the same wage the US architects had been paid, and meet the other requirements enacted by the Congress to protect US workers.

But under the B-1 in lieu of H policy, the foreign architects could ostensibly seek B-1 visas and travel to the US to fill a temporary need for architecture services, as long as they retained a residence in the foreign country and continued to receive a salary, perhaps significantly lower than what is customary for US architects, dispersed abroad by the foreign firm (or under the auspices of a foreign parent or subsidiary), the State Department said.

Under the Department's guidance, visas could be issued for multiple architects planning temporary work in the US in certain situations. However, a foreign employer may succeed in undermining the US immigration law and policy by rotating architects between the US and the foreign country to effectively fill the position of one US architect at a significantly lower cost, the notification said.

"If the architects who intended to perform skilled labour were "of distinguished merit and ability... seeking to perform (temporary architectural services) of an exceptional nature requiring such merit and ability, one might argue the current regulatory language suggests this type of labour is a permissible basis for B-1 non-immigrant visa issuance," the State Department said.

This potential outcome is harmful to the US workers and contrary to the policies of the Trump administration, it said.

The State Department said the application process for a B-1 visa does not include similar procedural requirements to protect the US workers like that of H-1B visas.

Also, the fees for the B-1 visas are far less than that of H-1B visas.

While Congress required H-1B employers to pay significant fees to fund assistance to the US workforce as well as prevention and detection of fraud related to skilled labour, employers are not required to pay comparable fees to employ skilled workers under the B-1 in lieu of H policy, it said.

According to the notification, the State Department estimates that this proposal will affect not more than 6,000 to 8,000 foreign workers per year, specifically aliens intending to provide services in a specialty occupation in the US.

As per its estimate, up to 28 per cent of the approximately 8,000 annual B-1 visa issuances under the B-1 in lieu of H policy were to foreign workers who applied for a visa to perform services in a specialty occupation for a small entity in the US.