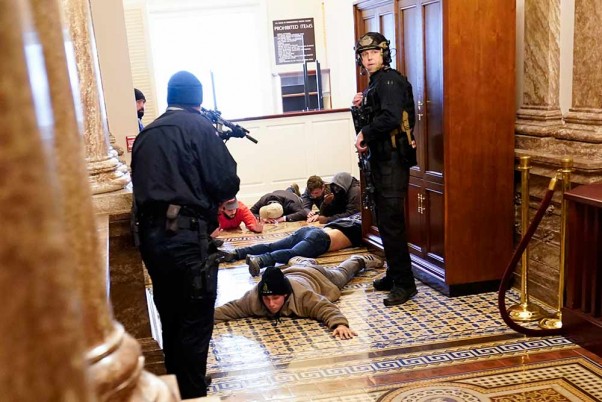 After facing immense criticism for failing to curb Donald Trump supporters from storming the building, US Capitol Police Chief Steven Sund has announced his resignation which will be carried out this month. He said that he would be fired if he did not resign.

“As discussed, I will transition into a sick leave status effective January 17, 2021, until I exhaust my available sick leave balance of approximately 440 hours,” he added.

In an unprecedented assault on democracy in the US, thousands of supporters of outgoing President Trump stormed the Capitol building on Wednesday and clashed with police, interrupting a constitutional process by Congress to affirm the victory of President-elect Joe Biden and Vice President-elect Kamala Harris in the election.