Last week, Hanks revealed that he and his actor wife tested positive for COVID-19 in Australia, where the multiple Oscar winner was working on Baz Lurhmann's Elvis Presley biopic. 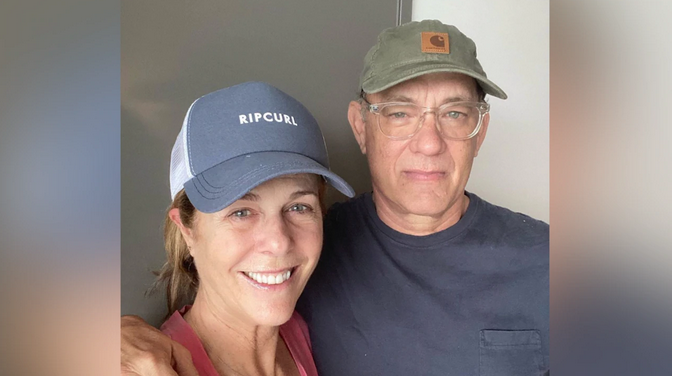 Hollywood couple Tom Hanks and Rita Wilson have been discharged from an Australian hospital where they were in isolation since testing positive for the coronavirus, their son, Chet Hanks.

Catch all the latest updates on Coronavirus here

As per reports, health officials in Gold Coast said Hanks checked out of the hospital, but Wilson remains hospitalised, but Chet confirmed that both his parents were discharged.

Last week, Hanks revealed that he and his actor wife tested positive for COVID-19 in Australia, where the multiple Oscar winner was working on Baz Lurhmann's Elvis Presley biopic.

Wilson, also a singer-songwriter, had given concerts in Sydney and Brisbane before testing positive for the virus.

Chet said both his parents, 63, had been released from the hospital and were feeling a lot better.

"They're out of the hospital. They're still self-quarantined, obviously, but they're feeling a lot better. So that's a relief.

"I just want to say to anyone else out there who has loved ones or if you yourself are afflicted with the virus, my prayers go out to you because a lot of people are suffering other than my parents right now. I just wish everyone a swift and speedy recovery," the 29-year-old said in an Instagram video on Monday.

Chet said it is important to stay calm as panic makes things "more difficult than they need to be".

"You know, I mean, if you went to the grocery store and hoarded all the water and the toilet paper for yourself, I think you're the problem. You know, what I mean? You should just think more of others for once," he added.

Warner Bros shut down the preproduction on the Elvis film after Hanks' diagnosis. Director Lurhmann has gone into self-isolation, along with his family, after coming into contact with Hanks on the set.