The Curious Case Of Crude Oil Supply: Will It Ease Further In January?

There is a mismatch between international demand and supply due to the COVID-19 pandemic, and other factors. However, supply cuts and global inventories will decide future prices. 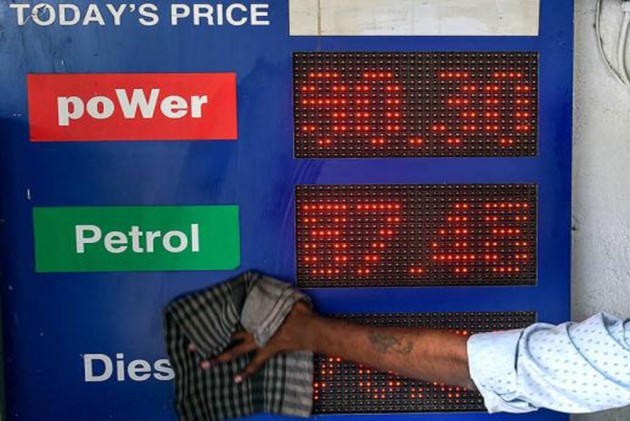 In April this year, OPEC members and other exporters, from 23 countries, made an unprecedented pact of withholding about 9.7 million barrels per day (mb/d) from global supply to balance oil markets in view of the demand destruction unleashed by the Covid pandemic. The cuts were tapered down in August to 7.7 mb/d, with a view to further cut it to 5.7 mb/d in January next year. The assumption was that some of the global demand would bounce back by then.

The big question in the oil sector is whether the OPEC+ cartel, which is scheduled to meet on October 19, will ease the existing global supply cuts in January. This will impact crude prices and have ricocheting effects in other sectors. The contours of three variables—a still-un-reined COVID-19 pandemic, the still-brimming oil inventories and the impending US elections—show that adding 2 mb/d oil in the global pipelines may only lead to unsustainable balance sheets for many of the OPEC members.

A second wave of the novel coronavirus pandemic has hit parts of Europe, like Spain, France, Germany, Portugal, Poland and Netherlands, and Russia. The US saw its highest number of daily cases since August on October 11, indicating the possible start of a second wave. New travel restrictions and curfews have been put in place with these surges. The effects of the virus have reconfigured physical working structures with a work-from-home regime, avoidance of public transport and a drastic drop in discretionary travel. The resulting slump in global demand refuses to draw out the global crude inventories, which continues to touch record-high levels.

It's Slippery As Oil And As Crude As It Can Get

The Crude Reality: India, China Should Unite To Throttle The OPEC Cartel

Barring some support from jet kerosene accruing from a winter requirement, rather than from the aviation sector, refiners are grappling with sagged demand for their products. Diesel, which is largely dependent on public transport, hangs close to neutral margins. According to Singapore crack margins, the reference for Asian refiners, only gasoline has been providing some respite in recent weeks with a reasonable crack margin—which is product yield value per barrel minus crude oil cost per barrel— of $6 because of some increase in personal transport.

The worldwide demand slump may not end until 2023, according to results of a Federal Bank survey of drillers in the US heartland. The forecast for global demand has been revised downward twice by the Paris-based International Energy Agency (IEA)—an inter-governmental energy watchdog. IEA cut down demand to 8.1 mb/d from 8.4 mb/d, while this month OPEC forecasted a global demand of an average of 90.2 mb/d in 2020, which is 400,000 b/d less than previous month’s estimate.

In the meanwhile, with the goal posts for the novel coronavirus vaccine changing every now and then, there is scant confidence in the markets around the timing and the efficacy of the new vaccine.

The huge global stockpiles—the excess oil that is stored in commercial inventories, government-run strategic petroleum reserves and floating large oil tankers—are also not getting drained at the rate they need to. Based on IEA data, Bloomberg NEF estimates that global inventory increased by 1.3 billion barrels in the first half of the year of which, OECD countries’ oil stocks increased by about 336 million barrels—an historical build-up— and non-OECD oil stock was about 1 billion barrels. US makes up around 40 per cent of the OECD oil stocks.

EIA reported on October 8 that there has been a build-up of about 950 kb (overall volume) in US weekly inventories of crude. American refineries run at 77 per cent capacity, which shows that product inventory levels are still high. Diesel cracks are at all time low for which much of the surplus inventory is reportedly floating on vessels in Asia. OPEC secretary general Mohammad Sanusi Barkindo recently said that while the worst is over for oil markets, the inventories are still high at 220 million barrels above the 5-year average levels.

On the supply side, the possible disruptors include a war in the Middle East affecting the Strait of Hormuz, or broken pipelines and production from the Caspian Sea from an escalating Azerbaijan and Armenia conflict, for instance, are less likely compared to factors that positively support global oil supply.

Three factors that pushed up oil prices by 10 per cent last week have been restored to normalcy. A Norwegian offshore oil workers’ strike that had forced the shut-in of about 110,000 b/d of oil output in the North Sea and was a looming threat to 470,000 b/d Johan Sverdrup field owned by Norwegian oil giant Equinor was called off after a wage deal was struck on October 9.

Production at Libya’s largest oil field, Sharara, restarted on October 11 afternoon, after an extended nine-month blockade by rebel commander Khalifa Haftar following disagreements with Libya’s central government over oil revenue distribution. The war-torn country’s oil output has already increased to 300,000 barrels a day from about 100,000 barrels a day in the past two weeks. The oil field can potentially contribute an additional 300,000 barrels a day. Libya, a big oil producer, pumped about 1.3 mb/d before the Sharara oil field shut down. This additional supply will further put downward pressure on oil prices.

US production, on the other hand, is touching 11 mb/d, as against 10.3 mb/d of production about a little more than a month ago, with rig count slowly showing recovering through incremental barrels. Although Hurricane Delta triggered the US offshore Gulf of Mexico energy production’s largest halt in 15 years, production is expected to be gradually restored over the coming days if there are no major damage to the oil infrastructure.

Some of US’ future oil dominance—it is currently the largest oil producer in the world— depends on the results of the US elections on November 3. Joe Biden, the Democratic presidential candidate, has committed to ban new oil and gas leasing and permitting in federal areas, including federal waters. This would preclude new leasing in the western two-thirds of the Gulf of Mexico, the Alaskan waters and exploration in Atlantic and Pacific oceans. Although, existing leases would not be affected, a Biden administration would likely have a higher bar for approving permits on existing leases. However, the situation would be quite the reverse if a Donald Trump administration is sworn in next month, engendering a different scenario for the oil and gas sector. Additionally, global oil supply will be majorly pushed up if a Biden government lifts the severe sanctions imposed by the current White House on Iran and Venezuela.

The practical answer on whether to increase oil production from January 1 onwards would be to defer any decision on the matter. However, markets cannot wait beyond mid-November in view of impending renewal of annual contracts with importing countries. The reading of the tea leaves suggests that an increase in supply will only clog the global pipelines further.

*Shreerupa Mitra is the executive director of The Energy Forum. Her Twitter handle is @ShreerupaMitra