Home  »  Website  »  International  »  One Of The Gravest Threats To Humankind: Jaishankar On Terrorism At Human Rights Council

One Of The Gravest Threats To Humankind: Jaishankar On Terrorism At Human Rights Council 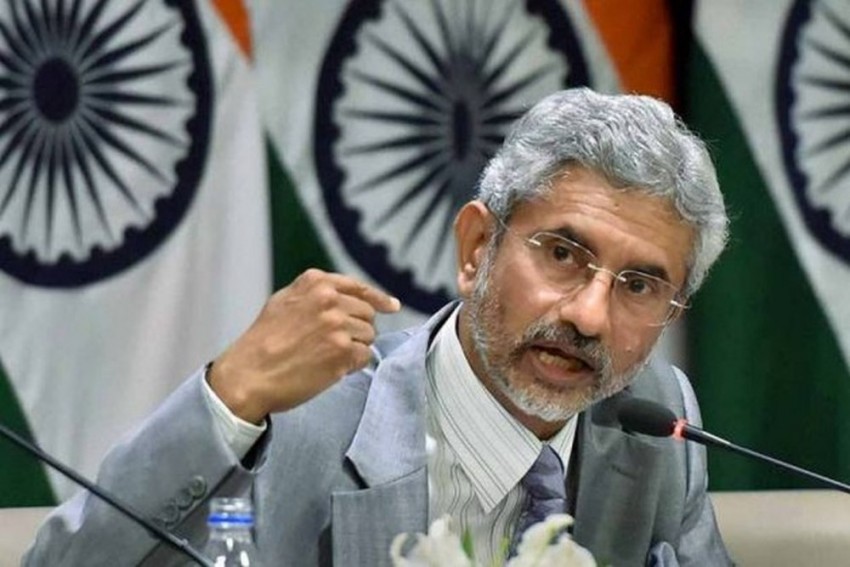 The organisations which are dealing with human rights should realise that terrorism can never be justified,  nor can its perpetrators ever equated with its victims, said Minister of  External Affairs S Jaishankar. The minister further described terrorism as one of the gravest threats to humankind.

Terrorism is a crime against humanity and violates the most fundamental human right, that is, the right to life, added Jaishankar as he spoke at the high-level segment of the 46th session of the Human Rights Council.

"Terrorism continues to be one of the gravest threats to humankind," he said in a virtual address.

"As a long-standing victim, India has been at the forefront of global action against terrorism. This is possible only when there is a clear realisation, including in bodies dealing with human rights, that terrorism can never be justified, nor its perpetrators ever equated with its victims,” he said in a veiled reference to Pakistan which is accused of providing safe havens to terrorists and often glorifies them.

He said India presented last month at the UN an eight-point action plan to deal with the scourge of terrorism. "We will continue to work together with members of the UNSC and other states to ensure implementation of our action plan," he added.

He said that the human rights agenda continues to face severe challenges, most of all from terrorism. The perennial concerns remain equally strong, be it global inequities or armed conflicts, he added.

"The ongoing pandemic has complicated the situation in many geographies. There is a need for us to come together to overcome these challenges. At the same time, multilateral institutions and mechanisms need to be reformed to be able to deal with these effectively," he said.

He said that violation of and gaps in the implementation of human rights should be addressed in a fair and just manner, with objectivity, non-selectivity, transparency and with due respect to the principles of non-interference in internal affairs and national sovereignty.

Jaishankar said India's approach to the UN Human Rights Council is guided by its spirit of engagement, dialogue and consultation. "We believe that equal emphasis should be placed on both the promotion and protection of human rights. Both are best pursued through dialogue, consultation and cooperation amongst States as well as technical assistance and capacity building," he said.

"We also believe that achievement of sustainable development goals will contribute to realisation and enjoyment of basic human rights," he added.

"As a member of the Human Rights Council, we remain committed to working together with fellow members of the Council to achieve consensus," he said.

He said India has always played an active role in the global promotion and protection of human rights.

"Our strong commitment to the welfare of the entire humanity, inspired by our civilisational ethos of ‘Vasudhaiva Kutumbkam’ or ‘the World is one family’ has provided the very foundation on which our constitutional and legal framework of human rights has been built," he said.

"Our approach is based on our own experience as an inclusive and pluralistic society and a vibrant democracy. Our Constitution has enshrined basic human rights as fundamental rights, guaranteeing civil and political rights, stipulating provisions for the progressive realisation of economic, social and cultural rights," he said.

He said India's abiding commitment to the promotion and protection of basic human rights has been manifest in its strategy to deal with the COVID-19 pandemic. India ensured that basic needs were very effectively addressed even during the COVID-19 lockdown, he said.

"As we addressed the health front at home, we responded to the world in equal measure. We provided essential medicines and equipment to more than 150 countries to assist them in this fight," he said.

In the same spirit, India has pledged to use its vaccine manufacturing capacity to make vaccines accessible and affordable to all. From Bangladesh to Brazil and from Morocco to Fiji, the pharmacy of the world is today supplying millions of vaccine doses to more than 70 countries, he added.

"We remain steadfast in our commitment to take all the possible steps to ensure the fullest enjoyment of basic human rights of our people, including inclusive and sustainable development. India is building a better and fairer society at home; it is also contributing to a better and fairer world," he added.

Dubai Restaurant Serves Biryani With Gold Toppings For Rs 19,000. Will You Try It?