Stop Companies From Setting Fire To The Amazon

More from Tiasa Adhya
View All

“The fires have raised the consciousness of people around the world to the importance of saving the Amazon and protecting this precious web of life, including its native communities,” writes Scott Wallace, veteran journalist and author of “The Unconquered: In Search of the Amazon’s Last Uncontacted Tribes”.

A fire is not natural in a rainforest. Even if it is created during lightning strikes in the wet season, it dies due to the moist vegetation and accompanying rain. Natural fires have been rare in Amazon’s evolutionary history.

Thus, life in rainforests is not adapted to withstand fire. Like in savannahs, wild animals do not have holes and termite mounds to hide in, when the fire passes. Shallow water dwelling and slow-moving animals get burnt alive when the fire passes right over. Plants get severely damaged by even low-intensity fires. When repeatedly alighted, trees get killed and the soil organic matter is incinerated.

Already 17 per cent of the rainforest was lost in this way within the last 50 years. If 20-25 per cent of Amazon gets destroyed, the system will reach a tipping point and change to huge swathes of scrubland, predicts Thomas Lovejoy of George Mason University and Carlos Nobre, retired climate scientist of Brazilian National Institute of Space Research (INPE).

Few references clearly show how Amazon is burning due to the voracious appetite of the industrial civilization as does “Tree of Rivers: The Story of the Amazon”. It grips us with its description of the onslaught of development on forests since the 1950s.

Policies were made to open up the forests. ‘The largest river in the largest forest’ was not too kind for growth of business. Roads and highways had to be created. Coupled with bulldozers and chainsaws, these roads created a fish-bone effect. From the main spine, dirt roads curved inside the interiors of the forest where logging took place, incessantly. Gigantic trees were converted into logs in minutes that provided infrastructure to the growing number of towns.

During ’60s and ’70s, towns increased from 10 to 120 catering to the settlers who wanted to cultivate, ranch, mine and dam the forests. By 2000, the population of settlers spiked from two million to 20 million. The forest canopy continued to be opened and local moisture continued decreasing till swathes of forest stood defenseless against accidental fires.

In 1971, ideas for the most notorious highway of them all was conceived by the military regime –the Trans Amazonica Highway project which would pierce right through the rainforest, opening it up for resource exploitation like never before. 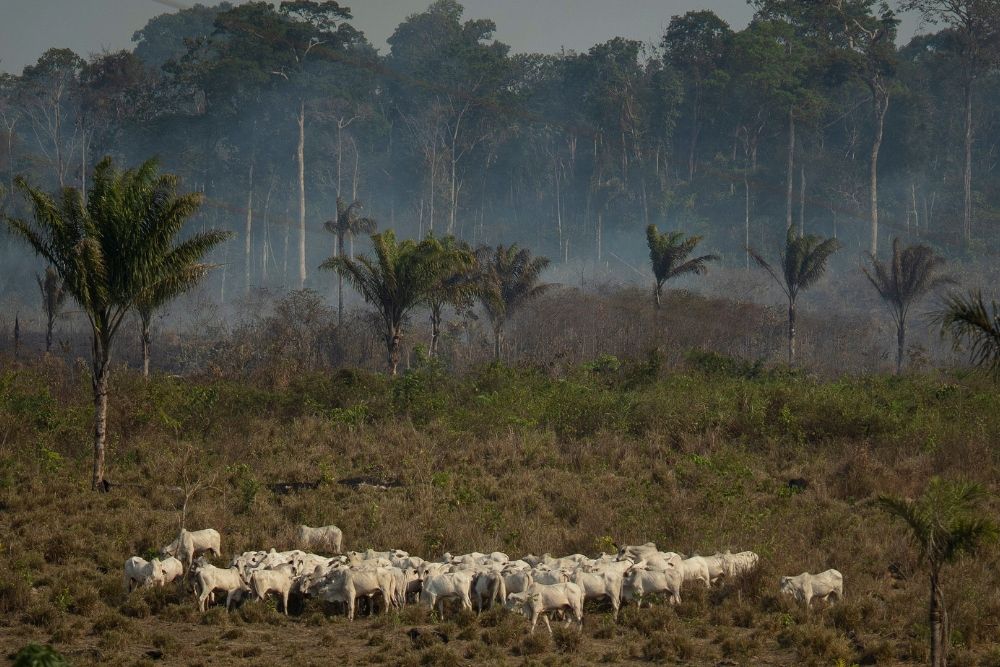 Referring to this highway, Gowri Varanashi, conservation educator working in the Amazon, says “When I first went to Peru in 2010, the edges of the highway, then a mud road, were towered by a dense wall of tall trees of primary forest.” But by 2014, “the road was paved, a whole lot of land cleared that was now grassland and farms. The forests were standing way back in the horizon.”

Brazil soon became the world’s leading beef exporter. Grazing soon exhausts the soil after which cash-crop farmers move in, usually to cultivate soybeans, according to Vania R. Pivello, Professor in the Department of Ecology, University of Sao Paulo. Brazil is second only to the US as the largest soya exporter. China and India are the biggest importers of soya from the Amazon.

Even soya can grow successfully for only the first 2-3 years after which generous doses of fertilizers are required. No wonder that Brazil has allowed the use of glyphosphate as pesticides to aid agricultural growth despite the stiff resistance that this toxic chemical has been facing in many European countries.

“We are close to dismantling the ‘rain machine’ that Amazon is. Less rain would mean drier regions and more frequent, more intense, and increasingly destructive fire episodes,” says Andrew Whitworth, scientist who has spent a decade studying rainforest biodiversity. “Burning releases the carbon frighteningly fast. We must stop cutting down ancient rainforest now. There is no more time,” he cautions.

Others seem to be racing with diametrically opposite motivations. “Within Brazil’s Congress, the powerful ruralistas favour opening up indigenous territories and protected areas to industrial development, including mechanized agriculture. They do not say openly that they want to usurp indigenous lands,” informed Wallace.

With Bolsonaro’s advent in the political scene, the push to dislodge environmental watch-guard departments was bolstered. Pro-environment voices were silenced. Monitoring of deforestation might soon be privatized. “Businesses will approach indigenous people to coerce partnerships thereby paving the way for their smooth entry into the forests to exploit resources. This is already happening in many areas illegally. The ruralistas and the Bolsonaro administration want to legalize this practice,” foresees Wallace. 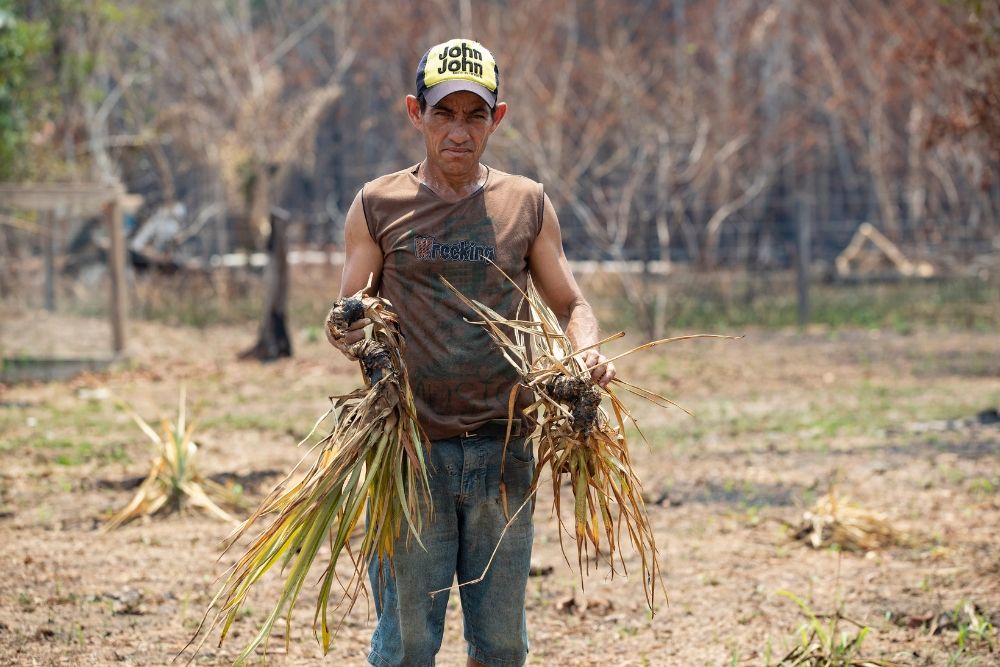 This year fire incidents exceeded that of last year by 80 per cent. The rainforest cannot be subjected to intentional fires anymore. “In the best-case scenario, if further deforestation is stopped, we can have a small secondary forest in 30-50 years. It can take centuries for that forest to resemble the ancient forests that once stood before the fires,” responds Whitworth.

The good news is that the Amazon has captured global attention. Activist organisations like Amazon Watch has identified the financiers, traders and retailers driving deforestation. Money is being financed to produce soy and beef to companies like Cargill, Marfrig and JBS by Black Rock, BNP, J.P. Morgan, HSBC and Santander. The multinational trade companies then sell their products to the mega-retailers – Walmart, Leclerc, Stop and Shop, Costco.

Solidarity is being extended to local groups and indigenous tribes to embolden them to stop such destruction. If a single tribe, Kayapo, could halt a series of dams in the middle of Amazon in 1988, imagine what would happen if the protesting tribes got international support. “When the engineer spoke about progress to relieve poverty, the Kayapo answered with devastating logic – ‘Don’t talk to us about relieving our “poverty”. We are not poor. We are the richest people in Brazil,” writes John Hemming in his Tree of Rivers: The story of the Amazon. They were not going to trade their life-giving rivers and forests for electricity and dams.

In the same light, Wallace’s advice seems radical - “fight for the planet wherever you live, stand up against environmental injustice and become a voice for advocating practices that reduce our consumption of the planet’s resources.”