The island nation was tipped off by Indian intelligence officers about the Sunday attacks two hours before it happened, but the report had failed to reach both the Prime Minister and the President. 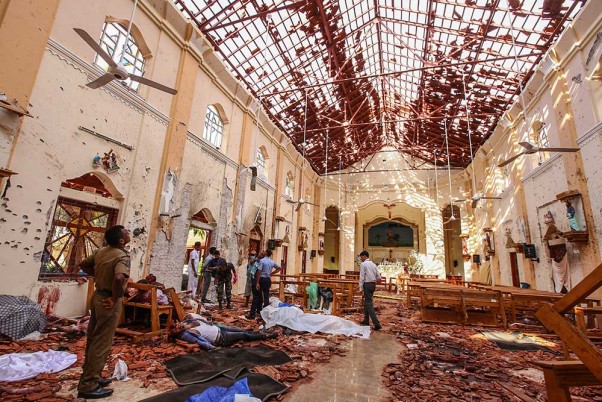 Quoting sources, CNN reported that warnings were shared with Sri Lankan security services, including one memo addressed to the IG, prior to the attacks. However, no measures were taken to thwart the deadly terror attacks which killed more than 350 people.

In addition, Sirisena, a day before, had said that he had no prior knowledge of the advance warnings related to the attacks. Shortly after the attacks, Sirisena, as well as Prime Minister Ranil Wickremesinghe, claimed that they had no clue about the warnings.

The call for resignations came amid reports of mounting criticisms against the Sri Lankan government over its failure to curtail the massacre despite detailed warnings.

On April 11, India's intelligence agencies sent a memo to the Sri Lankan Police chief with names, addresses, and even phone numbers of the culprits and warned that a local Muslim group, identified as National Thowheed Jamath (NTJ), was planning suicide attacks on Catholic churches and the Indian High Commission in the capital, Colombo.

On Tuesday, the Islamic State of Iraq and the Levant (ISIL or ISIS) claimed responsibility for the attacks, releasing a video in which the bombers, standing side-by-side with NTJ leader Zahran Hashmi, pledged allegiance to the armed group.

On Wednesday, State Minister of Defence Ruwan Wijewardene told reporters that there had been a "major lapse" in intelligence sharing in relation to the Easter attacks.

"The government has to take responsibility," Al Jazeera quoted the minister as saying.

"If the sharing of the intelligence information had been given to the right people at least this could have been avoided or even minimised. The government cannot say that they are not responsible," he said.

Wijewardene further noted that the government at present was determined to show that it was in charge of the situation.

He said, "We are asking the people to be vigilant," adding, "I'm not saying that the country is 100 per cent at the moment - there are still a few people out there - but within the next few days we should have the situation totally under control."

The Sri Lankan government had earlier said that the attackers were mostly well-educated while one of them had studied in the United Kingdom and Australia.

Police spokesman Rohan Gunasekara told Al Jazeera that there were nine bombers involved in the attacks, including the wife of one of the bombers who blew herself up when security forces raided their home in the south of Colombo. Eight of the bombers had been identified, he added.

Some 60 people have been arrested and 32 were in the custody of the Criminal Investigation Department, while the others were held at local police stations, Gunasekara said.

Thirty-nine foreign nationals, including 10 Indians, were killed when coordinated blasts struck as many as eight high-end hotels and churches in Colombo, Negombo and Batticaloa cities of Sri Lanka on Sunday.