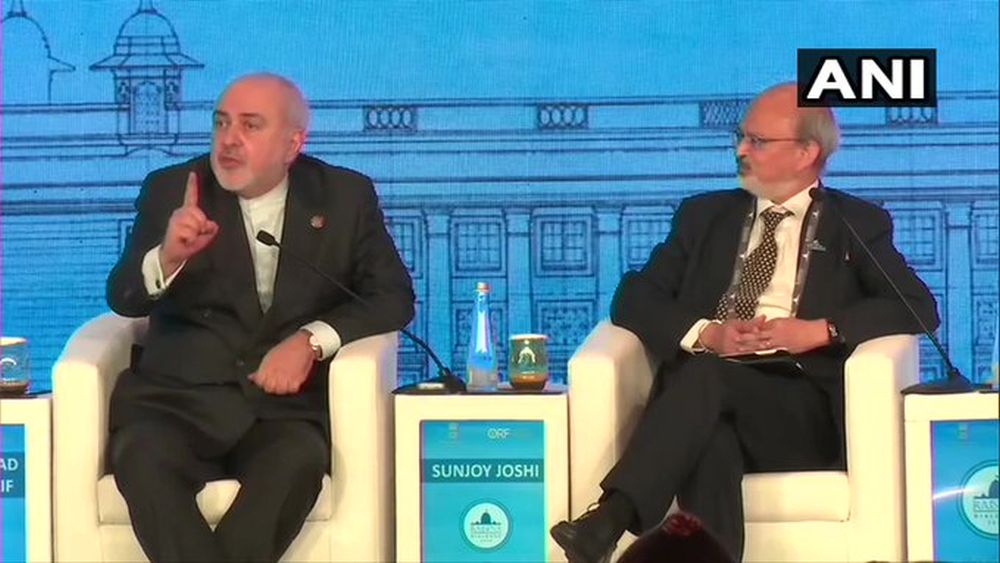 Iranian Foreign Minister Javad Zarif on Wednesday termed the developments in Iran that have unfolded over the past few weeks as "very sad" and said that there is a need to "create hope in region and get rid of despair".

The Iranian Foreign Minister arrived in India on Tuesday on a three-day visit to attend the fifth edition of the Raisina Dialogue.

The remarks by Zarif come at a time when global attention is focused on the simmering tensions in the Middle East post the killing of Iranian General Qassem Soleimani by a Pentagon-ordered drone attack in Baghdad earlier this month, which has further strained ties between Washington and Tehran.

A Look At The Life Of General Qasem Soleimani, Key Architect Of Iran's Regional Influence

Zarif said the killing of Soleimani shows ignorance and arrogance of the US. He said that 430 Indian cities saw protests against the General's killing.

"Soleimani was single biggest threat to ISIS; it is now celebrating his killing," Zarif said.

"The US didn't like General Soleimani, although he was the single most effective force against Daesh. If you don't believe me, see they are celebrating. Who are celebrating the death of Soleimani? Not the ordinary people, but Trump, Pompeo and Daesh," Zarif added.

Commenting on the current tensions in the middle east, Zarif said Iran has incurred hundreds of billions of dollars in damages.

When asked if there was a diplomatic solution to the current situation, Zarif said: "Iran is interested in diplomacy, not interested in negotiating with US."