Offensive Weapons Bill, which is now a law, was amended late last year to ensure that it would not impact the right of the British Sikh community to possess and supply kirpans, or religious swords. 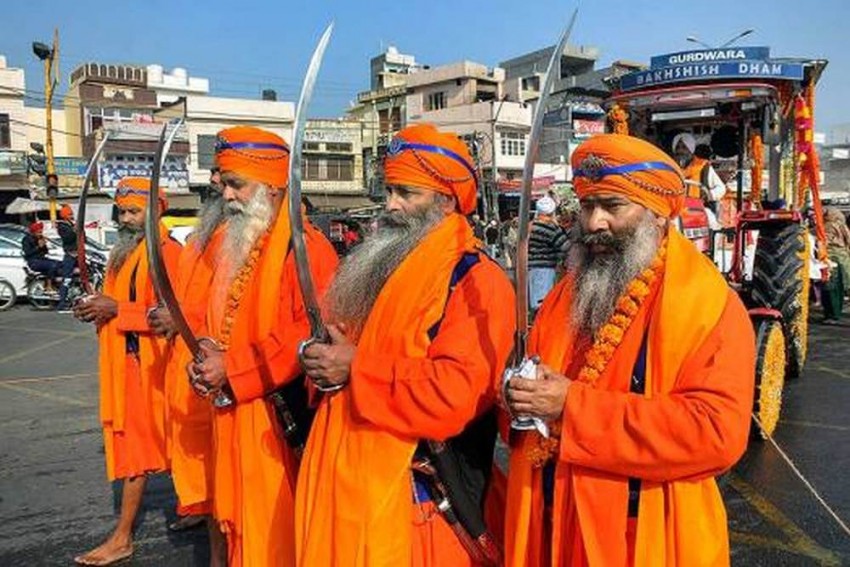 Sikhs in UK are now allowed to carry Kirpans, after Offensive Weapons Bill was approved by the parliament as an act of law.
File Photo
Outlook Web Bureau 2019-05-18T17:42:52+05:30 Sikhs Allowed To Possess, Carry Kirpans In UK 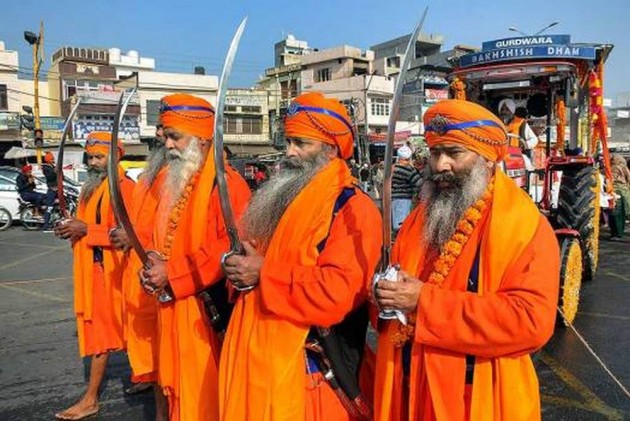 A new Offensive Weapons Bill aimed at tackling rising knife crime in the UK, completed its journey through Parliament to become an act of law, after receiving the Royal Assent of Queen Elizabeth II this week.

The bill had been amended late last year to ensure that it would not impact the right of the British Sikh community to possess and supply kirpans, or religious swords.

"We have engaged closely with the Sikh community on the issue of kirpans. As a result, we have amended the Bill to ensure that the possession and supply of large kirpans for religious reasons can continue," a UK Home Office spokesperson said.

The All Party Parliamentary Group (APPG) for British Sikhs had led a delegation to the UK Home Office, to ensure that the kirpan remains exempt after the new bill becomes law.

"I am pleased to see the government amendment...which reflects the importance of not criminalizing the Sikh community for the sale or possession of large kirpans," said Labour MP Preet Kaur Gill, Chair of the APPG for British Sikhs.

The new law would, therefore, maintain the status quo in continuing to legally safeguard the sale, possession and use of large kirpans.

Fellow Sikh MP, Tan Dhesi, had also made an intervention during the Offensive Weapons Bill debate in the Commons, to seek "assurances about the kirpan, given the Sikh community's serious concerns".

Large kirpans, with blades over 50-cm, are used by the community during religious ceremonies in gurdwaras, as well as for ceremonies involving the traditional Sikh Gatka martial art. They would have fallen foul of the new bill on the possession of large blades without the amendment, which has now been agreed.

The Offensive Weapons Act covers new offences around possession of certain offensive weapons in public and enforces new restrictions on the online sales of bladed articles and corrosive products, an attempt to crack down on rising knife and acid-related attacks in the country.

"These new laws will give police extra powers to seize dangerous weapons and ensure knives are less likely to make their way onto the streets in the first place. The Act will also see the introduction of Knife Crime Prevention Orders – a power the police called for," said UK Home Secretary Sajid Javid.

The act is aimed at strengthening existing legislative measures on offensive weapons, focusing on corrosive substances, knives and certain types of firearm. It brings in new laws to ban the sale of corrosive substances to anyone under the age of 18, to target people carrying acid, to make it more difficult for anyone under the age of 18 to buy knives online, and to ban certain types of firearms.