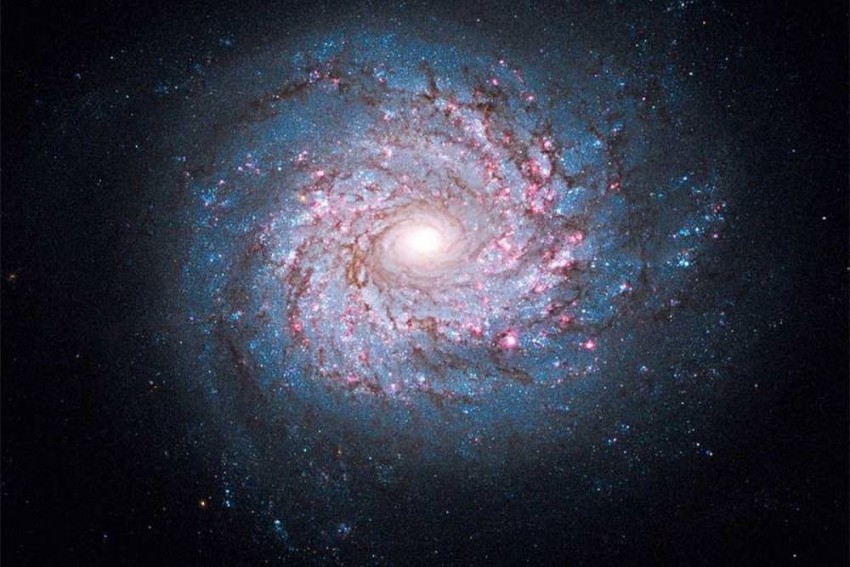 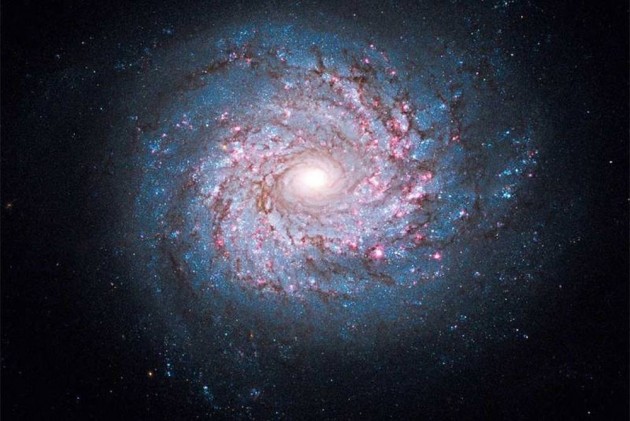 Of the more than 60 FRBs observed to date, repeating bursts from a single source had been found only once before -- a discovery made by the Arecibo radio telescope in Puerto Rico in 2015, the team said in a paper published in the journal Nature and presented at the American Astronomical Society meeting in Seattle on Wednesday.

FRBs are short bursts of radio waves coming from far outside our Milky Way galaxy and scientists believe FRBs emanate from powerful astrophysical phenomena billions of light years away.

"Whatever the source of these radio waves is, it's interesting to see how wide a range of frequencies it can produce. There are some models where intrinsically the source can't produce anything below a certain frequency," said team member Arun Naidu of McGill University.

The repeating FRB was one of a total of 13 bursts detected over a period of just three weeks during the summer of 2018. It came six times from the same location, 1.5 billion light-years away.

Additional bursts from the repeating FRB were detected in the following weeks.

"Until now, there was only one known repeating FRB. Knowing that there is another suggests that there could be more out there," added Ingrid Stairs, a member of the CHIME team and an astrophysicist at University of British Columbia (UBC).

Most of the FRBs previously detected had been found at frequencies near 1400 MHz, well above the Canadian telescope's range of 400 MHz to 800 MHz.

The majority of the 13 FRBs detected showed signs of "scattering," a phenomenon that reveals information about the environment surrounding a source of radio waves.

"That could mean in some sort of dense clump like a supernova remnant," says team member Cherry Ng, an astronomer at the University of Toronto. "Or near the central black hole in a galaxy. But it has to be in some special place to give us all the scattering that we see".

Ever since FRBs were first detected, scientists have been piecing together the signals' observed characteristics to come up with models that might explain the sources of the mysterious bursts.

The detection by CHIME of FRBs at lower frequencies means some of these theories will need to be reconsidered.

"(We now know) the sources can produce low-frequency radio waves and those low-frequency waves can escape their environment, and are not too scattered to be detected by the time they reach the Earth.

"That tells us something about the environments and the sources. We haven't solved the problem, but it's several more pieces in the puzzle," noted Tom Landecker, a CHIME team member from the National Research Council of Canada.

In 2017, Professor Avi Loeb from the Harvard-Smithsonian Centre for Astrophysics his colleague Manasvi Lingam proposed that FRBs could be leakage from planet-sized alien transmitters, reported The Guardian.

"Fast radio bursts are exceedingly bright given their short duration and origin at great distances, and we haven't identified a possible natural source with any confidence," said Loeb in a statement after the publication of a previous paper in the Astrophysical Journal Letters.

"An artificial origin is worth contemplating and checking," he added.