The attack comes amid sharply rising tensions in the Middle East, a day after a mysterious explosion struck an Israeli-owned ship in the Gulf of Oman. 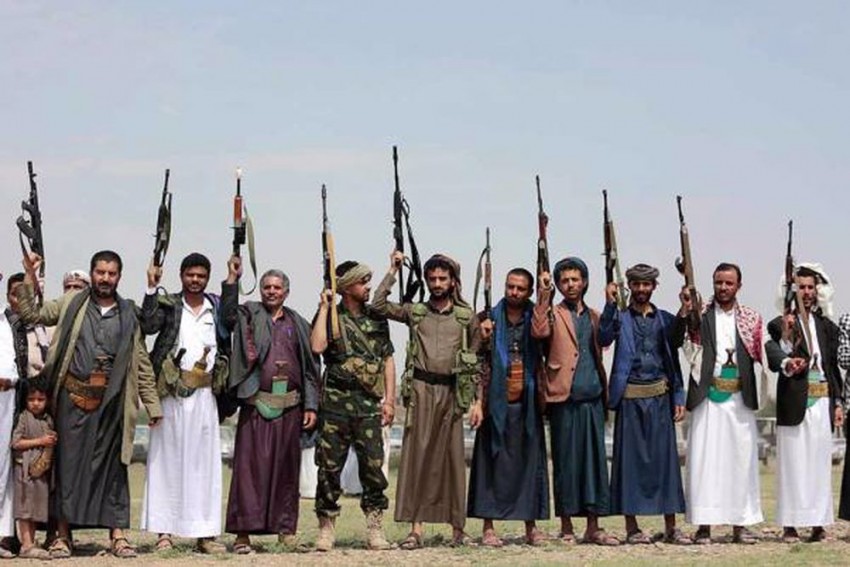 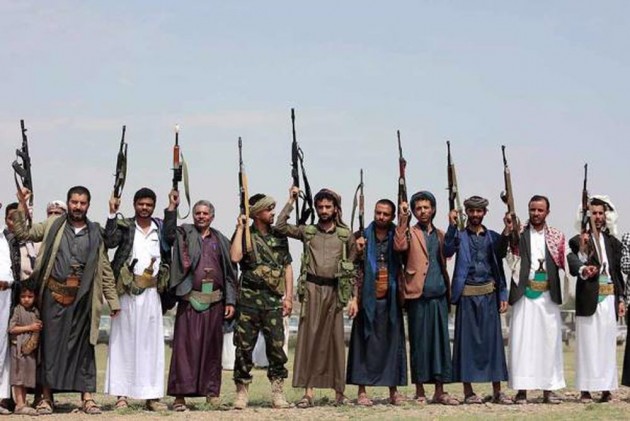 Saudi Arabia said Saturday it intercepted a missile attack over its capital and bomb-laden drones targeting a southern province, the latest in a series of airborne assaults it has blamed on Yemen's rebel Houthis.

The Saudi-led military coalition fighting in Yemen's years-long war announced the Iran-allied Houthis had launched a ballistic missile toward Riyadh and three booby-trapped drones toward the province of Jizan, with a fourth toward another southwestern city and other drones being monitored. No casualties or damages were initially reported. There was no immediate comment from the Houthis.

The attack comes amid sharply rising tensions in the Middle East, a day after a mysterious explosion struck an Israeli-owned ship in the Gulf of Oman. That blast renewed concerns about ship security in the strategic waterways that saw a spate of suspected Iranian attacks on oil tankers in 2019.

The state-owned Al-Ekhbariya TV broadcast footage of what appeared to be explosions in the air over Riyadh. Social media users also posted videos, with some showing residents shrieking as they watched the fiery blast pierce the night sky, which appeared to be the kingdom's U.S. Patriot missile batteries intercepting the ballistic missile.

Col. Turki al-Maliki, the spokesman for the Saudi-led coalition, said the Houthis were trying in “a systematic and deliberate way to target civilians.”

The U.S. Embassy in Riyadh issued a warning to Americans, calling on them to “stay alert in case of additional future attacks.” Flight-tracking websites showed a number of flights scheduled to land at Riyadh's international airport diverted or delayed in the hour after the attack.

As Yemen's war grinds on, Houthi missile and drone attacks on the kingdom have grown commonplace, only rarely causing damage. Earlier this month the Houthis struck an empty passenger plane at Saudi Arabia's southwestern Abha airport with a bomb-laden drone, causing it to catch fire.

Meanwhile, the Saudi-led coalition has faced widespread international criticism for airstrikes in Yemen that have killed hundreds of civilians and hit non-military targets, including schools, hospitals and wedding parties. U.S. President Joe Biden announced this month he was ending U.S. support for the Saudi-led war in Yemen, including “relevant” arms sales. But he stressed that the U.S. would continue to help Saudi Arabia defend itself against outside attacks.

The Houthis overran Yemen's capital and much of the country's north in 2014, forcing the government into exile and months later prompting Saudi Arabia and its allies to launch a bombing campaign.

US Approves Johnson & Johnson Single-Shot Covid Vaccine For Emergency Use