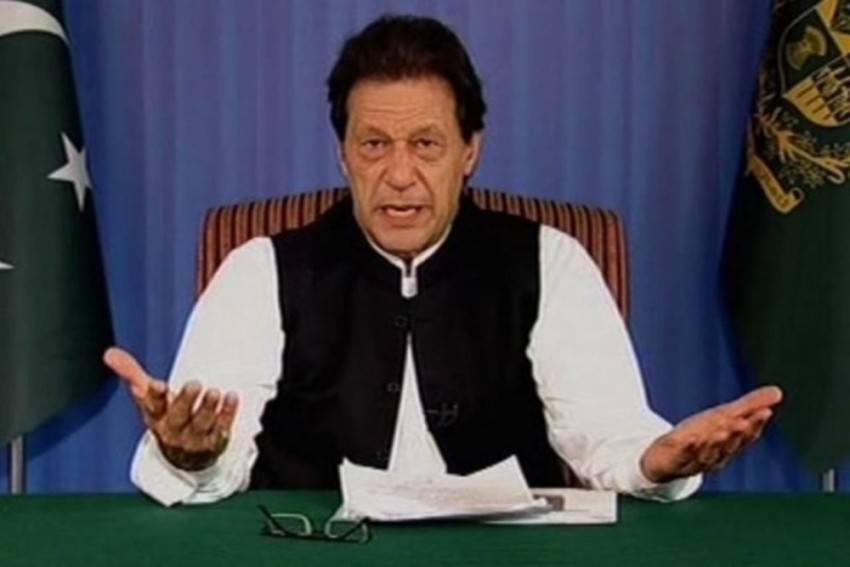 Prime Minister of Pakistan, Imran Khan on Saturday won a trust vote in the National Assembly by securing 178 votes in the 342-member lower house of Parliament amid a boycott call by the Opposition parties. The trust vote has further strengthened his government's legitimacy after an embarrassing defeat of the finance minister in the hotly-contested Senate elections.

The floor test took place without the Opposition as the Pakistan Democratic Movement (PDM) – an alliance of 11 parties on Friday decided to boycott the vote of confidence on Khan's government.

A total of 172 votes was needed for a simple majority. The special National Assembly (NA) session has been convened on the directives of President Arif Alvi.

The 68-year-old cricketer-turned politician had decided to take a vote of confidence in the lower house of Parliament after his finance minister Abdul Hafeez Shaikh was defeated in the closely-fought Senate election on Wednesday. The Opposition demanded the Prime Minister’s resignation after the debacle.

A total of 172 votes in the 342-member House was needed for a simple majority. The ruling coalition had 181 members but after the resignation of one of its lawmakers, Faisal Vowda, its strength was reduced to 180. The Opposition coalition has 160 members in the House. One seat was vacant.

The ruling party's allies include seven from Muttahida Qaumi Movement (MQM), five each from the Pakistan Muslim League-Q (PML-Q) and the Balochistan Awami Party (BAP), three from the Grand Democratic Alliance (GDA) and one each from the AML and the JWP.

On Friday, Prime Minister Khan chaired a meeting of parliamentary parties at the Prime Minister House (PMH) in which all Members of the National Assembly (MNAs) of the ruling alliance were asked to vote for the prime minister otherwise they can be disqualified.

According to a Cabinet member, 175 lawmakers of the ruling coalition attended the parliamentary party meeting at PMH.

Khan also held separate meetings with leaders of the ruling coalition partners. All allied parties -- the MQM, the PML-Q and the GDA pledged their support to him.