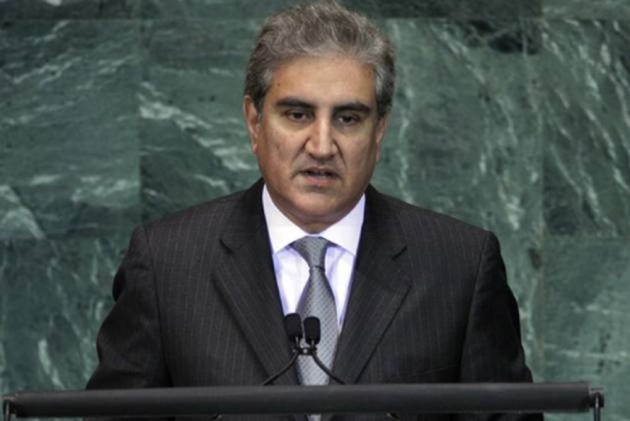 Qureshi discussed the situation in Kashmir with Geelani over a phone call, according to ARY channel.

This is the second time Qureshi has called up a Kashmiri separatist in the last few days.

Gokhale bluntly told Mahmood that Pakistan should desist from such provocative actions, failing which there will be "implications".

This was a brazen attempt by Pakistan to subvert India’s unity and to violate “our sovereignty and territorial integrity, by none other than the Pakistan Foreign Minister”, IndianExpress quoted MEA spokesperson Raveesh Kumar as saying on Thursday.

“The Pakistan Foreign Minister’s actions are tantamount to direct interference in the internal affairs of its neighbour. Foreign Secretary underscored that by this action, Pakistan has confirmed yet again that it officially abets and encourages individuals associated with terrorism and anti-India activities,” the MEA spokesperson had said.

Significantly, Qureshi's phone call to Geelani came just a day ahead of the Prime Minister's visit to the state.