On New Year's Eve, US Military Tweeted About Dropping Big Bombs, Then Apologised 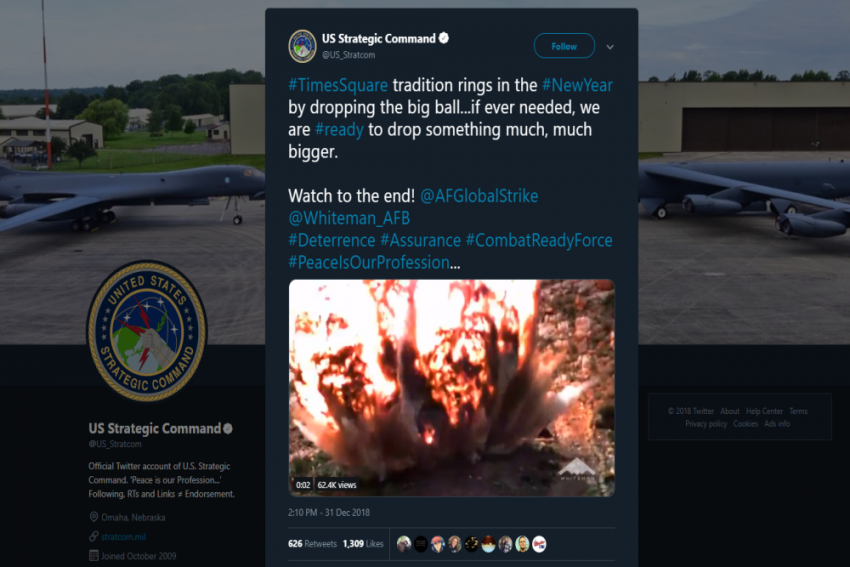 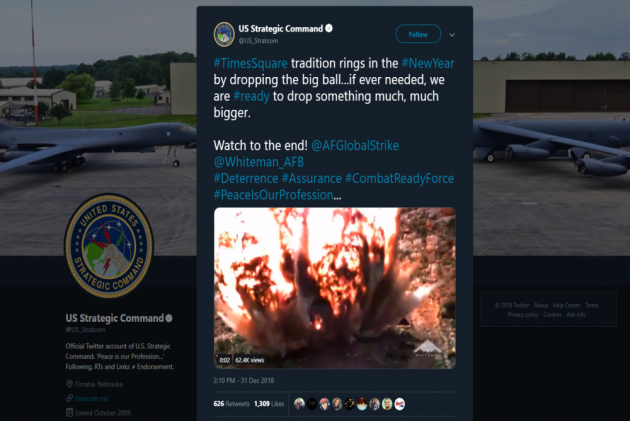 US Strategic Command has apologised for a New Year's Eve tweet demonstrating its capacity to drop catastrophic bombs.

The tweet on Monday said that, if ever needed, the military was ready to drop "something much, much bigger" than the New Year's Eve ball in New York City, whose descent at Times Square marks the arrival of the New Year, Xinhua news agency reported. It also showed a video of an aircraft releasing bombs and explosions on the ground.

Twitter users responded to the message with confusion and unease and it triggered a debate about the propriety of the tweet especially on the occasion of the new year.

The message was deleted later from the Strategic Command's twitter feed, while a new message said the previous one was "in poor taste".

"We apologise," the subsequent tweet said. "We are dedicated to the security of America and allies."

Our previous NYE tweet was in poor taste & does not reflect our values. We apologize. We are dedicated to the security of America & allies.