The activists from Jeay Sindh Muttahida Mahaz (JSMM) demanded freedom of the Sindh province from Pakistani occupation, the abolition of human rights abuses in Sindh and religious fundamentalism. 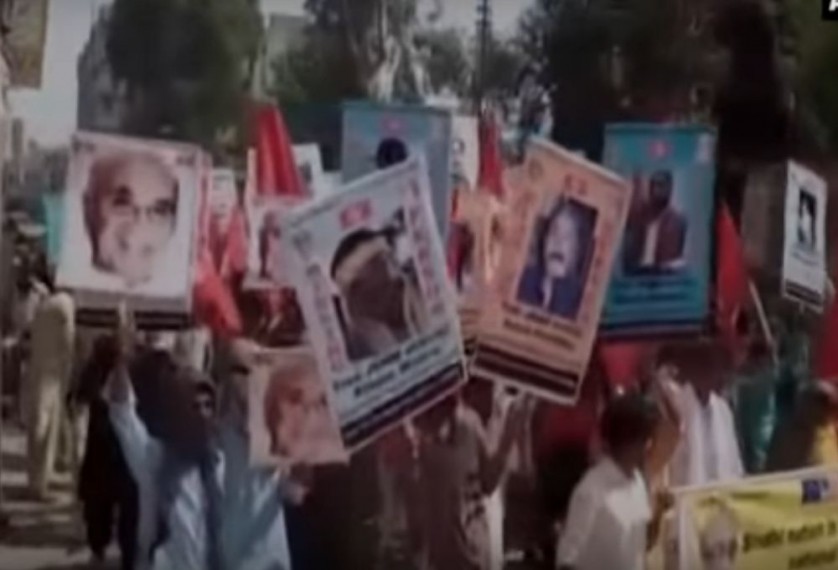 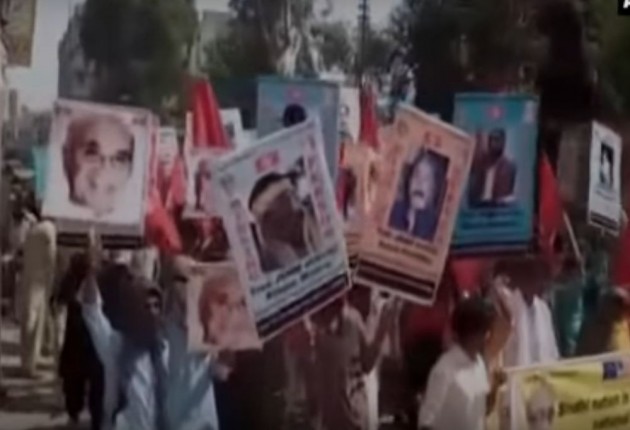 A large number of Sindhi activists carried out an anti-Pakistan protest march on the 115th birth anniversary of GM Syed, the founder of Sindhudesh movement, in his hometown, Sann.

The activists from Jeay Sindh Muttahida Mahaz (JSMM) demanded freedom of the Sindh province from Pakistani occupation, the abolition of human rights abuses in Sindh and religious fundamentalism.

Raising slogans against the Pakistan Army, the activists accused them of abducting and killing Sindhi human rights activists and scholars. Activists claim that a heavy contingent of Pakistani security forces besieged the outskirts of Sann and established checkpoints to harass and restrain Syed's followers from entering the town for two days.

Several arrests were made and dozens of leaders and activists from different cities were abducted in order to stop the political gatherings of various Sindhi nationalist parties to be held on the eve of Syed's birthday.

The banners and flags of Sindhudesh movement were removed from Sann and many surrounding villages and towns were raided to harass the political activists to restrain their activities prior to the celebrations.

However, masses reacted in sheer defiance and came out to commemorate the celebrations of Sayed's birth anniversary.

Major political caravans, led by different political parties, were searched and stopped by Pakistan Rangers, the ISI and the Army at the Jamshoro Toll Plaza and Qazi Ahmed- Aamri Bridge to keep them from entering Sann.

However, the caravans were forced to be released later, owing to the growing number of Jeay Sindh activists gathering from all over Sindh. Hundreds of JSMM activists, led by party's senior leadership, rallied from the outskirts of Sann town and paid a memorial visit to the mausoleums of GM Syed and martyred JSMM leaders Muzafar Bhutto, Rooplo Cholyani, Muneer Cholyani, Afzal Panhwer and Anees Soomro.

The activists laid floral wreaths and recited the national anthem of Sindhudesh. The families of missing and martyred JSMM activists also participated in the rally and political gathering of JSMM.

The political gathering was presided over by exiled JSMM chairman Shafi Burfat via a written message. The JSMM chairman venerated Sayed in his speech and highlighted the ongoing brutal operation of the Pakistani forces in Sindh including imprisonments, enforced disappearances, state torture in secret detention centres and killings of Sindhi political activists.

He condemned the abduction and enforced disappearance of JSMM's vice chairman, Ramesh Kumar and his two brothers along with dozens of other JSMM activists.

He appealed to the Sindhi nation to demonstrate unity and act responsibly to stand for their freedom from this "filthy theocratic state". He also appealed to the UNO, the international community, especially USA, Germany, France, UK, and India to demolish Pakistan for the sake of humanity, regional security and global peace.