Corona Combat: How China Went From Being Epicentre Of COVID-19 To 'Zero Infection'

Within less than two months of locking down Wuhan, China not only flattened the curve but also contained the virus with a minuscule number of fresh infections 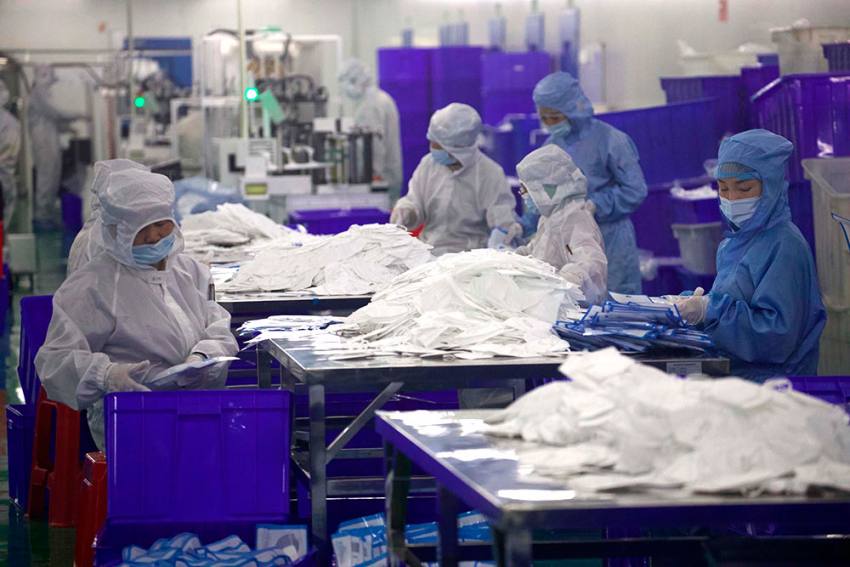 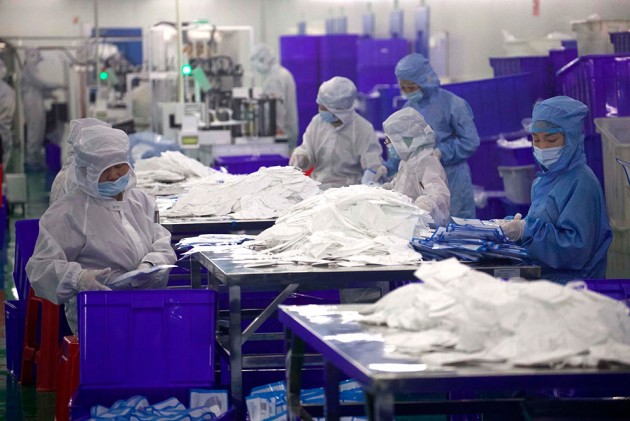 TS Eliot began his monumental magnum opus The Waste Land with the adage “April is the cruelest month…” However, the opening words of the 434-line masterpiece was rather a misnomer in the case of China. With the flowers blooming across the Middle Kingdom with sweet fragrances filling the air of melancholy, the long and harsh winter has passed paving the way for spring in the mild month of April.

The fourth month of the Gregorian calendar, however, brought a good omen for the first COVID-19-infected country on earth and its outbreak epicentre Wuhan. April 6 marked the first day since January when there wasn’t single death reported on the Chinese soil while two days later, on April 8, people from Hubei’s capital city were allowed to travel outside the province for the first time after being cooped up for 76 perturbing days.

At a time, when the rest of the world is grappling with the perfervid spread of the pathogen and its tantalus tentacles spreading across neighbouring India, China seems to have come to terms with the colossal scale of the contagion.

World Health Organization (WHO) Goodwill Ambassador James Chau remarked, “I think no one country has got it fully right. But I do see the success part of China has been the transmission, obviously, something went wrong in the beginning. The government has acknowledged that and talked about missteps and shortcomings and dismissed a number of public officials.”

“But in terms of going forward, I think what is important is that you need to focus on not so much now what went wrong but getting on with the drop. Because that’s what is important in a humanitarian crisis. This pandemic should not be simply viewed within the parametre of a health crisis, It’s bigger than that. It’s a humanitarian crisis or more simply, it’s a people’s crisis,” the host of the show The China Current, which continues to run a special series called ‘The Novel Outbreak’ with interviews, videos, and podcasts with leaders in science, health, and diplomacy, added.

Weeks after continuously and constantly combatting against the virulent virus since putting Wuhan and Hubei under cordon sanitaire and carrying out an unprecedented countrywide quarantine exercise of a massive multitude from January 23 onwards, China was able to shut the floodgate of insidious infections and frightening fatalities for the first time on March 18. That wonder Wednesday, three days after the Ides of March, reported no new infections on the Chinese soil, including its epicentre of Wuhan and Hubei, even though there were 34 “imported” cases on that same day from abroad.

More importantly, on the same day, the total number of coronavirus-infected deaths on a single day came down to a single digit of 8. The very next day, China’s chuffed National Health Commission (NHC) not only made the all-important “zero infection” announcement, but the defining day also saw the closure of the highest-level investigation by China’s National Supervisory Commission on the police action of summoning Wuhan’s whistle-blower ophthalmologist, Dr. Li Wenliang, and the report concluded that the police action against the deceased doctor, who too died of the coronavirus after getting infected while working at his hospital, was not appropriate. In fact, the day also witnessed Italy overtaking China’s overall death toll due to the catastrophic contagion.

Since locking down Wuhan and a dozen other cities in its Hubei province, China fiercely fought the disease on a war-footing basis and within almost one month, the country not only flattened the curve but also contained it with a minuscule number of fresh infections since the decisive day of March 18.

While describing China’s success against the backdrop of a global gloom caused by the plaintive pathogen, Gwendolyn Pang, Head of East Asia Regional Delegation, International Federation of Red Cross and Red Crescent Societies, said, “We are going through the worst humanitarian crisis of our time, globally and I am inspired by experiencing the dedication, courage and sacrifice the medical staff, frontline volunteers and the people of China showed over the past few weeks.”

“The situation in China is slowly improving but at the same time, we are seeing an evolving pandemic situation impacting 190-odd countries. We must learn from China's experience about the speed, scale and technical expertise needed to manage, contain and reverse the outbreak,” Beijing-based Pang added.

Although the early spread in Wuhan went out of bounds in January while the death toll rising thick and fast starting from February, the Chinese government carried out multi-pronged combat against the coronavirus using its state-of-the-art healthcare system, disciplined and dedicated workforce, advanced technological prowess, diplomatic manoeuvrings, a solid supply chain, and manufacturing might.

Beijing-based Atul Dalakoti, Executive Director of FICCI China, mentioned, “What China did right was that the government at central and local levels came together giving prevention and treatment top priority. No doubt the SARS experience had the government more ready to face this epidemic.

“China tried its best to reduce the possibility of human-to-human transmission. Closed-off management is necessary when a highly infectious virus comes out. Also, China tried to stay transparent to release the most recent information regarding COVID-19 to the public. People will panic if rumours keep coming out while no official version which is authentic is put out it makes it really tough for the common people.”

Notably, the outbreak, which resulted in the death of over 3,000 and infected more than 80,000 in China, not only brought terrible human suffering to the world’s second-largest economy but also posed a threat to its economy brawn in the first quarter with a slowdown with Goldman Sachs estimating a likely shrink of 9%. However, Beijing-based Mehernosh Pastakia, who runs restaurants in the Chinese capital, felt the impact may not be as bigger as it has been projected.

“If you look at China from a different perspective, from a third angle, and you watch it, China would anyway have had a holiday from January 20 onwards, which would have extended till the first week of February, or the end of February. So most of the factories would have anyway been closed anywhere between the first week of February to till the end of the month. So it has been noticed before also that factories actually close down for a month. So the first month of quarantine, actually speaking, would not have been a big loss because that would have been a holiday period anyway. So I don’t feel that it would have really pinched the industry,” the Indian businessman explained.

Dalakoti too felt, “Today the biggest challenge is for China to bring the economy back to speed. With the COVID-19 spreading so very quickly and wiping out the market cap of companies at an unprecedented speed the Chinese recovery would require a lot of government support. I am sure we will see a huge uptick in the economic development of China in the second and third quarter which should show the world the way forward to get back on our feet.”

Meanwhile, the country, which began its corona combat as a receiver of aids, accessories, and medicines from several benevolent countries, including Japan, South Korea, and India to name a few, has turned the tide in less than two months to emerge as a giver to the global community with the virus spreading across every continent except for Antarctica. The tell-tale signs of China’s strong recovery and steady bounce back have been underlined by the fact that China has already provided assistance to more than 100 countries and many international organisations to fight against the same coronavirus that brought the world’s most populous nation to a standstill, keeping it on tenterhooks for over two months.

“China stands well prepared to play a crucial role to contain the spread of COVID-19 and despite claims to the contrary from some Western critics, Beijing is working closely with WHO (World Health Organization) and other foreign sovereign governments. China has a history of success when it comes to tackling diseases and viruses while using superb hi-tech medical equipment and medicines,” opined Tom Pauken II, author of ‘The US vs. China: From Trade War to Reciprocal Deal’ and Asia-Pacific affairs commentator.

However, as experts are fearing a second wave, China has seen an alarmingly sharp rise in “imported cases.” According to the NHC, since March 11, when the WHO characterized the epidemic as a pandemic, the cumulative number of “imported cases” in China has seen a leap of over 200%, outpacing the 98% increase in the cumulative worldwide confirmed cases during the same period.

Even though the country-wide partial quarantine hasn’t been completely lifted, the Chinese government has already taken a slew of stringent steps to counter the new wave of “imported” and “asymptomatic” cases. With Beijing witnessing a significant surge in imported infections over the past few weeks, the government has temporarily suspended entry of all foreigners with a valid visa from March 28 onwards.

China also restricted the number of flights per airline in a particular route to just one per week from March 29. Earlier, the government had made it mandatory for all inbound air travellers to undergo a 14-day quarantine at the government-designated hotels or quarantine centres and also decided to divert all the Beijing-bound international flights to 12 other cities as first points of entry in China March 23 onwards. Meanwhile, to cater to the ‘imported’ new cases, the administration reopened on March 16 its SARS-era Xiaotangshan speciality hospital. The facility was built in a mind-boggling six days in the height of SARS days in 2003. However, after several days of zero new infections and a diminishing number of deaths on its soil, China is staring at normalcy.

But Chau cautioned, “China can’t be complacent at this crucial juncture. As we see in other outbreaks like Ebola, for example, the battle is not won when you hit zero. The battle is only truly won is when you hit a number of days, in the case of Ebola it’s 42 days of zero transmission before it’s declared that the victory is achieved.”

Why The Giant America Appears Helpless Against Coronavirus