More than 7,800 people in New York have died due to coronavirus, several times more than the total number of people killed in the devastating 9/11 terror attacks. 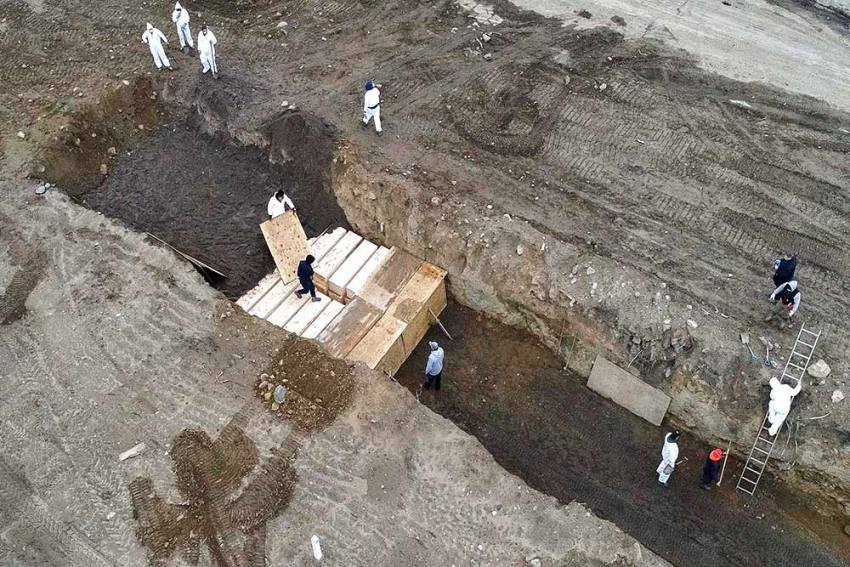 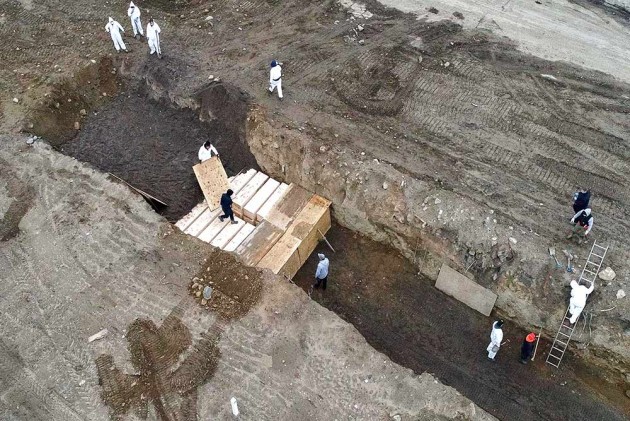 Authorities in New York, the epicentre of the coronavirus pandemic in the US, are burying unclaimed bodies quickly to clear space in the city's morgues, where mortal remains of COVID-19 patients are piling up, according to a media report.

A report in The New York Times said every Thursday was burial day on Hart Island, the final resting place off the Bronx for New York City's unclaimed dead.

"But as with many things, coronavirus has changed all that," it said.

Burials are now being done five days a week at Hart Island, with roughly 25 bodies lowered into trenches each day, according to a city official.

"That is as many burials as would typically be done in a week before the virus hit," the report said.

New York, which has emerged as the epicenter of COVID-19 deaths, has registered over 1.7 lakh positive cases, which is more than any other country.

More than 7,800 people in New York have died due to coronavirus, several times more than the total number of people killed in the devastating 9/11 terror attacks.

The NYT report quoted a city official as saying that the only people being buried at the island for now are those for whom the city has been unable to contact next of kin for some time.

"We understand extenuating circumstances," the official said, noting that bodies that have not been claimed because their families are under quarantine or on lockdown or for some other reason will not be buried on Hart Island.

The report said the city's morgues used to have adequate space to hold unclaimed bodies for 30 to 60 days before they were buried on Hart island. But now, with the pace of the coronavirus death toll increasing, the city is moving to bury more of those people to clear space in the morgues.

"Because we didn't have pressure on the system, we didn't have to move them quickly," the official said, adding, "We are now burying people who have been sitting with us for quite some time."

The official said it is possible that the burial of the unclaimed bodies of COVID-19 victims has already begun, because people have been dying of the virus for weeks.

"We know that if it didn't happen yesterday, it's only a matter of days until people are buried because of the time that has passed," the official said on Friday morning, referring to victims of the disease.

Contract workers are now doing the burials, rather than the Rikers Island inmates who normally do them, the official said.

The US has become the world's first country to have registered more than 2,000 COVID-19 deaths in a single day with 2,108 fatalities reported in the past 24 hours, while the number of infections in America has crossed 500,000, the highest in the world, according to Johns Hopkins University data.

Coronavirus: Why Have So Many Died In New York?