The moment – seen by billions around the world – officially begins the 60-second countdown to the New Year. 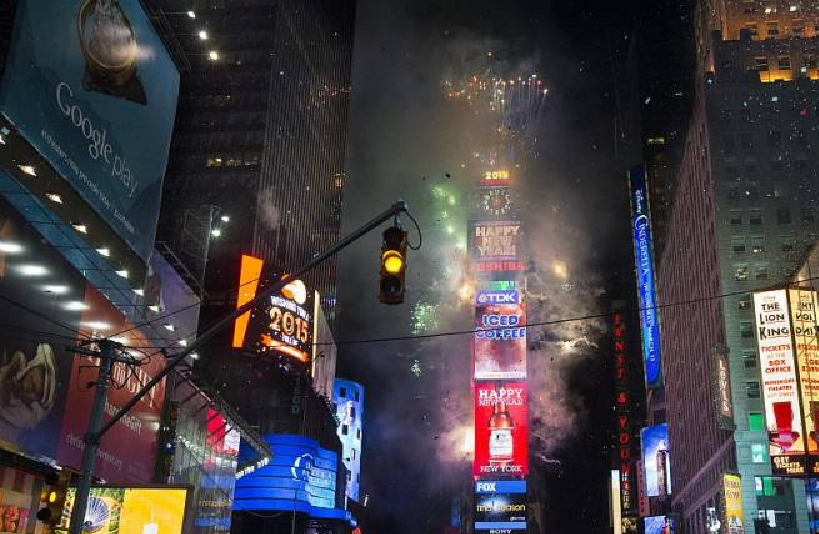 Honouring journalism and press freedom, leading journalists, mostly from the US, will ring in the New Year Monday at the iconic Times Square's popular New Year eve celebrations, watched by billions around the world.

As the official special guests, the group will appear on stage with the Committee to Protect Journalists just before midnight to push the crystal button that signals the lowering of the New Year's Eve Ball.

Times Square Alliance and Countdown Entertainment, co-organisers of Times Square New Year's Eve, said that the group of eminent journalists representing a broad spectrum of news organisations will be honoured as the special guests for the most-watched New Year Eve celebration at Times Square.

The moment – seen by billions around the world – officially begins the 60-second countdown to the New Year.

"We are honoured to have such a respected group of media entities and journalists join us to #CelebratePressFreedom as we ring in the New Year," President of the Times Square Alliance Tim Tompkins said.

"In one of the world's most famous public squares, it is fitting to celebrate free press and free speech as we reflect on where we've been during the past year and what it is we value most as a society," Tompkins said.

"As the Ball drops, the Special Guests will lead the 60-second countdown to 2019 joined by millions of revellers with a message of unity and harmony for the new year.

"We thank the news organisations and the journalists for helping us celebrate journalism and press freedom around the world," President of Countdown Entertainment Jeff Straus said.

Simon said the group of journalists represents all journalists in the United States, and around the world who work hard every day to keep their communities informed and hold the powerful to account.

"It's the freedom to do this critical work that we celebrate," he added.

Iran Accuses US Of Causing Insecurity In Gulf