Hafiz Saeed was arrested on July 17 in a terror-financing case and the anti-terrorism court (ATC) in Gujrat (some 200-km from Lahore) will take it up on September 2. He is kept at the Lahore's Kot Lakhpat jail in high security in Pakistan 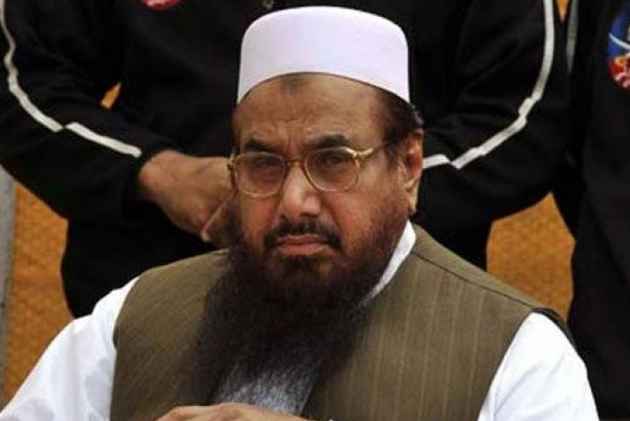 Mumbai terror attack mastermind Hafiz Saeed, a UN-designated Pakistani terrorist whom the US has placed a USD 10 million bounty on, challenged his arrest in the terror financing cases in the Lahore High Court here on Tuesday.

In a fresh petition, Saeed and 67 other leaders of the banned Jamaat-ud Dawa (JuD) and its charity wing Falah-i-Insaniat (FIF), challenged the FIRs of terror financing against them in the LHC through their counsels, Advocate A K Dogar, Ahmad Abudullah Dogar and Ghulam Yasin Bhatti.

The petitioners have made the interior ministry, the Punjab home department and the Counter-Terrorism Department of Punjab police respondents in the case. The court will fix hearing of this case later.

Saeed was arrested on July 17 in a terror-financing case and the anti-terrorism court (ATC) in Gujrat (some 200-km from Lahore) will take it up on September 2. He is kept at the Lahore's Kot Lakhpat jail in high security.

The petitioners said JuD chief Saeed and others (67) are not members of Lashkar-e-Taiba either they have any nexus with it. They also cited some previous courts observations in this regard.

Also Read: Analysis| Is Hafiz Saeed's Arrest By Pakistan Mere Cosmetic Move Or There Is More To It?

Saeed and others prayed to the LHC to declare the property detailed in this petition was "dedicated for the purpose of mosques and is being used as such therefore FIRs are without lawful authority and of no legal effect."

"It is prayed that this learned court is pleased to declare that none of the petitioners and pro-forma respondents are linked with LeT and therefore the FIRs are without lawful authority and of no legal effect (be quashed),” they prayed.

Saeed-led JuD is believed to be the front organisation for the LeT which is responsible for carrying out the 2008 Mumbai attacks that killed 166 people. He was listed under UN Security Council Resolution 1267 in December 2008.

The Counter Terrorism Department (CTD) of Punjab Police had registered 23 FIRs against the petitioners on the charges of "terror financing" in different cities of Punjab province.

The cases have been registered in Lahore, Gujranwala and Multan for collection of funds for terrorism financing through assets/properties made and held in the names of Trusts/Non Profit Organisations (NPO) including Al-Anfaal Trust, Dawatul Irshad Trust, Muaz Bin Jabal Trust, etc.

The CTD said investigation launched into financing matters of proscribed organisations -- JuD and LeT -- in connection with the implementation of UN Sanctions against these Designated Entities and Persons as directed by NSC (National Security Committee) in its Meeting of 1st January 2019 chaired by the Prime Minister Imran Khan for implementing the National Action Plan.