The verdict came even as the country faced a top European rights court's order to free Alexei Navalny. 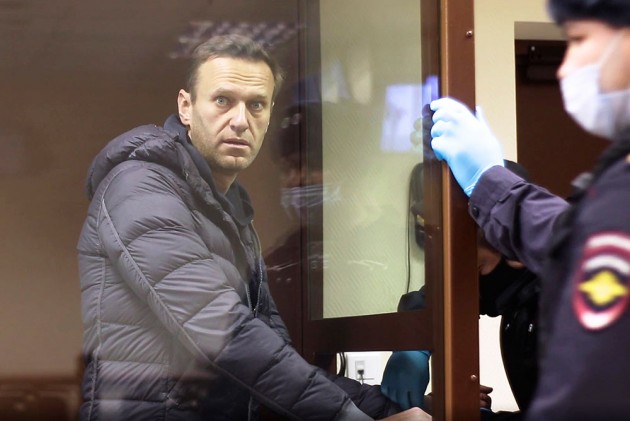 A Moscow court has ordered Russian opposition leader Alexei Navalny to pay a fine in a defamation case, a ruling that came hours after another judge rejected the top Kremlin critic's appeal of his prison sentence.

The court convicted Navalny on charges of slandering a World War II veteran and ordered him to pay a fine of 850,000 rubles (about USD 11,500).

Navalny, who called the 94-year-old veteran and other people featured in a pro-Kremlin video last year as “corrupt stooges,” “people without conscience” and “traitors,” has rejected the slander charges and described them as part of official efforts to disparage him.

Earlier Saturday, Navalny lost his appeal of the prison sentence for violating terms of his probation while recuperating in Germany from a nerve agent poisoning that he blames on the Kremlin.

A Moscow City Court judge only reduced the sentence from two years and eight months to just over 2 1/2 years.

The verdict came even as the country faced a top European rights court's order to free Navalny. (AP)