Mayor Francis Suarez said in a Friday statement that he was not feeling any symptoms and advised anyone who shook hands with him or was close to him since Monday to self-isolate for 14 days. 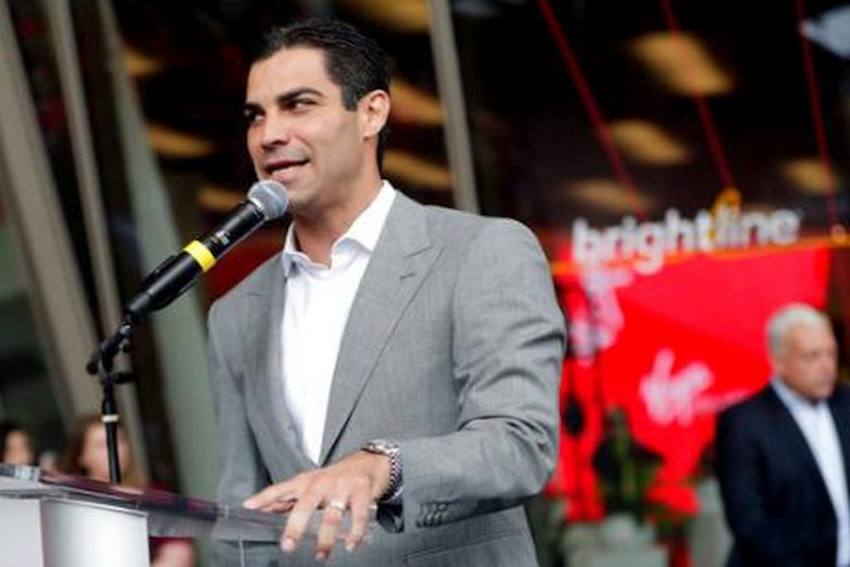 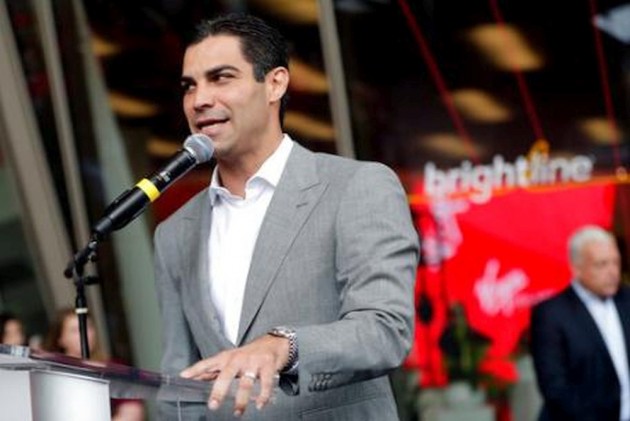 The mayor of the city of Miami has tested positive for the new coronavirus after meeting with a Brazilian senior official who was also in close proximity to President Donald Trump.

Mayor Francis Suarez said in a Friday statement that he was not feeling any symptoms and advised anyone who shook hands with him or was close to him since Monday to self-isolate for 14 days.

Florida politicians such as US Sen. Rick Scott had expressed concerns about coming into contact with the Brazilian president's press secretary Fábio Wajngarten, who tested positive after joining Bolsonaro in a visit to Trump's Mar-a-Lago estate last weekend.

As of Friday afternoon, Florida tallied 45 people in the state testing positive for COVID19, ranging in age from 25 to 83, the state health department announced. Two of them have died. Most appear to be travel-related but in more than a dozen cases, the route of infection was not immediately clear.

The new coronavirus causes only mild or moderate symptoms for most people, and the vast majority of people recover within weeks. But it can cause more severe illness including pneumonia in older adults and people with existing health problems.

Public events in Florida are mostly shutting down after Florida Gov. Ron DeSantis recommended the practice of social distancing and Miami-Dade Mayor Carlos Gimenez declared an emergency on Thursday. Most theaters took their cue from Broadway in New York City, which said it would “go dark.”

But producers of a traveling “Hamilton” show in South Florida told ticketholders that their show would go on. The Miami Herald reported that Miami-Dade's Arsht Center notified patrons via email on Thursday evening that no refunds would be issued for this weekend's performances.

“At this time, most performances are continuing as scheduled and refunds are not being offered,” Arsht Center president Johann Zietsman's email said. “We will continue to follow guidance from local government health officials, and will implement any new directives from those officials swiftly.”

Hamilton actor Jon Viktor Corpus, who plays John Laurens in the traveling show, called the approach “disgraceful” in a Twitter reply to a Miami Herald post about it Thursday night.

“I'm in the show. It's disgraceful,” Corpus tweeted. “The major concern is that the demographic of people most severely affected (by COVID-19) is the same demographic that comes to see our show.”

“We're not there yet,” said Michael Spring, a Miami-Dade official who oversees theaters and cultural programs. “But we might get there.” Suzette Espinosa Fuentes, vice president of communications at Arsht, told the Herald late Thursday the situation was “fluid” and that the center was reviewing its no-refund policy. "Our box office is fielding a lot of questions, so we are asking everyone to be patient with us,” she said.

As coronavirus scare grips the world with over 5,000 reported death cases globally, US President Donald Trump declared a national emergency on Friday unlocking up to USD 50 billion in federal funds to combat the fast-spreading pandemic.

"It could get worse. The next eight weeks are critical," Trump told a press conference at the Rose Garden in the White House.

"To unleash the full power of the federal government … today I'm officially declaring a national emergency," he announced and said that the action will open up access to up to USD 50 billion in the fight against coronavirus.

(With inputs from agency)