Home  »  Website  »  International  »  Are You Kidding Me? What An Honour This Is: Biden Tells NASA Scientist Swati Mohan 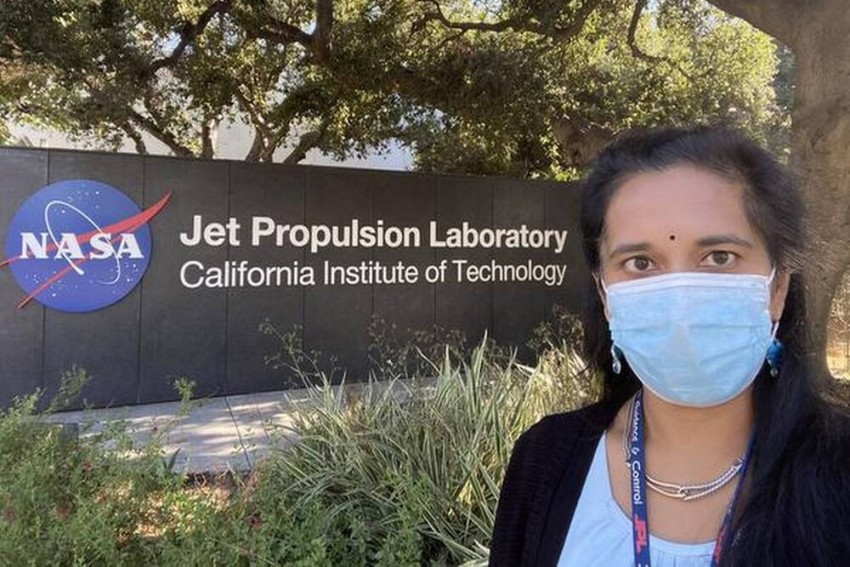 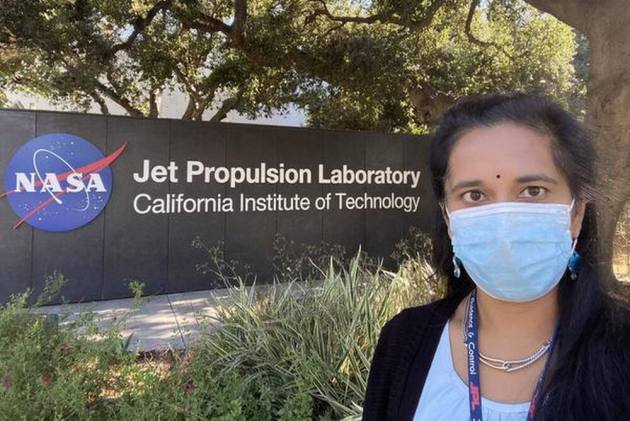 My path to the premier US space agency began when I watched the first episode of Star Trek as a child, shared Dr Swati Mohan, the Indian-American aerospace engineer with US President Joe Biden. Mohan played a pivotal role in the successful landing of NASA's Perseverance rover on Mars.

Acting as the  "eyes and ears" for NASA's most sophisticated spacecraft to date, Mohan is the guidance and controls operations lead for the Perseverance rover mission.

She played a key role in landing the US space agency's historic Perseverance rover on the Martian surface on February 18. Mohan was also the first to confirm that the rover had successfully touched down on the Martian surface after surviving a particularly tricky plunge through the atmosphere of the Red Planet.

Mohan, who emigrated from India to the US when she was only a year old, told Biden that her path actually started way back when she was a child, watching the first episode of Star Trek, the popular TV show.

"In addition to those fantastical scenes of space, what really captured my attention was this really close-knit team which was working together, manipulating this technological marvel with the sole purpose of exploring space and understanding new things and seeking a new life," Mohan told Biden during a virtual interaction on Thursday.

President Biden congratulated the NASA team responsible for the successful landing of the six-wheeled rover on Mars and for giving the country a "dose of confidence" at a moment when the nation's reputation as a scientific leader has been tattered by the coronavirus pandemic.

Biden, speaking during a video conference call with the leadership of NASA's Jet Propulsion Laboratory (JPL) team led by Dr Michael Watkins, expressed awe over the landing of the Perseverance.

Interacting with Biden, Mohan said, "You know, Perseverance is my first mission at JPL, where I've gotten to work from the very beginning of formulation, all the way through operations, and it made me feel like I was part of that crew.

"Being able to work with this incredibly diverse, talented team that has become like a family, spending years creating our own technological marvel has been a privilege," she said.

"Those last days and weeks leading up to landing day, it was pretty smooth, but we were all still really nervous and, frankly, terrified until we got through those final seven minutes.

Mohan helmed the mission's attitude control system, which helps make sure the spacecraft is heading in the direction it needs to be.

"To be able to call touchdown safely, to see those first images come back from Mars, to see the place where we have never been able to go to on Mars before and go there -- reach there for the express purpose of seeking out new life just made it feel like I was living in a dream," said the Indian-American engineer.

"Now that tremendous relief has passed for the team of being able to be there safely, all that's left is the excitement and the thrill of all the scientific discoveries that are yet to come and what Perseverance can actually find -- and hopefully find those signs of past life on Mars," Mohan said.

Mohan thanked President Biden for speaking to the NASA team.

"Thank you for taking the time to speak with us," she said.

Responding to her, Biden said: Are you kidding me? What an honour this is. This is an incredible honour. And it’s amazing. Indian — of descent — Americans are taking over the country: you (Mohan); my Vice President (Kamala Harris); my speechwriter, Vinay (Reddy). I tell you what. But thank you. You guys are incredible."

"I tell you what, you said you feel like you're 'living a dream' -- you've created a dream for millions and millions of young kids, young Americans. You talk about STEM. You -- it was -- look, the thing that I found so exhilarating about this: You all did this -- the whole team -- the team I can see now and the entire team at JPL -- what you did: You restored a dose of confidence in the American people," Biden said.

Mohan went on to study mechanical and aerospace engineering at Cornell University, followed by a masters degree and doctorate in aeronautics and astronautics at the Massachusetts Institute of Technology. Eventually, she landed at NASA.

One of the reasons why America is "such an incredible country is we're such a diverse country. We bring the best out of every single solitary culture in the world here in the United States of America, and we give people an opportunity to let their dreams run forward," Biden said.

"Everyone was so down the last years about: Is America still the -- fount of change? And are we still the country that has hopes and develops and pursues the most unlikely things to happen? And we are. And you all demonstrated it. I really mean this. It's so much bigger than landing Perseverance on Mars. It's about the American spirit, and you brought it back. You brought back in a moment we so desperately need it," he observed.

After President Biden spoke to her, Mohan tweeted, "I’m pretty sure I’m still in a dream. It’s amazing what we can do when we dare mighty things, together." She also tagged a video of her interaction with Biden.