The experts said knowing how COVID-19 emerged is critical for informing global strategies to mitigate the risk of future outbreaks. 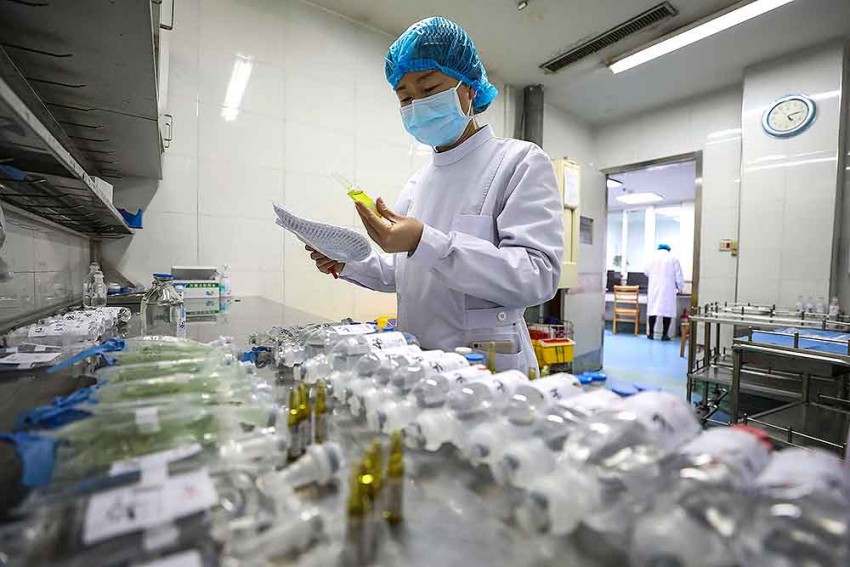 A group of leading scientists from UK and US, including Indian-origin immunology and infectious disease expert Ravindra Gupta from Cambridge University, on Friday called for more investigation to determine the origin of the COVID-19 pandemic, including the theory of an accidental release from a lab in the central Chinese city of Wuhan.

The experts from world-leading universities such as Harvard, Stanford and MIT in a letter published in the journal ‘Science’ said knowing how COVID-19 emerged is critical for informing global strategies to mitigate the risk of future outbreaks.

They caution that hypotheses about both natural and laboratory spillovers must be taken seriously until there is sufficient data.

“Theories of accidental release from a lab and zoonotic spillover both remain viable,” they write.

“As scientists with relevant expertise, we agree with the WHO director-general, the United States and 13 other countries, and the European Union that greater clarity about the origins of this pandemic is necessary and feasible to achieve. We must take hypotheses about both natural and laboratory spillovers seriously until we have sufficient data,” they note.

The zoonotic spillover refers to the virus jumping from bats to humans.

Giving a history of the pandemic, the scientists recall how on December 30, 2019, the Program for Monitoring Emerging Diseases notified the world about a pneumonia of unknown cause in Wuhan, China. This led to identifying the causative agent – severe acute respiratory syndrome coronavirus 2 (SARS-CoV-2).

In November 2020, the Terms of Reference for a China-WHO joint study were released. The information, data, and samples for the study's first phase were collected and summarised by the Chinese half of the team; the rest of the team built on this analysis.

“Although there were no findings in clear support of either a natural spillover or a lab accident, the team assessed a zoonotic spillover from an intermediate host as ‘likely to very likely’, and a laboratory incident as ‘extremely unlikely’,” they note.

“Furthermore, the two theories were not given balanced consideration,” they caution.

They point to WHO Director-General Tedros Ghebreyesus' comment that the report's consideration of evidence supporting a laboratory accident was insufficient and offered to provide additional resources to fully evaluate the possibility.

“A proper investigation should be transparent, objective, data-driven, inclusive of broad expertise, subject to independent oversight, and responsibly managed to minimise the impact of conflicts of interest. Public health agencies and research laboratories alike need to open their records to the public,” the scientists urge.

“Finally, in this time of unfortunate anti-Asian sentiment in some countries, we note that at the beginning of the pandemic, it was Chinese doctors, scientists, journalists, and citizens who shared with the world crucial information about the spread of the virus — often at great personal cost. We should show the same determination in promoting a dispassionate science-based discourse on this difficult but important issue,” they conclude.

The origins of the COVID-19 pandemic remain a widely debated topic, with some scientists and politicians maintaining that the possibility of a lab leak of the deadly virus exists. The Wuhan Institute of Virology (WIV) is near the outbreak's known epicentre of Huanan Seafood Market in Wuhan.

So far, the coronavirus has claimed 3,346,881 lives across the world, along with over 161 million cases, according to Johns Hopkins University.