Home  »  Website  »  International  »  Isolated By All Countries In FATF, Pakistan On Verge Of Being On 'Dark Grey' List

Officials attending the ongoing plenary of the Financial Action Task Force (FATF) said as per indications, Pakistan will be isolated by all members for not doing enough. 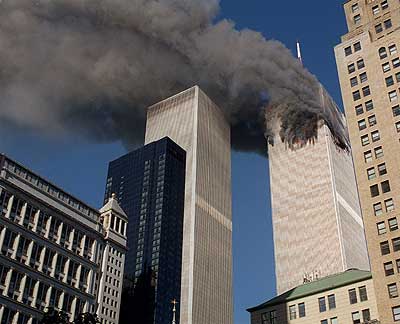 Terror Strikes
Smoke pours from one of the towers of the World Trade Center after terrorists crashed a plane into the building on Tuesday 12 September 2001.. Minutes later a second plane was crashed into the second tower.
Chao Soi Cheong/ AP 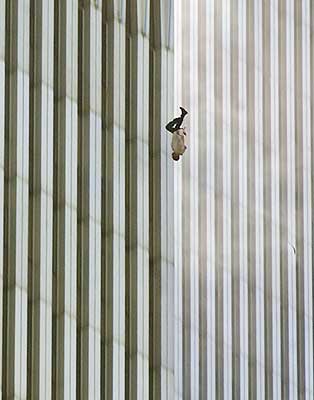 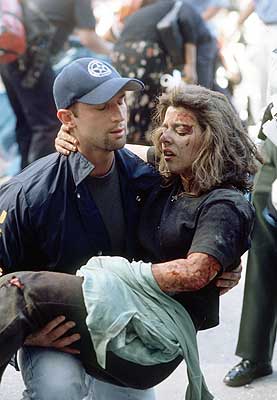 An emergency worker helps a woman after she was injured in the terrorist attack on the World Trade Center in New York.
Gulnara Samiolava/ AP 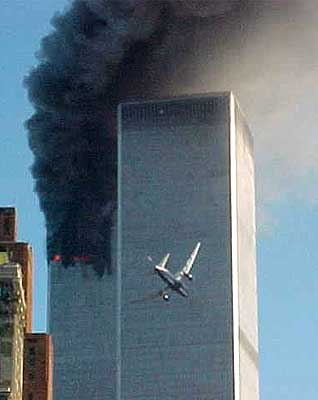 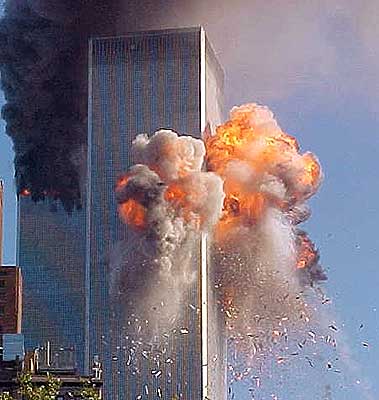 A fireball explodes from one of the World Trade Center towers after a jet airliner crashed into the building.
Carmen Taylor/ AP 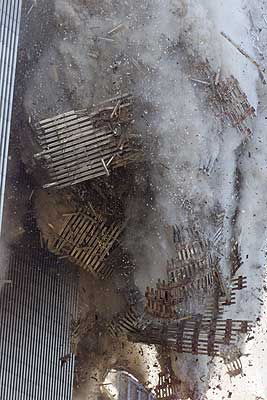 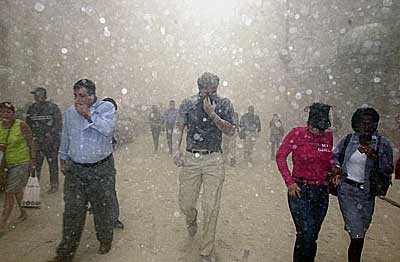 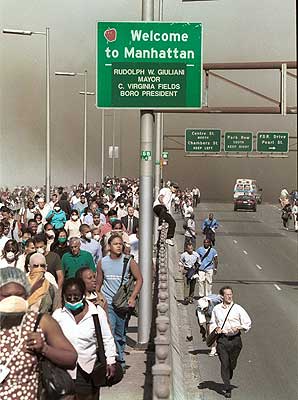 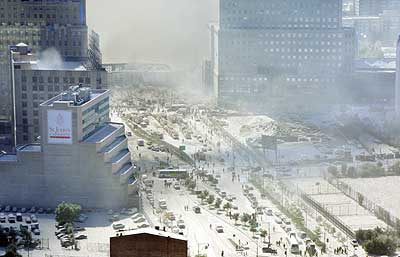 This is a view looking south on New York's West Street covered with debris and white dust in the aftermath of the terrorist attack on the World Trade Center.
David Karp/ AP 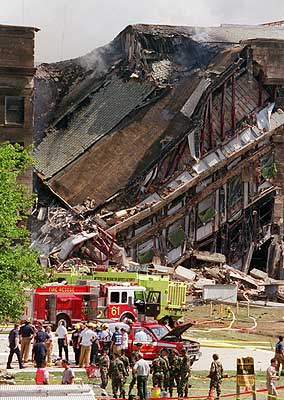 Rescue workers look over damage at the Pentagon . A portion of the five-sided structure of Pentagon collapsed after the building was hit by an hijacked aircraft.
Kamneko Pajic/ AP 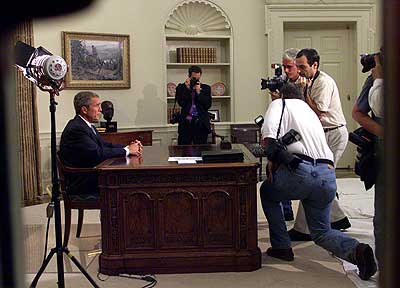 President Bush is seen through the windows of the Oval Office of the White House in Washington, as he addresses the nation about terrorist attacks at the World Trade Center and the Pentagon.
Doug Mills/ AP 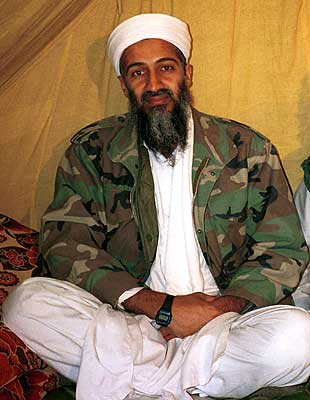 File photo of Saudi dissident Osama bin Laden, in Afghanistan, wanted by the United States government on account of the 1998 bombing of two U. S. embassies in Kenya and Tanzania. Bin Laden is hiding under the auspice of Afghanistan's hardline Taliban rulers. The Taliban rejected suggestions that Osama bin Laden could be behind the recent terrorist attacks in the US.
AP 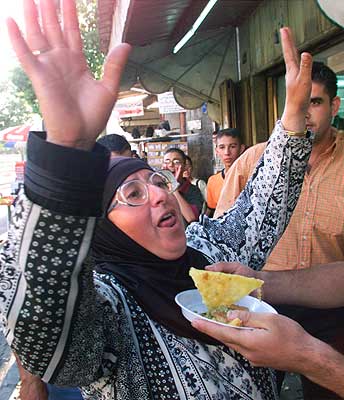 A Palestinian woman receives free sweets from a vendor as groups of locals in east Jerusalem's Old City celebrate terrorist attack on the World Trade Center in New York.
AP 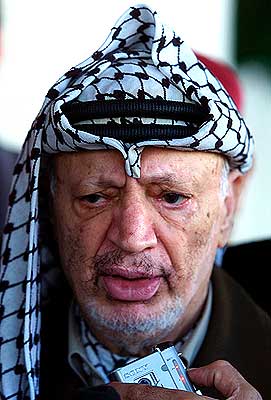 Palestinian leader Yasser Arafat speaks to the press in Gaza City after hearing the news of the terrorist attack on the World Trade Center in the United States. Arafat sent his condolences to U.S. President Bush and condemned the bombings as "unbelievable".
Adel Hana/ AP 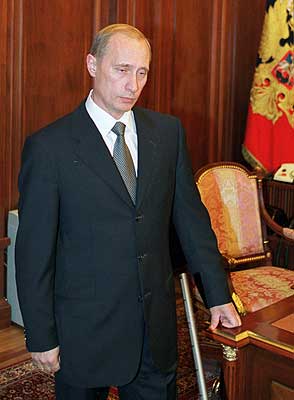 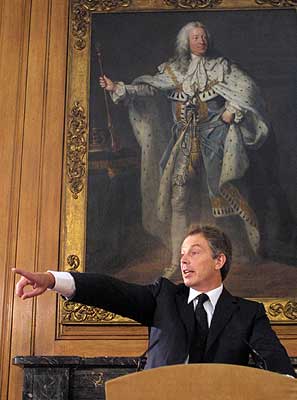 British Prime Minister Tony Blair answers questions in front of a painting of King George II (who reigned 1727 -1760), during a press conference at 10 Downing Street in London. Blair said Wednesday that Parliament will be recalled this Friday in the wake of the terrorist attacks in the US.
Peter J Jordan/ AP 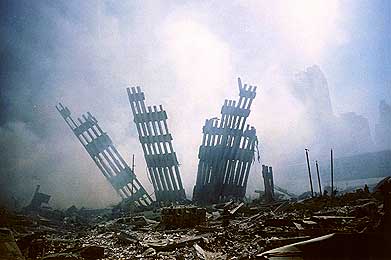 The remains of the World Trade Center stand amid the debris following the terrorist attack on the building in New York.
Alex Fuchs/ AP 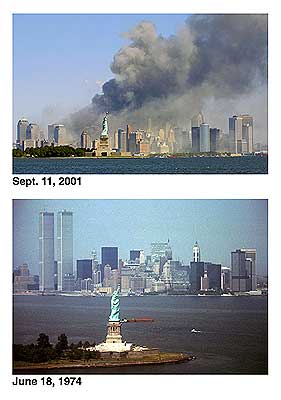 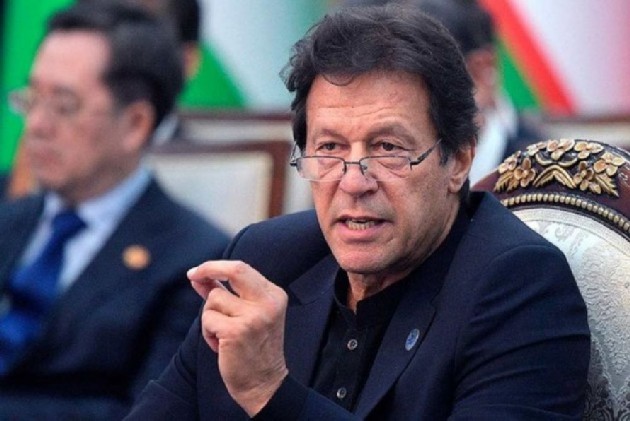 Pakistan is on the verge of strong action by the international terror financing watchdog FATF and the country may be put in the 'Dark Grey' list, the last warning to improve.

Officials attending the ongoing plenary of the Financial Action Task Force (FATF) here said as per indications, Pakistan will be isolated by all members for not doing enough.

Pakistan is on the verge of strong action by FATF, given its inadequate performance, whereby it managed to pass in only six of 27 items, an official privy to the development said.

The FATF will finalise its decision on Pakistan on October 18.

According to FATF rules there is one essential stage between 'Grey' and 'Black' lists, referred to as 'Dark Grey'.

'Dark Grey' means issuance of a strong warning, so that the country concerned gets one last chance to improve, another official said.

'Dark Grey' was the term used for warning upto 3rd Phase. Now it's just called warning -- that is the 4th phase.

Pakistan was placed on the Grey List by the Paris-based watchdog in June last year and was given a plan of action to complete it by October 2019, or face the risk of being placed on the black list with Iran and North Korea.

If Pakistan continues with the 'grey list' or put in 'Dark Grey' list, it would be very difficult for the country to get financial aid from the IMF, the World Bank and the European Union, making its financial condition more precarious.