Home  »  Website  »  International  »  Indo-US Defence Meet: US Likely To Go Hard On China But India Will Be Cautious

Indo-US Defence Meet: US Likely To Go Hard On China But India Will Be Cautious

India, US Set To Firm Up Defence Cooperation Agreement, S Jaishankar and Rajnath Singh will also interact with US secretary of state Mike Pompeo. 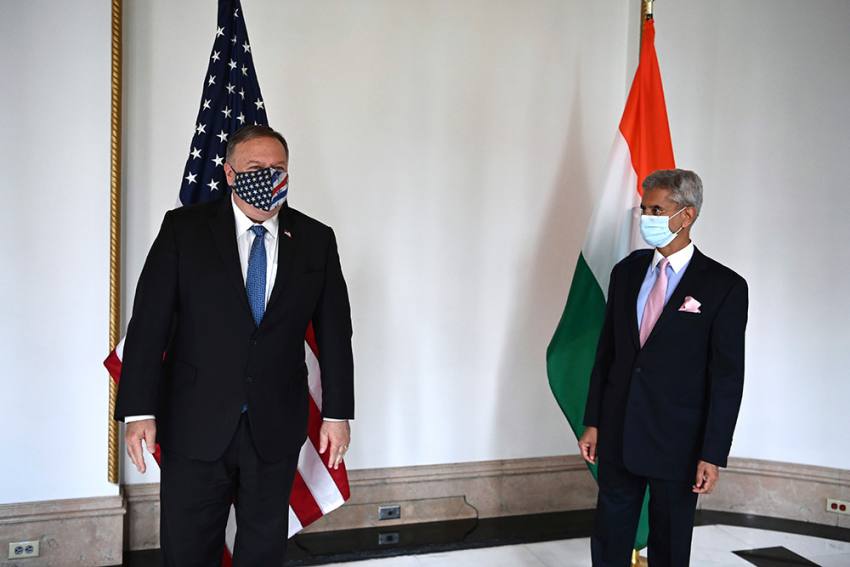 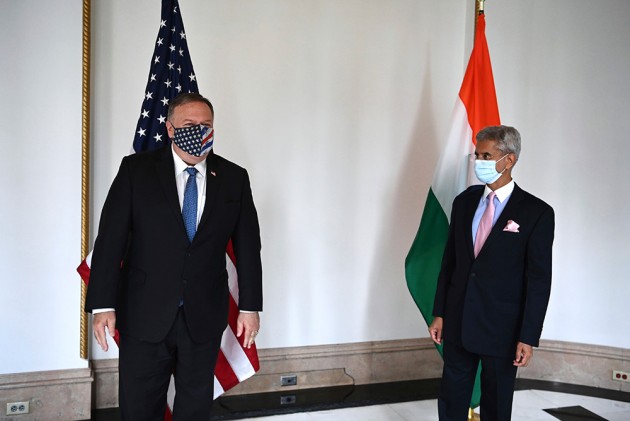 US deputy secretary of state Stephen Biegun is on a three-day visit to India starting Monday. His main meeting in Delhi will be with foreign secretary Harsh Shringla though a call on foreign minister S. Jaishankar is also expected.

Shringla and Biegun will focus on the deliverables for the more important 2+2 meetings scheduled on October 26 and 27 in Delhi. Foreign minister Jaishankar and defence minister Rajnath Singh will interact with US secretary of state Mike Pompeo and defence secretary Mark Esper later this month. The 2+2 dialogue helps to coordinate diplomatic and military aspects of the relations, essential for getting a better perspective on international issues.

There is speculation that the fourth and last of the foundational pacts, which are part of the India-US defence cooperation deal is likely to be signed. The Basic Exchange and Cooperation Agreement (BECA) will enable India to avail US expertise on geospatial intelligence. This will help the Indian military to get better accuracy of its weapon systems. India has already signed the General Security of Military Information Agreement (GSOMIA), Logistics Exchange Memorandum Agreement (LEMOA) and the Communications and Information Security Agreement (CISMOA).

The draft agreement on BECA is on the table, but it is not confirmed whether it will finally be sealed during the 2+2 talks later this month. When the BECA agreement is signed, the India-US defence cooperation will finally be off the ground. India will still not formally be a US allay but close to one.

In the backdrop of the Chinese action in Ladakh, the 2+2 dialogue this month will gain added relevance. China will certainly be the elephant in the room. During the quad meeting on October 9, China was not mentioned either by host Japan, Australia, or India. However, US secretary of state Mike Pompeo, in his opening remarks in Tokyo did not hesitate to point a finger at China and was scathing in his attack.

More China-bashing can be expected at the 2+2 meet, though it is unlikely that Delhi will follow the US lead. India is in no mood to have a war of words with China at a time when talks on de-escalation are on. In today's talks between the Indian and Chinese military, a Chinese diplomat was also present. In the last round, while India had an MEA official taking part in the discussions, China did not send its foreign ministry official. But now for the first time, diplomats from both countries attended the military commander's talks. No word is yet out on the outcome, but as of now, expectations remain low on the Indian side. Wisely, India is in no mood to bait China and spoil the discussions.

The US, which is wooing India to check-mate China in the Indo-Pacific has no such qualms. with US Presidential elections slated for November 3, and Donald Trump’s lagging behind in several opinion polls for his handling of the pandemic, China has become the number one target for the White House. In the 2016 presidential polls which swept Trump to power, China-bashing—its unfair trade practises, taking away American jobs, etc– resonated among Trump supporters. So, Pompeo is expected to take on China during the 2+2 dialogue.