The Malaysian prime minister in his address to the UN General Assembly on Friday said that there may be reasons for India's action in Jammu and Kashmir 'but it is still wrong'. 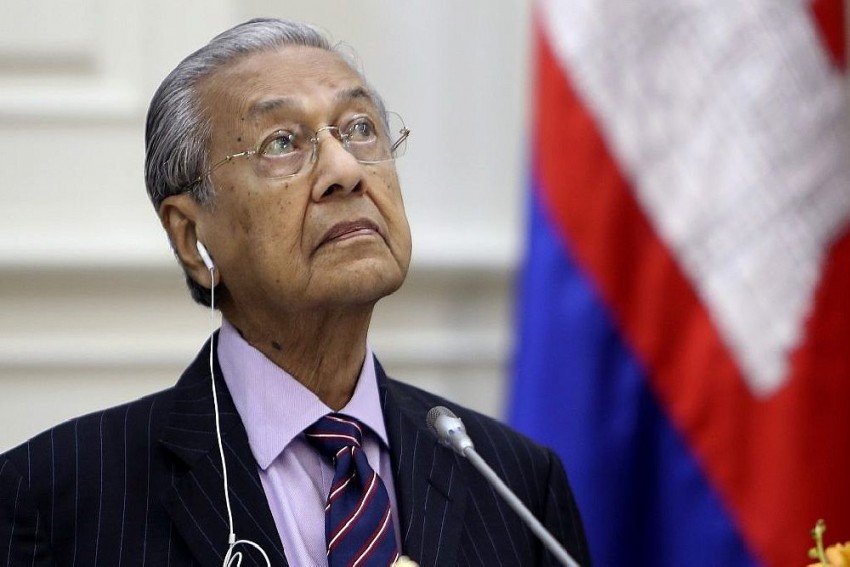 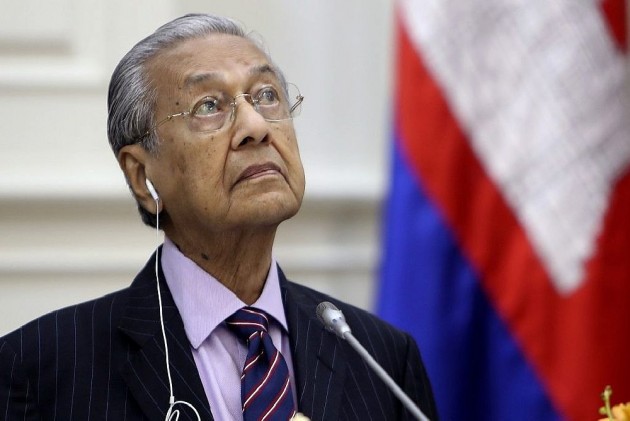 Raising the Kashmir issue at the UN, Malaysian Prime Minister Mahathir Mohamad has alleged that India has "invaded and occupied" Jammu and Kashmir and asked New Delhi to work with Pakistan to resolve the issue.

The Malaysian prime minister in his address to the UN General Assembly on Friday said that there may be reasons for India's action in Jammu and Kashmir "but it is still wrong."

He said despite UN resolutions, Jammu Kashmir has been "invaded and occupied."

He said, "ignoring the UN would lead to other forms of disregard for the United Nations and the rule of law."

"India should work with Pakistan to resolve this problem," he said.

Later, addressing a press conference in the UN Headquarters, Mahathir said he had suggested to his Indian counterpart Narendra Modi to resolve issues over Kashmir through "negotiations" rather than by "invasion" when Modi told him why his government revoked Jammu and Kashmir's special status during their meeting in Russia.

India has categorically told the international community that the scrapping of Article 370 was an internal matter.

India has rejected any scope for third party mediation between India and Pakistan on Kashmir, saying the two countries can discuss and resolve all issues bilaterally.

Mahathir had met Modi in Russia during an economic forum in the Russian city of Vladivostok earlier this month.

The Malaysian leader was asked by a reporter on Friday if he has tried to talk to India and Pakistan to calm down and restrain themselves.

Mahathir said he had “a long session” with Prime Minister Modi in Vladivostok during which Modi explained why he took action to revoke Article 370 in Kashmir.

“He (Modi) also agreed with me that even India has solved problems through negotiations, with Bangladesh and others,” the Malaysian prime minister said.

Mahathir said he “suggested to him that since India has experience with negotiating to reduce conflict or to eliminate conflicts why not use negotiations to do so rather than to invade Kashmir.”

Mahathir said to this, Modi “didn’t commit to anything but I did tell him that it is up to him whether he would resort to negotiations to settle the problem of terrorism in the area.”

India has taken with Malaysia the issue of extradition of radical preacher Zakir Naik.

On September 17, the Malaysian prime minister said that Modi did not request the extradition of Naik, but India rebutted, saying the issue did come up when the two leaders met in Russia.

Naik, a 53-year-old televangelist, left India in 2016 and subsequently moved to Malaysia, where he was granted permanent residency by the government of former Prime Minister Najib Razak.

Naik is wanted by Indian authorities since 2016 for alleged money laundering and inciting extremism through hate speeches.