United States and NATO allies are struggling to help Afghans who worked for their forces and now fear reprisals from the Taliban to even reach and enter the Kabul airport. 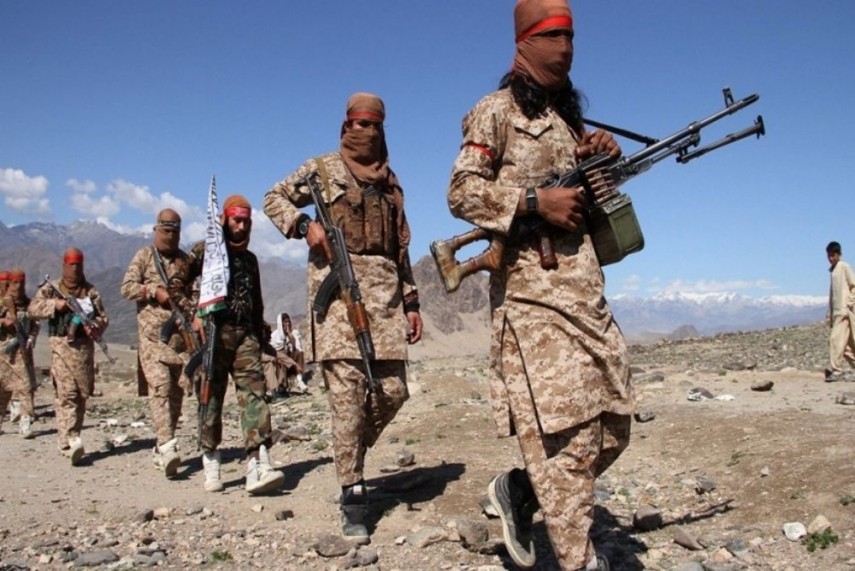 The European Union's top officials warned the Taliban on Saturday that the current conversations being held to secure the exit of as many Afghan evacuees as possible do not mean the bloc is prepared to recognise the new regime.

European Commission President Ursula von der Leyen acknowledged the necessity of continuing to engage with the Taliban during her visit, along with EU Council President Charles Michel, to a reception center for evacuees established by Spain near Madrid.

“We do have operational contacts with the Taliban in this moment of crisis because we need to discuss in these difficult times how we can facilitate it for people in Kabul to come to the airport,” the EU leader said.

She also said the continuance of European humanitarian aid to Afghanistan will hinge on the Taliban respecting human rights, especially for women and girls.

“We hear the Taliban statement that stresses that women will have their right place in society and have the right to study and work, within the framework of Islam, whatever that means. But we also hear more and more reports of people being hunted down for their past work or opinions, and we hear of women being turned away when they show up at their usual workplace,” she said.

“The 1 billion euros set aside by the European Union for the next seven years for development aid is tied to strict conditions: respect for human rights, good treatment of minorities, and respect for the rights of women and girls.”

The EU's top officials toured the facility at the Torrejón military airbase along with Spanish Prime Minister Pedro Sánchez, who said it can hold 800 people.

Two planes sent by Spain to Kabul have already arrived at the air base. One brought back five Spaniards and 48 Afghans who had worked for Spain and their families. A second arrived late Friday with 110 more Afghans. A third flight with another 110 passengers has left Kabul for Dubai, which Spain is using as a stop-off point before the evacuees are flown to Madrid.

The air base is also receiving flights from the European Union with other Afghan evacuees. All are expected to spend up to three days there before moving to welcome centers elsewhere in Spain or going to other European countries.

Sánchez said the response from other EU members has been positive and that some Afghan evacuees have already left for other EU countries.

But the United States and NATO allies are struggling to help Afghans who worked for their forces and now fear reprisals from the Taliban to even reach and enter the Kabul airport. Von der Leyen said EU staff is talking with American and NATO officials on the problem but also working “on the ground” in Kabul.

Von der Leyen, however, also urged international community to help those Afghans who will remain. She said the collapse of the NATO-backed democracy and the return of the Taliban to power has provoked the displacement of almost 3.7 million people. Many European nations also fear another wave of migration similar to the one in 2015 provoked by Syrian's civil war.

“We must help ensure that displaced Afghans can return to their homes or at least have a prospect, whether they are currently in Afghanistan or in neighboring countries,” she said.

Von der Leyen said the Afghan migration issue must be a central concern of next week's G-7 meeting to help create “legal and safe routes globally, organized by us, the international community, for those who need protection.”

“This resettlement of vulnerable people is of utmost importance,” she said. “It is our moral duty.”