The exoplanet known as Kepler-1658 b is a massive hot Jupiter that whips around its star every 3.85 days, said researchers from the University of Hawaii in the US. 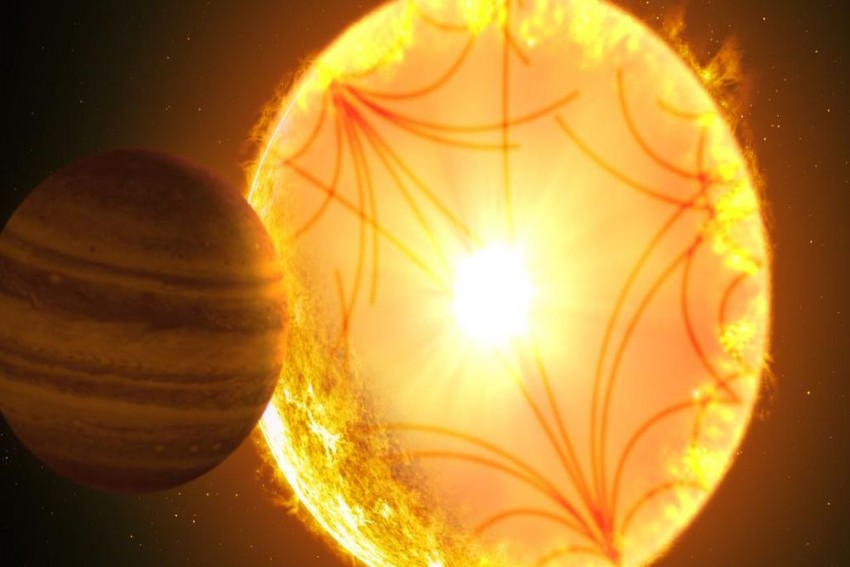 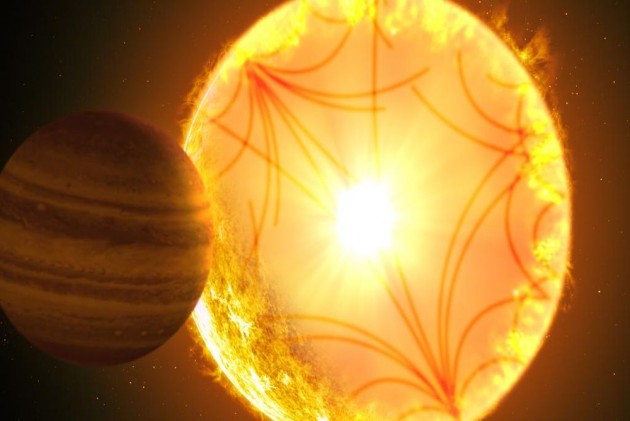 Ten years after it was launched, the first exoplanet candidate spotted by NASA's Kepler space telescope has finally been confirmed as a real world, scientists say.

The exoplanet known as Kepler-1658 b is a massive hot Jupiter that whips around its star every 3.85 days, said researchers from the University of Hawaii in the US.

From the surface, the star would appear 60 times larger in diameter than the Sun as seen from Earth, they said.

Despite being the 1st candidate planet discovered by the @NASAKepler telescope, Kepler-1658b had a rocky road to confirmation. 10 years later, scientists have now confirmed that it is, in fact, a planet. It whips around its star every 3.85 days. Info: https://t.co/f2mpuMLWZo pic.twitter.com/xRwC2q0vwc

Kepler has discovered thousands of exoplanets since its launch in 2009, using the transit method -- small dips in a star's brightness as planets cross in front of the star.

Because other phenomena can mimic transits, Kepler data reveal planet candidates, but further analysis is required to confirm them as genuine planets, according to the study published in the Astronomical Journal.

Despite being the very first planet candidate discovered by Kepler in 2011, Kepler-1658 b had a rocky road to confirmation.

The initial estimate of the size of the planet's host star was incorrect, so the sizes of both the star and Kepler-1658 b were vastly underestimated, researchers said.

It was later set aside as a false positive when the numbers did not quite make sense for the effects seen on its star for a body of that size, they said.

"Our new analysis, which uses stellar sound waves observed in the Kepler data to characterise the host star, demonstrated that the star is in fact three times larger than previously thought," said University of Hawaii graduate student Ashley Chontos.

"This in turn means that the planet is three times larger, revealing that Kepler-1658 b is actually a hot Jupiter-like planet," Chontos said in a statement.

With this refined analysis, everything pointed to the object truly being a planet, but confirmation from new observations was still needed.

Kepler-1658 is 50 per cent more massive and three times larger than the Sun, the researchers said.

The newly confirmed planet orbits at a distance of only twice the star's diameter, making it one of the closest -- in planets around a more evolved star -- one that resembles a future version of our Sun.

Standing on the planet, the star would appear 60 times larger in diameter than the Sun as seen from Earth, the researchers said.

Planets orbiting evolved stars similar to Kepler-1658 are rare, and the reason for this absence is poorly understood, they said.

The extreme nature of the Kepler-1658 system allows astronomers to place new constraints on the complex physical interactions that can cause planets to spiral into their host stars.

The insights gained from Kepler-1658b suggest that this process happens slower than previously thought, and therefore may not be the primary reason for the lack of planets around more evolved stars.