Home  »  Website  »  International  »  Explainer: Why Ballot-Counting In Nevada Drags On

Explainer: Why Ballot-Counting In Nevada Drags On

'We told everyone early on that results would take at least ten days', says Secretary of State spokeswoman 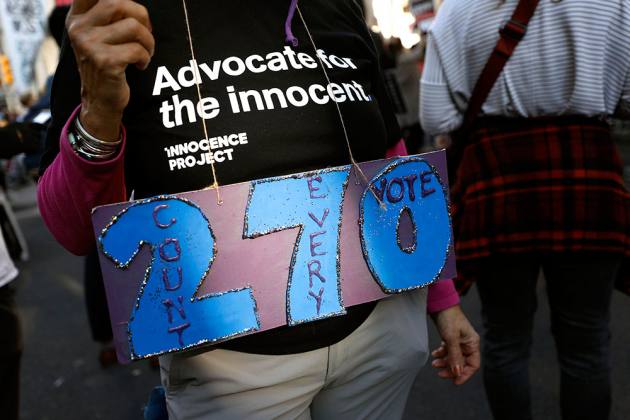 The pace of vote-counting in Nevada is being criticised for taking too long and it's even become fodder for online jokes. But government officials say they are emphasising accuracy over speed in a year when processing an unprecedented flood of mail-in ballots under extended deadlines is taking more time.

"We told everyone early on that results would take at least ten days," Secretary of State spokeswoman Jennifer A Russell said in an email.

The Legislature passed a bill in August to send all active voters mail-in ballots in hopes of curbing, or at least not fuelling, the spread of the coronavirus. Those postmarked by Election Day can be counted if they arrive at election offices within seven days, which is Tuesday. And they continue to come in, though the number arriving each day is expected to dwindle.

“It's been a different year for us," said Deanna Spikula, registrar of voters in Washoe County, the state's second-largest county that includes Reno. “The volume is definitely something that we've never seen before in the state as far as receiving and processing mail-in ballots.”

The Associated Press has not declared a winner in the state. More than 1.2 million ballots had been counted by Friday afternoon, with Joe Biden holding a 20,137-vote lead over President Donald Trump — an edge of about 1.6 points. About 87% of the estimated vote has been tallied, but tens of thousands of votes remain uncounted statewide.

The vast majority of those untallied ballots are in Clark County, which includes Las Vegas and its populous surrounding suburbs. Clark County Registrar Joe Gloria said on Friday that outstanding votes fell into several categories, each requiring multi-step verification to ensure the integrity of the election.

Michelle Johnson, a professional singer and longtime Las Vegas resident, said she was disappointed with the state's slow-going tally of votes.

“This is Nevada. You'd think in this state we'd be good at math and good at counting numbers,” Johnson said. “I thought we would be more on the cutting edge because of all the other technology that goes on in our city."

As of Thursday, an additional 44,000 ballots required ID verification, and 2,100 others had signature-match problems. The registrar's office reaches out to voters in both groups to verify their eligibility to vote, which again takes time.

Gloria said he expected the majority of the remaining ballots to be counted by Sunday. The Legislature gave election officials until November 12 to finish counting votes, and Gloria said staff intended to work until then to resolve ballot issues.

In Washoe County, the registrar's office said it had no backlog or other problems with vote-counting. Along with counting mail ballots as they arrive, the county has about 5,100 provisional and same-day registration ballots that need to be counted. About 1,800 others have signature issues, which the agency is attempting to resolve with the voters.

"As much as everybody wants an answer right now, we won't have that until every ballot is counted,” she added.