Experts weigh in on what the missiles tests show about the ambitions of the North's isolated ruler, Kim Jong Un, and whether this signals a new threat. 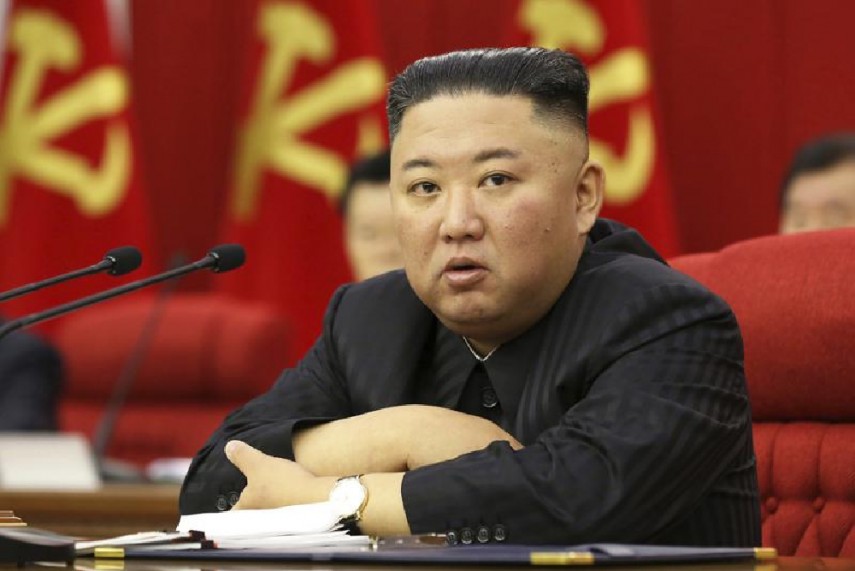 North Korea says it successfully tested what it described as new long-range cruise missiles over the weekend, renewing concerns that its nuclear-armed leadership its building its capacity to deliver strikes against US allies in South Korea and Japan.

Experts weigh in on what the missiles tests show about the ambitions of the North's isolated ruler, Kim Jong Un, and whether this signals a new threat.

Experts say the missiles launched over the weekend resemble in appearance US Tomahawk cruise missiles, and are likely designed to overwhelm the missile defences of North Korea's neighbours.

The North said the missiles it described as “new type long-range cruise missiles” were a “strategic weapon of great significance” that met leader Kim Jong Un's call to strengthen the country's military might - implying that they were being developed with an intent to carry nuclear weapons.

Pyongyang's official Korean Central News Agency said Monday that the missiles travelled for 126 minutes along “oval and pattern-8 flight orbits” above land and water, demonstrating an ability to hit targets 1,500 km (932 miles) away.

While North Korea had tested anti-ship cruise missiles before, the missiles from its latest tests are likely built with different designs and engines that provide improved range and manoeuvrability, experts say.

While data from the tests are so far limited, it's clear the new missiles represent “another significant milestone for North Korea's nuclear programme,” said Melissa Hanham, an affiliate at Stanford University's Centre for International Security and Cooperation.

North Korea's rulers are likely moving toward putting their cruise missiles on submarines and other naval vessels, Hanham added, as they try producing new delivery mechanisms for nuclear weapons.

“Cruise missiles are almost like little airplanes - they can be very accurate,” Hanham said. “They can turn corners. They can go into valleys where radars would not see them easily. It would be a much more difficult problem for South Korea and Japan to monitor.”

Seoul, Washington and Tokyo said they were examining the North's latest tests but didn't immediately release specific assessments from their militaries.

Kim has unilaterally halted North Korean testing of nuclear bombs and long-range ballistic missiles designed to target the American homeland since 2018 when he initiated diplomacy with former President Donald Trump while attempting to leverage his arsenal for sanctions relief.

However, the North continues to pursue a policy threatening regional confrontation.

While Kim has maintained the suspension on nuclear and long-range tests after his talks with Trump collapsed in 2019, the North has since tested a growing arsenal of short-range solid-fuel weapons fired from land-based launchers.

Experts say those weapons threaten South Korea and Japan because they can be launched quickly from vehicles and travel at flattened trajectories that make them harder for defense systems to detect and intercept.

The weapons were slow, even from the standard of cruise missiles, travelling at roughly 200 metres (218 yards) per second. It's also unclear whether North Korea has precise computerised data of South Korea's geographical features or an ability to communicate that information to its missiles, so that they could navigate the terrain and find their targets.

Accuracy issues will matter less if the North acquires the ability to arm the missiles with miniaturised nuclear warheads, Lee added.

“South Korea probably has the tightest air defense network in the world, but it will still be difficult to respond if North Korea fires its artillery, low-flying short-range missiles, submarine-launched missiles and cruise missiles in large numbers all at once,” Lee said.

The North's latest tests came before Biden's special representative for North Korea, Sung Kim, was to meet his South Korean and Japanese counterparts in Tokyo this week to discuss the stalled nuclear diplomacy with North Korea.

In recent political speeches, Kim has vowed to bolster his nuclear deterrent while his government rejected the Biden administration's overture for talks, urging Washington to abandon its “hostile” policies first.

Kim, however, may be looking to angle his way back to the negotiating table, as he faces perhaps his toughest test in his almost decade-long rule, with North Korea maintaining an indefinite border lockdown amid the coronavirus pandemic and no prospect in sight for the ending of international sanctions.

While the cruise missiles were clearly a statement of defiance toward Washington, the tests possibly indicated that the North is struggling with more provocative weapons systems - such as submarine-launched ballistic missiles, said Du Hyeogn Cha, an analyst at Seoul's Asan Institute for Policy Studies.

He questioned whether the cruise missiles would meaningfully increase North Korea's striking capacity against its neighbours unless the North demonstrates an ability to fire them from underwater.

“If North Korea had that ability, it surely would have displayed it by now,” Cha said.

“It's possible that the North might have hit a wall technologically and is squeezing out what it can,” he added.