The list is to be updated every 14 days, with new countries being added or dropped off depending on whether they are keeping the pandemic under control. 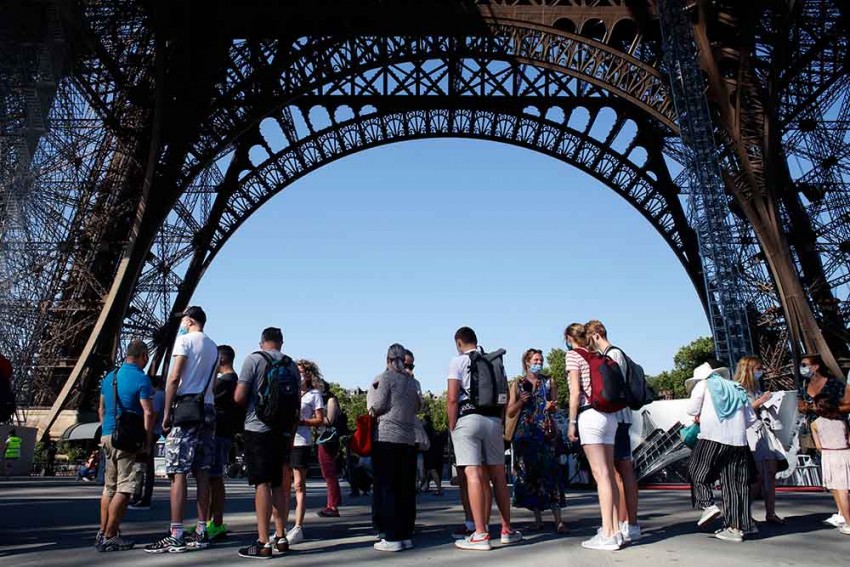 People queue up prior to visit the Eiffel Tower, in Paris. The Eiffel Tower reopens after the coronavirus pandemic led to the iconic Paris landmark's longest closure since World War II.
AP Photo
PTI 2020-07-01T08:22:58+05:30 EU Reopens Borders To 14 Nations But Not To US Tourists Amid Covid-19 Spread 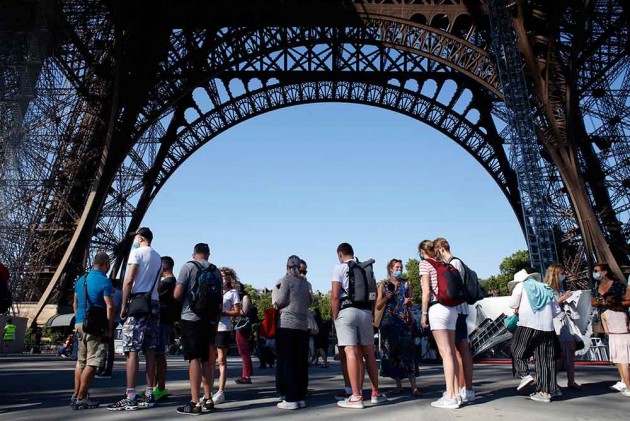 The European Union will reopen its borders to travelers from 14 countries, and possibly China soon, the bloc announced Tuesday, but most Americans have been refused entry for at least another two weeks due to soaring coronavirus infections in the US.

As Europe's economies reel from the impact of the coronavirus, southern EU countries like Greece, Italy and Spain are desperate to entice back sun-loving visitors and breathe life into their damaged tourism industries.

American tourists make up a big slice of the EU market and the summer holiday season is a key time.

The EU said China is “subject to confirmation of reciprocity,” meaning Beijing should lift all restrictions on European citizens entering China before European countries will allow Chinese citizens back in. Millions of travelers who come from Russia, Brazil and India will miss out.

The 31 European countries have agreed to begin lifting restrictions from Wednesday.

The list is to be updated every 14 days, with new countries being added or dropped off depending on whether they are keeping the pandemic under control. Non-EU citizens who are already living in Europe are not included in the ban, nor are British citizens.

“We are entering a new phase with a targeted opening of our external borders as of tomorrow,” European Council President Charles Michel, who chairs summits of EU national leaders, tweeted. “We have to remain vigilant and keep our most vulnerable safe.”

American tourists made 27 million trips to Europe in 2016 while around 10 million Europeans head across the Atlantic each year.

Still, many people both inside and outside of Europe remain wary about traveling in the coronavirus era, given the unpredictability of the pandemic and the possibility of second waves of infection that could affect flights and hotel bookings.

Tens of thousands of travelers had a frantic, chaotic scramble in March to get home as the pandemic swept the world and borders slammed shut.

The number of confirmed coronavirus cases in the United States has surged over the past week, and President Donald Trump also suspended the entry of all people from Europe's ID check-free travel zone in a decree in March, making it extremely difficult for the EU to include the U.S. on their safe travel list for now.

In contrast, aside from a recent outbreak tied to a slaughterhouse in western Germany, the spread of the virus has generally stabilized across much of continental Europe.

To qualify for the “safe” list, EU headquarters said that countries should have a comparable per capita number of COVID-19 cases to those in the 31 European countries over the last 14 days and have a stable or decreasing trend in the number of infections.

The Europeans are also taking into account those countries' standards on virus testing, surveillance, contact tracing and treatment and the general reliability of their virus data.

For tourist sites and stores in Paris that are already feeling the pinch of losing clients from around the world, the decision not to readmit most American travelers is another blow.

In the heart of Paris, on the two small islands in the Seine River that are home to Notre Dame Cathedral and a wealth of tempting boutiques, businesses were already mourning the loss of American visitors during the coronavirus lockdown, and now the summer season that usually attracts teeming crowds is proving eerily quiet since France reopened.

“Americans were 50% of my clientele,” said Paola Pellizzari, who owns a mask and jewelry shop on the Saint-Louis island and heads its business association. “We can't substitute that clientele with another.”

“When I returned after lockdown, five businesses had closed,” Pellizzari said.

“As days go by, and I listen to the business owners, it gets worse.” American travelers spent $67 billion in the European Union in 2019, according to US government figures. That was up 46% from 2014.

The continued absence of Americans also hurts the Louvre as the world's most-visited museum plans its reopening on July 6.

Americans used to be the largest single group of foreign visitors to the home of the “Mona Lisa.”

Sharmaigne Shives, an American who lives in Paris, is yearning for the day when her countrymen and women can return to the clothing shop where she works on Saint-Louis island and drive away her blues at having so few summer visitors.

“I hope that they can get it together and bring down their numbers as much as they can,” she said of the United States.

“Paris isn't Paris when there aren't people who really appreciate it and marvel at everything,” Shives added. “I miss that. Seriously, I feel the emotion welling up. It's so sad here.”

A trade group for the biggest US carriers including the three that fly to Europe — United Airlines, Delta Air Lines and American Airlines — said it was “obviously disappointed” by the EU decision.