Frustrated Haitians have attacked supply trucks from aid agencies as food and water dwindled after the Caribbean quake. More than 2,000 died and 12,000 were injured in the natural disaster. 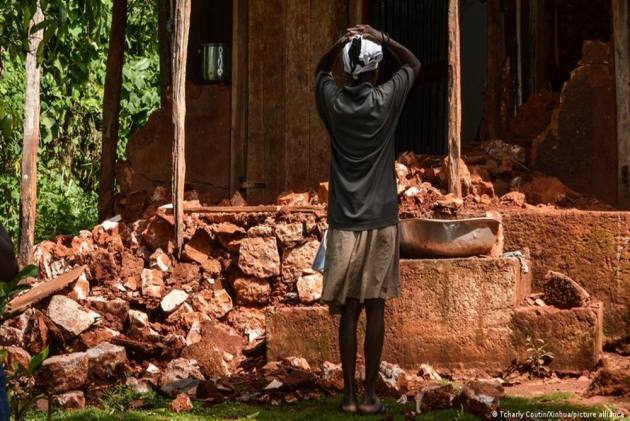 The UN said it was "concerned about the deteriorating security situation" after residents attacked aid trucks and compounds out of sheer desperation.

Why are people so desperate?

7.0 Magnitude Earthquake Hits Off The Coast Of Haiti

Explained: Why Haiti Is Prone To Devastating Earthquakes

Aid has been slow to arrive after a 7.2 magnitude earthquake hit the southwest of Haiti on August 14.

Rescue attempts were complicated by a tropical storm on Monday that drenched survivors, with more rain expected soon.

Residents of Les Cayes and the nearby countryside have grown increasingly restless as food and water started to run out.

Aid agencies have seen relief supplies and emergency crews stalled by gang wars on the route between Haitian capital Port-au-Prince and Les Cayes.

On Friday, people looted trucks from the US nonprofit Food for The Poor, as aid was still not reaching some of the worst-hit quake victims in the region.

Search and rescue teams from home and abroad are still uncovering bodies from more than 130,000 collapsed or damaged homes.

What are the authorities doing?

UNICEF, the UN's children's charity, said 9.7 tons of medical, water and hygiene supplies had arrived in Haiti on Friday, with 30 tons due to arrive in the next few days.

But Pierre Honnorat, head of the UN World Food Program in Haiti said: "We are concerned about the deteriorating security situation that may disrupt our assistance to vulnerable Haitians."

On Friday, Haiti's Prime Minister Ariel Henry asked international aid providers to work with the civil protection agency "which will specify the needs of each town, each village and each remote area."

Henry said earlier this week he was keen to avoid "mismanagement and coordination of aid" by empowering the civil protection agency "to lead a coordinated response."

The US has sent a navy ship to the area along with a USAID search and rescue team.