Sitting behind his tiny desk, Trump continued to allege election fraud and even lashed out at a reporter. 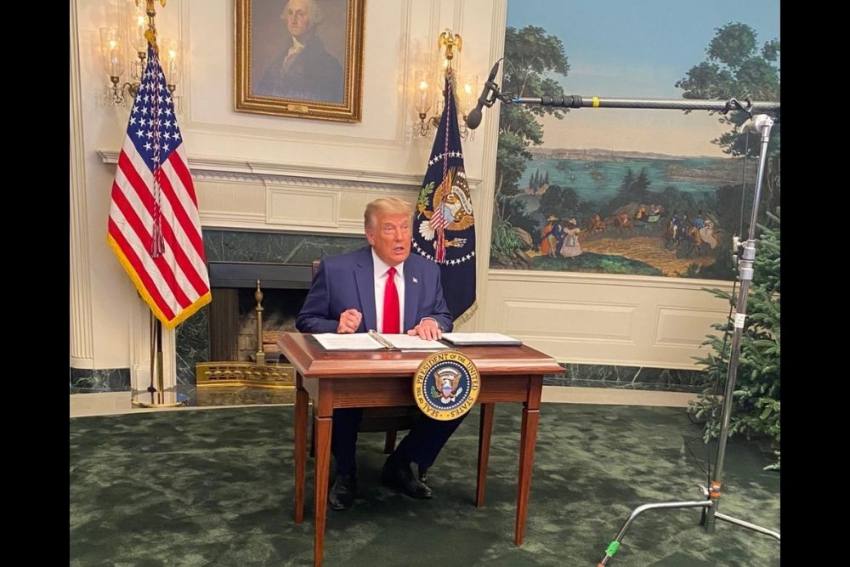 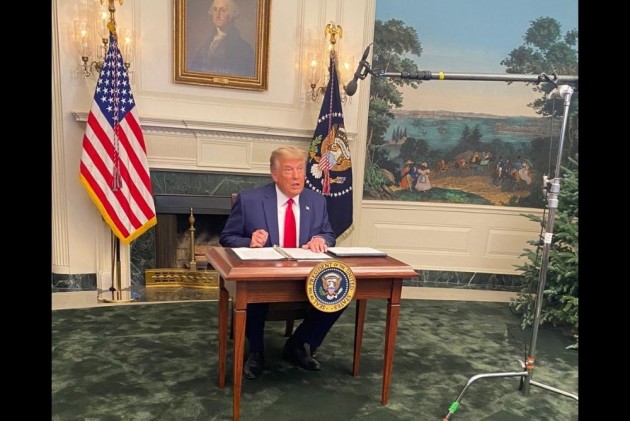 Donald Trump’s presidency is coming to an end but he continues to keep his Twitter audience amused.

On the occasion of Thanksgiving, US President Donald Trump addressed the press on multiple subjects, however, what caught the attention of netizens was the fact that he was sitting behind a desk which was much smaller than the usual desks used by US presidents.

Sitting behind his tiny desk, Trump continued to allege election fraud and even lashed out at one of the reporters and alleged media bias and refused to make any comments on his possibility of attending President-elect Joe Biden’s inauguration.

His tiny desk prompted many users on Twitter to compare his desk with miniature tables found in dollhouses. Very soon #tinydesk, #resolutedesk and #diaperdon started trending on Twitter.

Maybe if you behave yourself, stop lying to undermine a fair election & start thinking of what's good for the country instead of whining about how unfairly you are treated, you'll be invited to sit at the big boy's table. #DiaperDon pic.twitter.com/nnNOoOI1gl

May this be how we remember the Trump presidency: a baby at his tiny little desk throwing a tantrum pic.twitter.com/T26DjF1fL4