US Election Results 2020: Democratic candidate Joe Biden Wednesday said he was optimistic of a win in the US presidential elections and thanked his supporters for their patience. 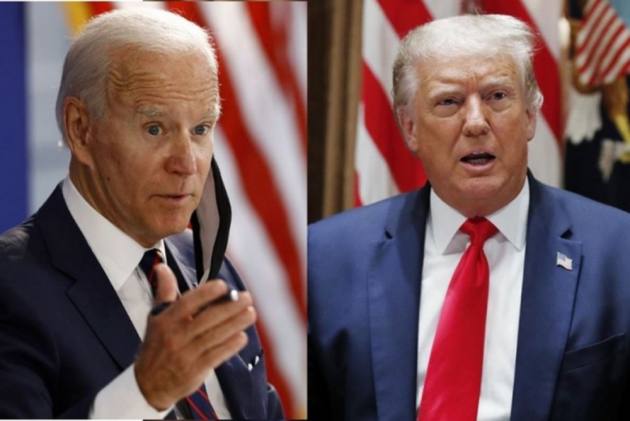 US President Donald Trump, addressing a press conference at a little past 2 am on Wednesday local time, accused the Joe Biden campaign of election fraud, and said he would move the US Supreme Court. “We want all voting (read counting) to stop,” he said, in an address from the White House.

“We were going to win this election. Frankly, we did win… Our goal is to ensure the integrity for the good of the country. We want the law to be used in a proper manner. So, we will be going to US Supreme Court,” Trump said, adding that the Biden campaign had committed “a fraud on the American public”.

Trump has won Florida and its 29 electoral college votes with a wider margin than his 2016 victory.

US Election 2020: Everything You Need To Know About Donald Trump-Joe Biden's White House Race

“I am proud to announce that Florida has once again delivered for President Donald J. Trump and that Florida Republicans will retain control of both chambers of the Florida Legislature,” DeSantis, a close ally of the president, said in a prepared statement.

US President Donald Trump tweets,  he will be making a statement.

I will be making a statement tonight. A big WIN!

Donald Trump has also been declared a winner in Kentucky with 8 electoral votes. He has won in the states of Nebraska, Louisiana, Alabama, Mississippi, Oklahoma, Tennessee, Kentucky, West Virginia, and Indiana.

Meanwhile, Vermont with 3 electoral votes has been called for Democratic presidential nominee Joe Biden. He has captured 17 states including his home state Delaware and big prizes California and New York, as well as the US capital, and Maine.

The latest tally of early voting in the US shows that almost 102 million Americans cast their votes before Election Day, an eye-popping total that represents 73 of the total turnout of the 2016 presidential election.

Biden's victory in Vermont is on expected lines as Democrats have kept the state in their column since 1992.

Trump's campaign claimed victory in the must-win state of Florida, though US media said that race was still too close to call.  The president's campaign made the claim in a tweet as ballots were still being counted in the state that holds 29 state-by-state Electoral College votes.

The New York Times put the president's chances of winning Florida at over 95 percent.

On Sunday night, Trump held a rally at Miami’s Opa-Locka Airport, 65 miles south of his Florida residence in Mar-a-Lago. On the other hand, Biden was forced to cancel a trip to the state in March due to the ongoing pandemic. However, he has made four trips to the state since he became the Democratic nominee.

The next occupant to the White House needs to win 270 of the 538 electoral college votes.

How many electoral college votes does Biden get when he wins in China?

As per the early trend, Biden has earned 85 and Trump 61 electoral college votes, with results from key battleground states just started trickling in. Biden, as per experts, has multiple paths to victory, with Trump having very little room to maneuver.

President Trump, who is seeking his re-election for the second consecutive term, in a tweet, expressed confidence in the results.

“WE ARE LOOKING REALLY GOOD ALL OVER THE COUNTRY. THANK YOU!” Trump tweeted.

WE ARE LOOKING REALLY GOOD ALL OVER THE COUNTRY. THANK YOU!

“Stay in line, folks,” tweeted Biden, “Stay in line,” said his running mate Senator Kamala Harris, who is of Indian-origin.

Counting this year has been slowed by the unprecedented use of mail-in ballots in response to fears of the coronavirus. More than 100 million Americans had already cast votes before Election Day.